Westworld Season 2 premieres on April 22 on HBO and promises to expand the playing field beyond the wild west. Up until now, fans of the series have only seen how Delos is entertaining patrons in the eponymous park, but it’s been established that at least one other themed amusement will show up in Season 2 — Shogun World. But how does Shogun World work on Westworld, exactly? Fortunately, there are hints from the showrunners and theories from fans that may help you wrap your mind around the concept.

Per Entertainment Weekly, Shogun World is meant to evoke the Edo Period, an era of Japanese history that spanned from 1603 to 1867. However, co-creator Jonathan Nolan explained that the park is more of an amalgam of different influences than a straight replica of the time period. "We felt free to have a composite with Shogun World and pick and choose," he said. "This is basically the Edo period, but with artifacts from across 300 years."

Nolan’s co-showrunner and wife Lisa Joy grew up in Taiwan, and she told EW that designing an Asian-themed park was personal for her. Nolan added that he loved watching Japanese films growing up and noticed similarities between old Westerns and samurai movies. "You had this wonderful call and response between these two genres — with the gunslinger and the ronin," he said. "They have identical tropes but are set within different cultures."

As for what to expect, viewers caught their first glimpse of Shogun World back in the Season 1 finale, "The Bicameral Mind," although the series didn’t reveal its title at that point. During the episode, Maeve (Thandie Newton), Lutz (Leonardo Nam), Hector (Rodrigo Santoro), and Armistice (Ingrid Bolsø Berdal), run into a room with the logo "SW" on the door. Inside, they find some hosts dressed like samurai, some deactivated, and two dueling with katana swords. "What is this place?" Maeve asks Lutz. "It’s complicated," he answers. 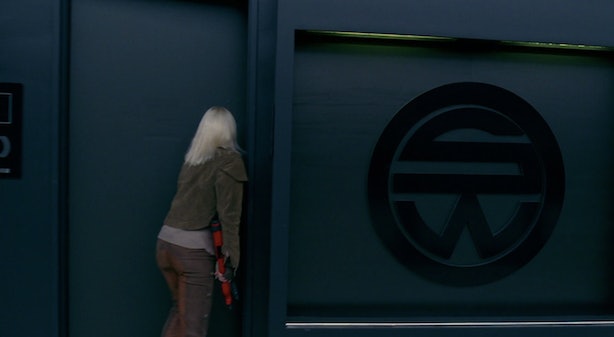 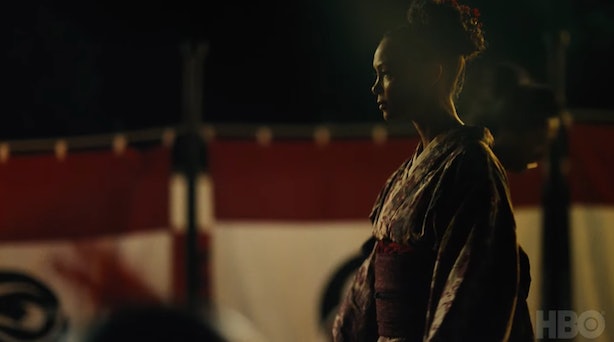 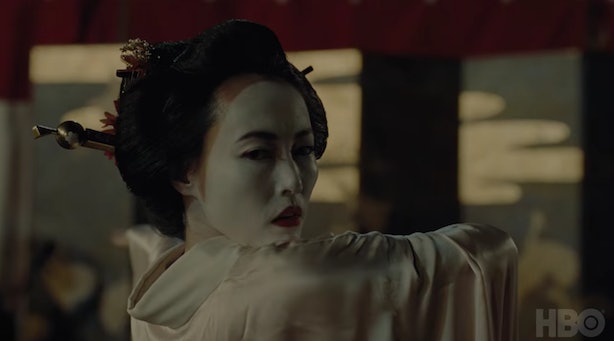 However Maeve gets to Shogun World and what she finds there, remains to be seen. But Nolan told EW that Season 2 includes an episode that’s entirely in Japanese. HBO released a title and a short synopsis for the first five episodes of this season, and Episode 5, which is titled "Akane No Mai" is previewed with just one sentence: "ショーグン・ワールドへようこそ," or "Welcome to Shogun World." So while HBO’s execution of the park remains to be seen, the introduction of Shogun World will certainly make the series feel richer and more extensive. There’s still so much more to learn.