Ex-army officer and his heavily pregnant wife swap Swindon for the African Savanna to build their own safari lodge in Zambia – surrounded by lions, elephants and deadly snakes

A couple determined to realise their dream of building a safari lodge swapped their life in Swindon for the African Savanna.

With an £85,000 budget they had set themselves the lofty challenge of building five en-suite chalets and a restaurant to host guests at £115 per night, filmed for Channel 4’s Our Wildest Dreams.

But after four months of building, Lyndon and his team of builders failed to meet their deadline – and were forced to leave their lodge behind to return to the UK to have their first child.

In the show, which follows British families starting over in some of the furthest corners of the planet, Lyndon has to drop his target of five chalets down to two, which he manages to finish just in time for Ruth’s return along with their six-week-old daughter Indiana May. 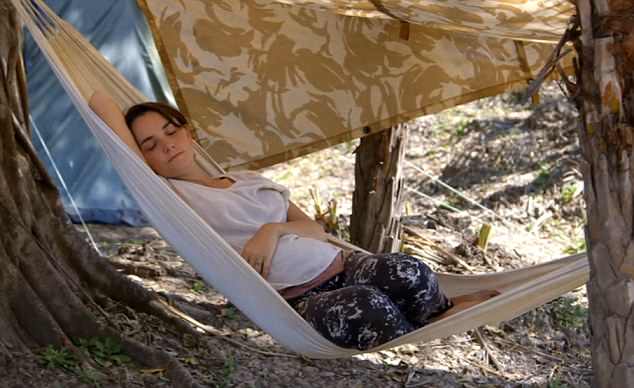 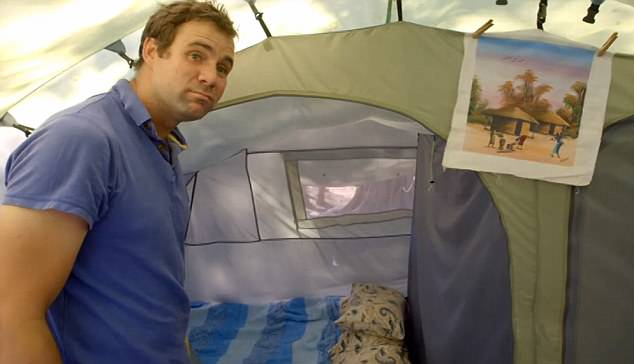 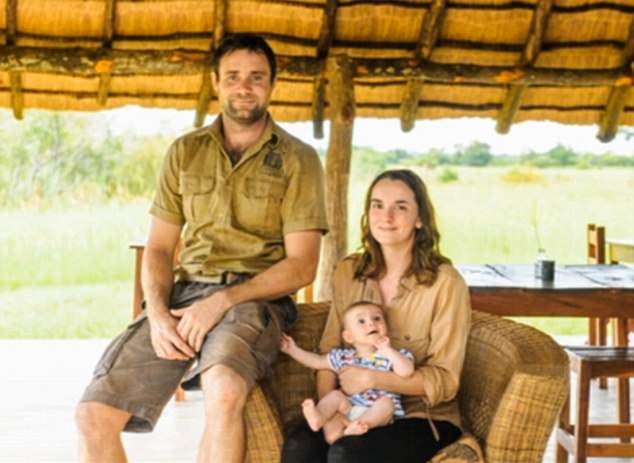 Midway through the build the couple welcomed their first child Indiana, returning home to the UK leaving their lodge behind 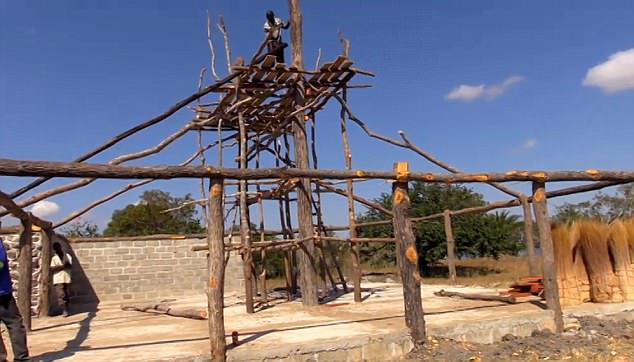 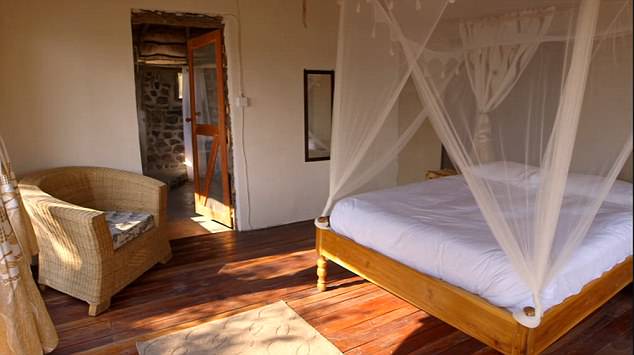 But they had set their sights too high and were only able to finish two of the chalets, one for them to live in and another for their guests

Lyndon had taken voluntary redundancy from his role in the army and came up with the idea of the safari lodge, which his primary teacher wife was only too happy to support.

Passionate about their new career path they moved to Africa in April 2016 – when Ruth was five months pregnant with their first child – hoping to open the Pinches Lodge before she gave birth in August.

Her mother and midwife Jo admitted in the show that she wasn’t best pleased about her daughter’s decision to follow her husband into the African bush.

‘We were aghast. As a whim it seemed they were setting up a safari lodge and never seemed to be any more thought about it other than they’d enjoy it there.

‘Why would you do that? You’ve got no experience, we were horrified,’ she said.

Unfazed by her family’s opinion Lyndon and Ruth sank every penny they had in to the lodge, which was surrounded by 100 acres of land and wildlife. 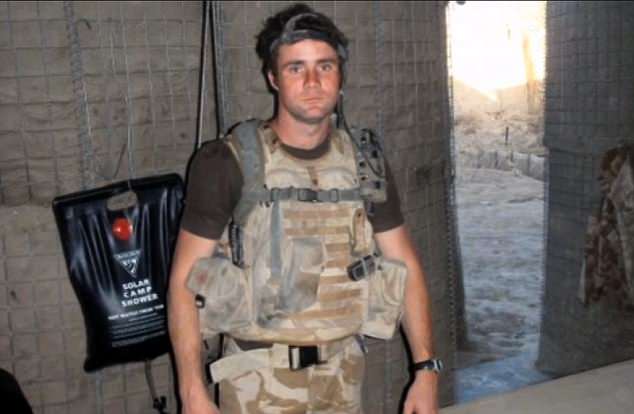 Lyndon had taken voluntary redundancy from the army and wanted a new adventure, coming up with the idea to launch a safari lodge 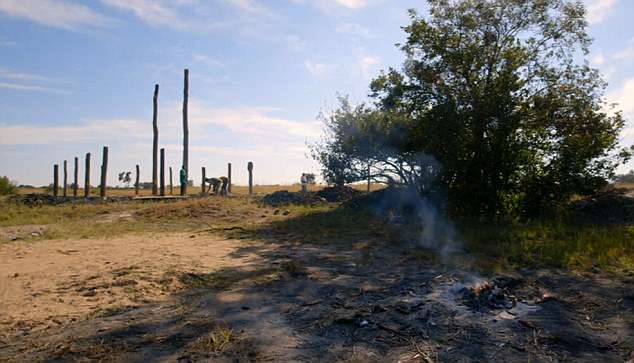 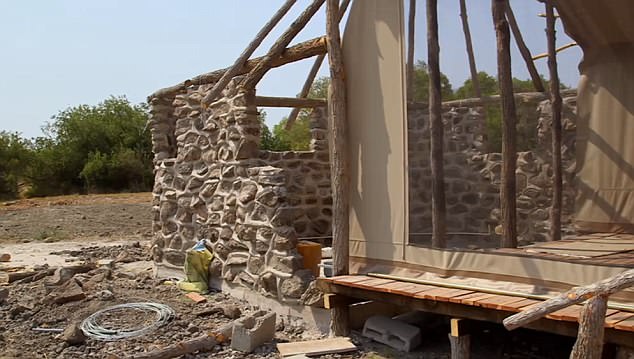 It was a slow process with materials in short supply, Lyndon had to make several 100mile trips to the nearest town 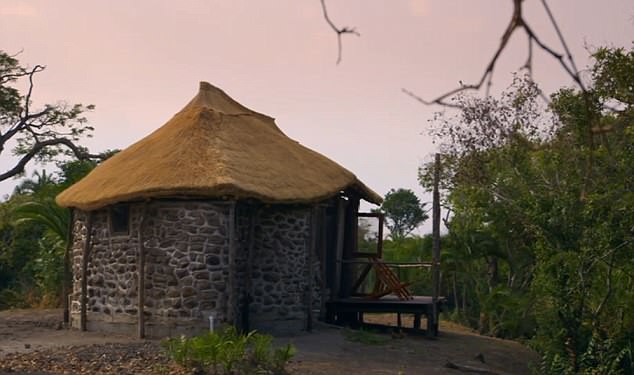 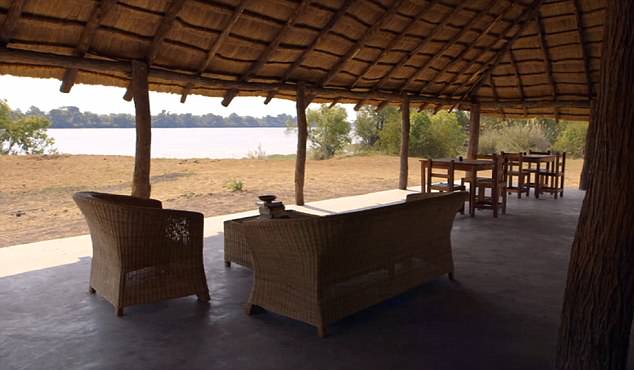 At the halfway mark they were considerably behind their target – with Lyndon under immense pressure to prove the pair had made the right decision to uproot them to the Savanna.

When the scheduled finish date arrived the team of builders were desperate to leave and return to their homes but Lyndon persuaded them to stay for four more days, paying them extra.

‘Four months was very ambitious to build five chalets and a restaurant with a 30m long roof… we set the bar very high.

‘I think I was very unrealistic about the targets,’ he confessed. 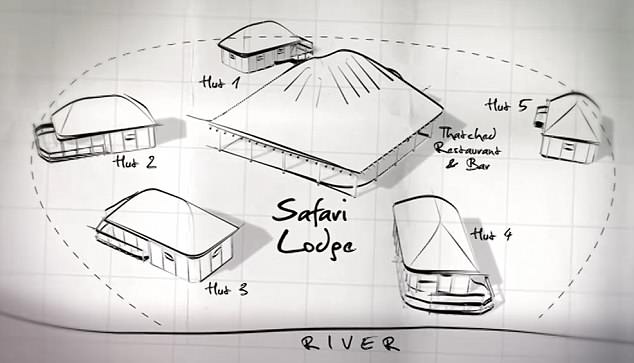 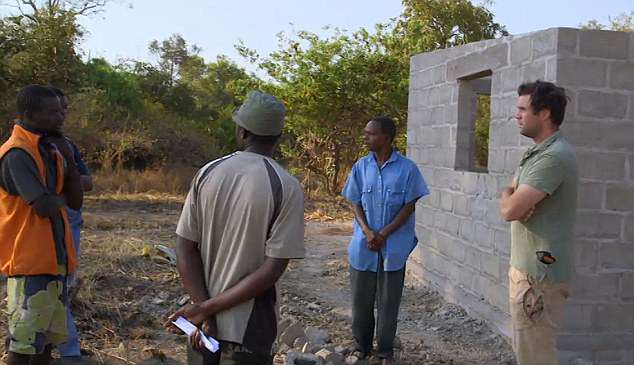 The couple also took the decision to change Ruth’s birthing plan – sending her back home to the UK a month ahead of her due date.

With Ruth gone and on a tight deadline Lyndon had to reduce their five chalets down to two – but had to leave it all behind to attend the birth of his first child.

After spending a short time in the UK getting to know their young daughter Indiana, Lyndon returned to put the finishing touches to their new life.

By September 2016, and just six weeks after giving birth Ruth returned to Zambia in time to welcome their first paying guests.

Ruth reflected on her new life with her daughter and husband in the Savanna: ‘With all the terrorist attacks and life at the moment… It’s looking like a more appealing option.

‘She is going to have the most amazing childhood growing up in Africa.’ 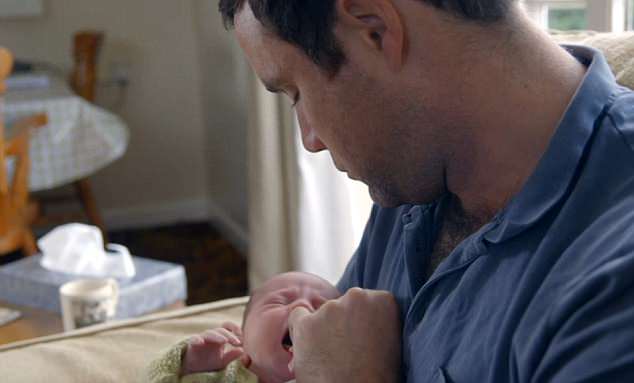 ‘I’m proud of what we’ve managed to achieve in such a short time, if you look at where we were even at the beginning of this year, to this,’ Ruth added.

Lyndon said: ‘This time three years ago I’d come back from operations and you were a teacher. It just goes to show if you’ve got the drive and determination you can just do anything really.

‘I think we just wanted to do something exciting, we didn’t want to trudge along the same road because that was what everyone else was doing. We wanted to have a go fulfilling our own dreams.’

Since opening their lodge in September 2016, the couple have had more than 300 guests and have built one more chalet – and are now expecting their second child together.

Our Wildest Dreams returns on Friday at 8pm on Channel 4