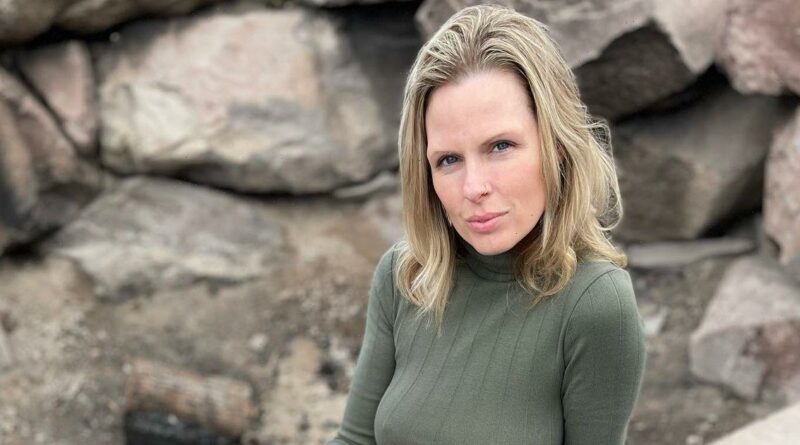 A former Mormon-turned OnlyFans model has opened up about her lifestyle choices after it caused a rift between her community.

Skyler, 39, from North Carolina, US, was a member for over a decade before turning her back on congregation in 2018.

Alcohol, cigarettes, coffee and gambling were also frowned upon.

Free from restraint after leaving, Skyler decided to explore her sexuality by uploading sexy snaps to her 168,000 Instagram followers.

And when she wants to take things to a more explicit level, the mum-of-two uses her OnlyFans account for that.

But her new saucy career hasn't gone down well with her former community, or her new neighbours and friends.

She said: "As a family, we have been shut out.

"I joined the Mormon church because at the time my husband was part of it, but we left having grown frustrated with the rigidness of the religion and having to give so much of our time and money to it.

"No vices were allowed. No drinking, no smoking. Only sugar was allowed. The amount of baked goods we ate saw us both put on weight and it had a knock-on effect on our marriage.

"It became a sexless marriage. I stopped looking good for my husband. We also had a tonne of arguments about giving 10% of our income to the church."

She added: "They teach you secret handshakes and walk you through the three levels of heaven, which funnily enough correlates with giving more of your money and baking more cookies.

"It was delusional and we had to get out of there.

"Being a Mormon was taking things away from me as a wife and as a mum. It was time to do something for myself, my family and my marriage. As soon as we left, we smoked a big joint and had the best sex we had in years."

Skyler was outed to her family and friends after a mum of one of her daughter's friends found her page.

The model admitted: "I've always admired women who aren't afraid to show off and have fun.

"It's something I secretly wanted [as a Mormon] but didn't really know how to do it.

"When I started my Instagram account I tried my hardest to block people from seeing me. I went through my entire friend and family list. But one day my posts turned up on the explore page, where my daughter's friend's mum spotted me.

"She called me up and said my Instagram wasn't 'appropriate'. I felt slut-shamed. She then said she wouldn't be sending her daughter round to our house anymore.

"It broke my heart seeing a decision I made hurt my daughter so much."

Skyler had also been shunned by other mums, as well as her husband's friend of 40 years who called up and started yelling on the phone.

But despite the backlash, the mum doesn't regret her choice and says OnlyFans has worked wonders for her marriage.

She added: "My husband has been my biggest supporter and without him being so encouraging and amazing this wouldn't have worked out. After being a housewife for so many years I now feel sexy and liberated.

"My husband gets turned on as he has a hot wife fetish and the idea of other men wanting to get with me gets him going. When we're thinking of a racy caption together it spices up our bedroom talk. OnlyFans has added something to our marriage.

"I much prefer exploring this avenue and having a better marriage with my husband than to toe the line with people in this bible belt town."