Home » Lifestyle » Fabergé In London review: A treat awaits you at the V&A 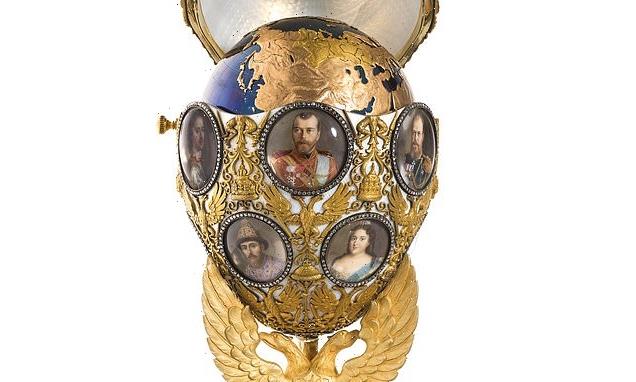 A treat awaits: Fabergé In London at the V&A celebrates Britain’s love for the Russian jewellery house with a kaleidoscopic selection of eggs

The Russian jewellery house opened in 1842, was shut down by the Bolsheviks in 1918 and produced 150,000 objects in between. The most famous of these were the glorious, jewel-encrusted Easter eggs made for the Romanov royal family each year.

The majority of the firm’s offerings, though, were more everyday items, from photograph frames and opera glasses to perfume bottles. 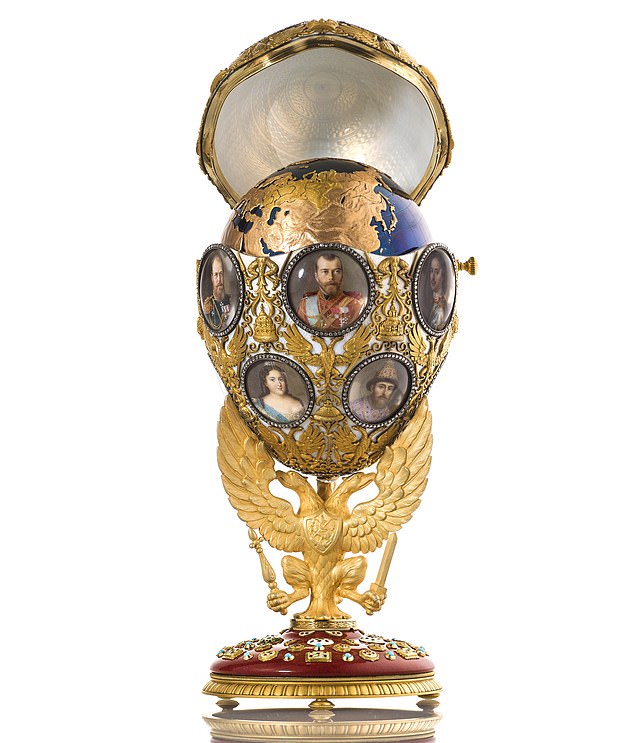 If you know nothing about Fabergé besides the stunning eggs, a treat awaits you at the V&A. Above: Romanov tercentenary egg by Fabergé, 1913

A new exhibition focuses on the British love for Fabergé: a love so great that the jewellers opened a store in London’s West End at the turn of the 20th Century.

The clientele comprised royals, aristocrats, socialites and financiers. The show includes a deep-blue cigarette case decorated with a diamond-set serpent, which snakes its way around the front and back.

A masterpiece of art nouveau, it was given to Edward VII by his mistress, Alice Keppel, in 1908 – and politely returned to her by Queen Alexandra after his death.

The exhibition has treasures throughout, but the final room is the undoubted showstopper. It contains a kaleidoscopic selection of 15 Fabergé eggs (bear in mind that only 50 or so were ever made).

Many of them have no obvious British connection, but so glitteringly exquisite are they that few visitors will care.

It’s all but impossible to single one out, but I particularly liked the Moscow Kremlin egg from 1906. This takes the form of the Dormition Cathedral, in the Kremlin, where all the tsars had their coronation. A crowning achievement indeed.