If Legally Blonde the Musical is a guilty pleasure – and a musical that starts with a number called Omigod You Guys surely qualifies) – it’s still infectious entertainment. Like Wicked, it’s a female buddy musical with a teen movie vibe and hummable songs, and any half-decent production mounts its own irresistible defence through the pure fun of seeing it onstage.

Australian audiences last had that opportunity back in 2013, when it premiered with Lucy Durack and Rob Mills. Naturally, this indie production doesn’t have the star power nor budget of commercial theatre, but it isn’t being run on the smell-of-an-oily-rag either, and the brio of the performances wins you over. 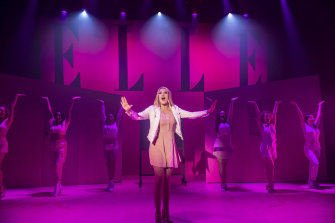 The plot sees Elle Woods (Samm Hagen) – a cheerleading Valley Girl who looks like Malibu Barbie – ditch her ditzy facade and study like mad in her senior year to get into Harvard Law School, after being dumped by her boyfriend Warner (Joshua Firman) for not looking serious enough. 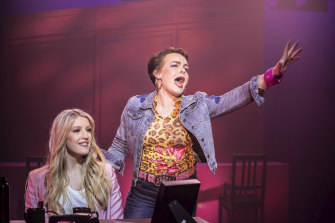 When she joins the legal defence in the murder trial of a high-profile exercise guru (Crystal Hegedis), she uses her legal smarts (along with her sorority membership, fashion expertise and unerring gaydar) to save the day.

Though Hagen isn’t ideally cast as Elle – she captures the sharp mind underneath, but not quite the effervescent veneer that this reinvention of the screwball comedy seems to demand – she commands your attention and sings flawlessly.

As her comic offsider, Sizer has a wonderfully throaty jazz voice and a flair for the ridiculous, and the show’s pinkest, frothiest moments are buoyed by Elle’s “Greek Chorus” of sorority sisters (Sophie Stewart, Tayla Coad, Asmara Soekotjo), who revel in frothy hilarity and snappy choreography, and do much to energise the group scenes. 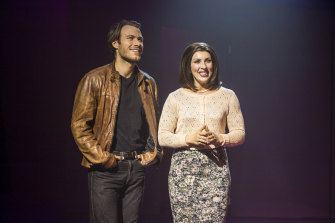 Both romantic male leads strain a little vocally in parts, and the typologies could be more sharply realised. Still, men play second fiddle in the show, and Firman and Lever perform well enough for the rom-com to fly.

You may have to gloss over a few bung notes from the orchestra, too, but they don’t detract from everything this production gets right. With the camp precision of the more outlandish comedy, dynamic performances, and the slickness and pace with which this production unfurls, you’d have to be a hanging judge not to deliver a favourable verdict.