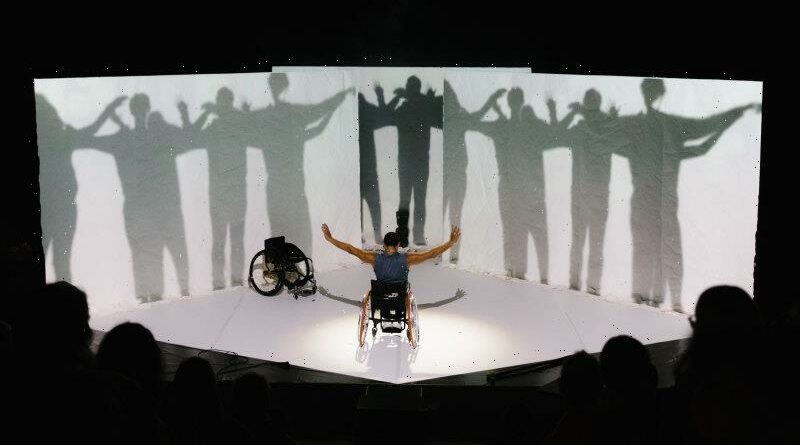 When Rodney Bell (Ngāti Maniapoto) returned home to Aotearoa after living rough in San Francisco, he carved a Meremere, a Maori weapon out of wood, and reflected on culture. 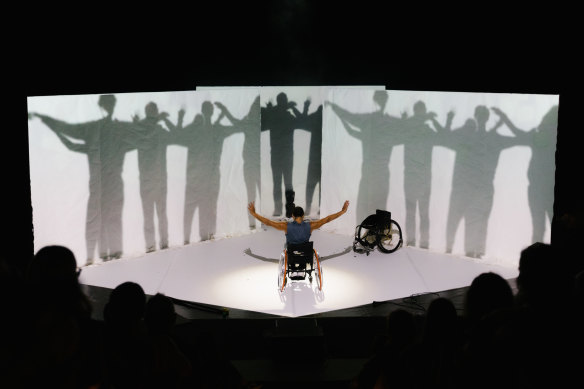 Bell dances in a wheelchair and Meremere, his biographical show, offers an uplifting glimpse of the pulls between family, career and disability.

Dance, both in the chair (Bell’s “girlfriend”) and alongside it, is only one piece of complex yet accessible storytelling peppered with grit and humility.

On a white, triangular stage, Rowan Pierce’s projections literally extend Bell’s arms or, at other times, move in response to his physical directions.

The visual integration allows for a richly textured work and only enhances, never detracts, from Bell’s material. At one point, Bell positions himself onto a projection of beds in a homeless shelter, shifting from one to another, trying to secure a spot. Later, San Francisco street facades and maps loom large around him.

When Bell dances – his arms wrapping around his bare torso, slapping a microphone on his chest in body percussion or showing off wheelchair tricks – it’s easy to see why he won the prestigious Isadora Duncan Dance Award. 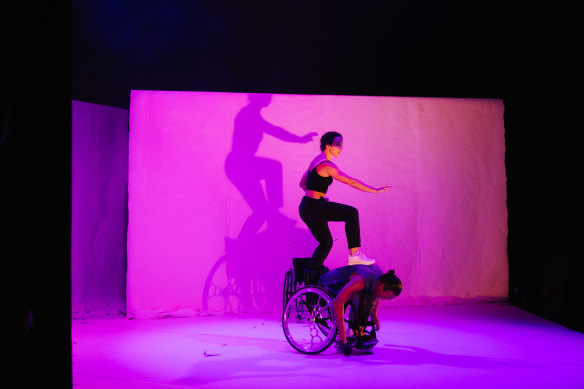 His physicality is fierce, but vulnerable, especially so when guest dancer Brydie Colquhoun emerges from the audience to duet with him. She balances atop his back, manipulates his chair into spiralling turns and locks eyes in intense stares. Projections of the same duet performed in earlier years highlight Bell’s prolific career in mixed ability dance companies.

Musician Jol Mulholland is side stage for the entire journey, dishing up a mix of guitar, vocals and electronica and very much part of the production.

Meremere’s tight collaboration (directed by Malia Johnston) elevates it to a solo that is more than the sum of its parts. With great yarns to tell and coming from the heart, it’s not sugar coated or preachy, just honest.