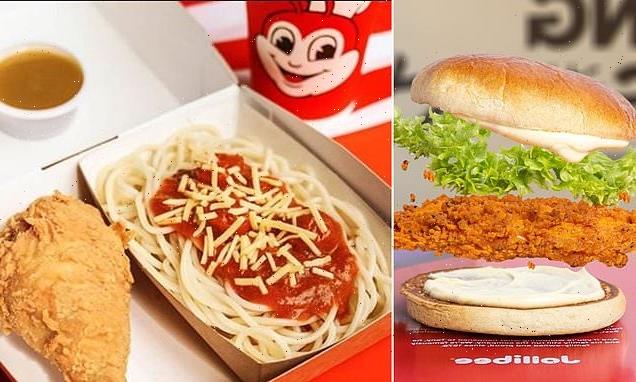 Another international fast food chain is coming to the UK! Filipino favourite Jollibee reveals plans to open 50 stores in the UK by 2025 following in the footsteps of US giants Taco Bell and Popeyes

Filipino chicken chain Jollibee is set to open 50 restaurants in the UK in the next six months, making it the latest international fast food chain to lay roots on British soil.

Famous around the world for crispy fried chicken and fast-food classics with a tropical twist, the fast food giant will open its new restaurant in London’s Leicester Square tomorrow, and has plans to open in Leeds, Cardiff, Reading, Edinburgh, Glasgow and Newcastle in the next six months.

Bestsellers include Chickenjoy, the famous crispy fried chicken made with a family-secret marinade; Jolly Spaghetti, made with a Filipino inspired sweet-style sauce, loaded with layers of cheese and hot dog slices; and the Jollibee Chicken Burger, perfectly prepared by the team with hand-breaded juicy fried chicken for extra crunch.  All their burgers are priced at £3.99.

The fried chicken chain opened a small site in Earl’s Court in 2018, which sparked 18 hours queues of more than 1,000 people with some saying the opening ‘brought them more joy than the birth of their children’ and people camping overnight to get a taste of the fried chicken.

They have since opened up in Leicester, Liverpool and Leeds but the new £30million expansion plan is their biggest to date. 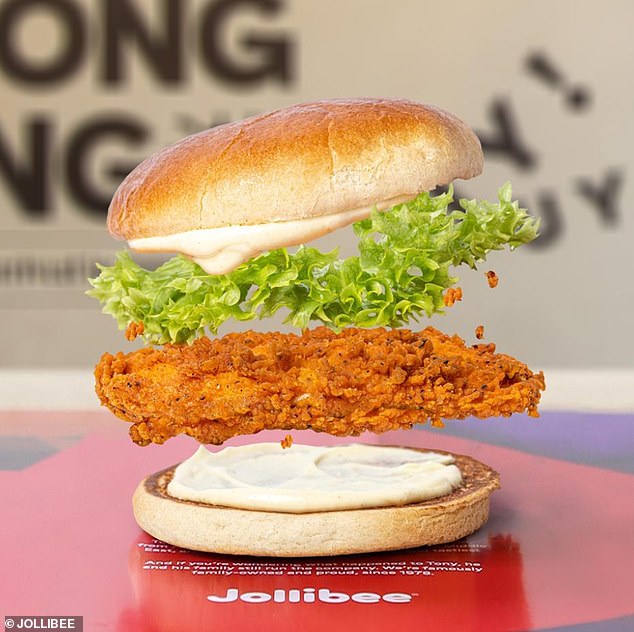 Filipino chicken chain Jollibee is set to open 50 restaurants in the UK in the next six months, making it the latest international fast food chain to lay roots on British soil.

It comes as US cult brand Popeyes announced plans to open up their first restaurant in the UK, following in the footsteps of Wendy’s who are also set to open their first British branch.

The chain was founded in the Philippines in 1978 and now has stores across the globe including the USA, Canada, Italy.

Adam Parkinson, Business Head for Jollibee Europe told FEMAIL: ‘We are very excited for Londoners and visitors from across the UK to come try our famous chicken burger.

‘Don’t let the price fool you – we are confident this is the best chicken burger in London. I could talk all day about the quality and care we put into each burger, but instead, we’ve set the price at £3.99 so our customers can easily taste the quality and decide for themselves. They won’t be disappointed!’ 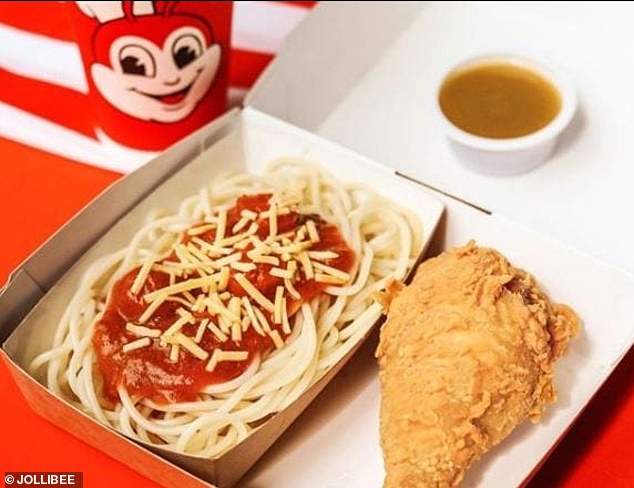 Bestsellers include Chickenjoy, the famous crispy fried chicken made with a family-secret marinade; Jolly Spaghetti (pictured), made with a Filipino inspired sweet-style sauce, loaded with layers of cheese and hot dog slices; and the Jollibee Chicken Burger, perfectly prepared by the team with hand-breaded juicy fried chicken for extra crunch.

‘The past year has been tough on the restaurant industry across the world, but Jollibee remains on track for continued growth across the UK and Europe. With restaurants allowed to serve customers inside from 17th May, we know the London community is keen to return to socialising with friends and sharing great food. Our Leicester Square restaurant is a fantastic place for our customers to spend time, try out our delicious menu and just relax – something I think the whole country is craving right now.’

Ernesto Tanmantiong, CEO of Jollibee Group told FEMAIL: ‘Bringing Jollibee to London’s West End is part of our continued commitment to expanding in Europe and bringing our delicious crispy Chickenjoy® to more people around the world.

‘Globally, Jollibee Group plans to open 450 restaurants across its brands this year with the long-term goal of being one of the world’s top five restaurant operators. 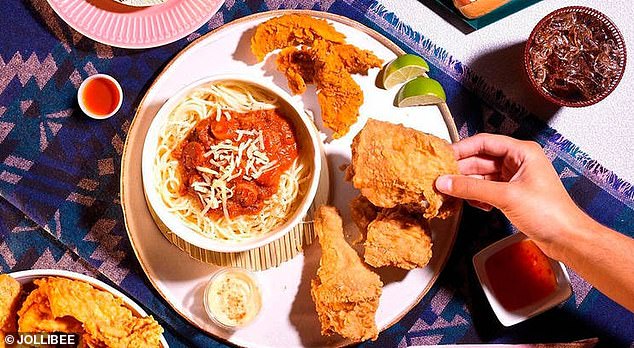 The chain was founded in the Philippines in 1978 and now has stores across the globe including the USA, Canada, Italy.

‘We know customers are excited to try new restaurants and visitors will return to key tourist destinations like central London, helping to fuel the capital’s restaurant industry.

‘It’s great to see local communities in the UK trying our food for the first time and becoming loyal customers.’

The last two decades has seen soaring success for intentional fast food joints in the UK.

Cult US fast food brand Popeyes is set to open its first restaurant in the UK this year, while Wendy’s, which is known for its spicy nuggets and square burgers said they are set to open two branches in the next five months in the UK,. 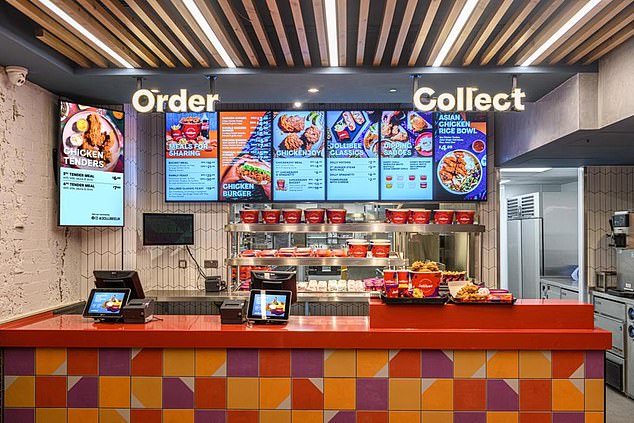 Pictured is the inside of the restaurant in Leicester Square, which is set to open tomorrow

Five Guys, which first opened in the UK in 2013, now has 95 restaurants with three more set to open this year.

Shake Shack also opened it’s first restaurant in London in 2013 and now has 19 locations in the UK.

More recently, Taco Bell has made a successful journey across the pond, while Chick-fil-A opened in Reading in 2019 but closed following a row about it’s parenting company funding anti-LGBT organisations.

Dennis Flores, President of Jollibee Europe, Middle East, Asia and Australia added to FEMAIL: ‘Opening in central London in such an iconic location is a huge step forward for Jollibee. Behind the scenes we have been perfecting our new menu items as well as planning our brand-new restaurant design.

‘The store in Leicester Square is designed to provide impeccable customer service. We want to provide the best experience for our customers, from ensuring each menu item is of the highest quality down to the comfortable seating.’

The new restaurant will create job opportunities for 60 Londoners, providing some much-needed support to London’s hospitality industry and bringing a fun and unique dining experience to the people of the city.