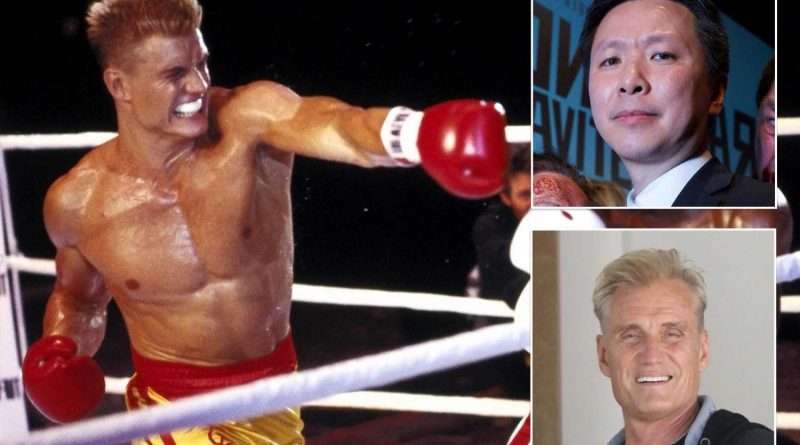 A British filmmaker is stepping into the ring with “Rocky IV” star Dolph Lundgren, suing him for allegedly pulling out of their agreement to make a “fly-on-the wall” documentary shortly before its completion, court papers say.

Chee Keong Cheung, whose action-horror thrillers include “Redcon-1,” said he entered into a “50/50” partnership with Lundgren in January 2020 to film the actor and martial artist at his home in Los Angeles and on film sets, chronicling his daily life for a year, according to a lawsuit filed Friday in Los Angeles County Superior Court. He said he incurred nearly $100,000 in expenses and accumulated 100 hours of footage.

The idea behind the documentary was to present “a fascinating and insightful contrast to Lundgren’s public persona as an action star,” according to court papers. Cheung met Lundgren in 2015 on the set of “Malevolence,” a feature film Lundgren, 63, directed and Cheung co-wrote. That film is due to be released next year, according to IMDb.

According to Cheung, Lundgren agreed to split the documentary revenues after Cheung recouped his costs, including filming and editing expenses, from the finished product. But in October, Lundgren’s manager called Cheung to tell him Lundgren had changed his mind and wanted to work with Canadian company Score G. Productions on a similar documentary project.

Less than two months later, Lundgren refused to continue filming and allegedly breached the agreement with Cheung, according to court papers.

“As a result, Cheung was denied the benefit of the bargain he struck with Lundgren, denied the opportunity to profit from the year of work he devoted to the documentary, and left holding the bag on all the costs,” court papers say.

Born in Sweden, Lundgren began acting at the suggestion of his former lover, the Jamaican singer Grace Jones, for whom he first worked as a bodyguard in Australia. He moved with her to New York, where he studied acting, worked as a bouncer at the Manhattan nightclub Limelight and partied with artists Andy Warhol and Keith Haring. His big breaks came when he was cast as a KGB agent in the James Bond film “A View to a Kill” and Soviet boxer Ivan Drago in “Rocky IV” in 1985.

Later, he starred in numerous action films, including “Masters of the Universe,” “Aquaman” and “The Expendables” alongside Sylvester Stallone.