A former Florida Department of Health employee sued the state on Monday over a search warrant executed on her house after investigators said they identified a message sent from a computer at the address to health department employees. Rebekah Jones, who was fired in May for insubordination after repeatedly violating department policy about communicating with the media, helped create the state’s coronavirus dashboard. She contends that she was fired for not falsifying data.

The Florida Department of Law Enforcement served the search warrant earlier this month. Jones posted a 31-second video of officers entering her home, and the department later released more than 20 minutes of bodycam video that shows she refused to respond to phone calls and knocks on her door. 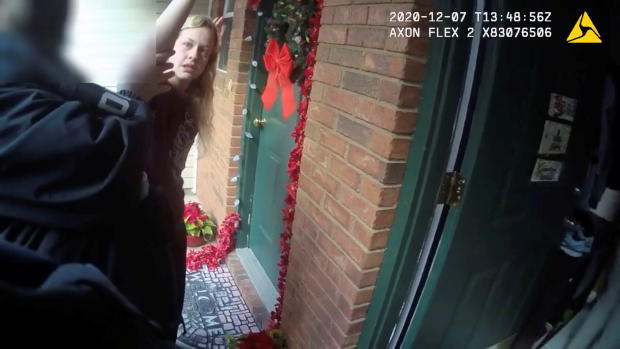 Jones said that she, her husband and two children were asleep when the officers arrived. Speaking in a YouTube interview with Florida Today earlier this month, Jones said she needed to get dressed and told her husband to take the children upstairs because she thought the officers were arresting her and she didn’t want them to see that.

She said she doesn’t understand why the officers needed to raid her house with guns drawn.

“They were there to serve a search warrant for a computer. This was not an illegal, underground cartel,” she said. “There was no risk of danger and (the delay in opening the door) does not excuse that behavior.” 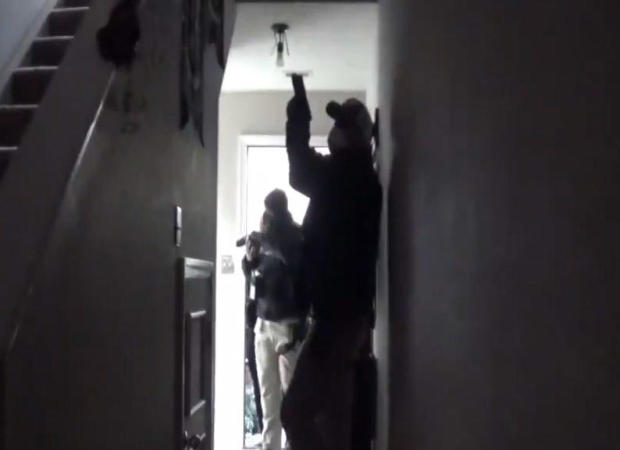 The message that led to the search warrant implored employees still at the Health Department “to speak up before another 17,000 people are dead. You know this is wrong. You don’t have to be a part of this. Be a hero.”

Jones has had several run-ins with law enforcement over personal issues, but has gained international attention by disputing Florida’s COVID-19 statistics. She was paid almost $48,000 a year as a Department of Health employee, but since May has raised nearly $260,000 on a GoFundMe account after criticizing Republican Gov. Ron DeSantis.

“Plaintiff’s firing captured a great deal of media attention nationally and in Florida, much of it negative toward Governor Ron DeSantis,” the lawsuit says. “Governor DeSantis openly denounced Plaintiff in the most vitriolic and vituperative manner in the furor following her firing.”

It says the search of her home was a “sham.”

The commissioner of the Florida Department of Law Enforcement, Rick Swearingen, said he was “proud of the professional” shown by his agents as they executed a legal search warrant at the home.

“Our criminal investigation continues, and while I have not seen this lawsuit, I believe the facts will come out in court,” the commissioner added in an email sent to reporters.

No charges have been filed in the investigation.