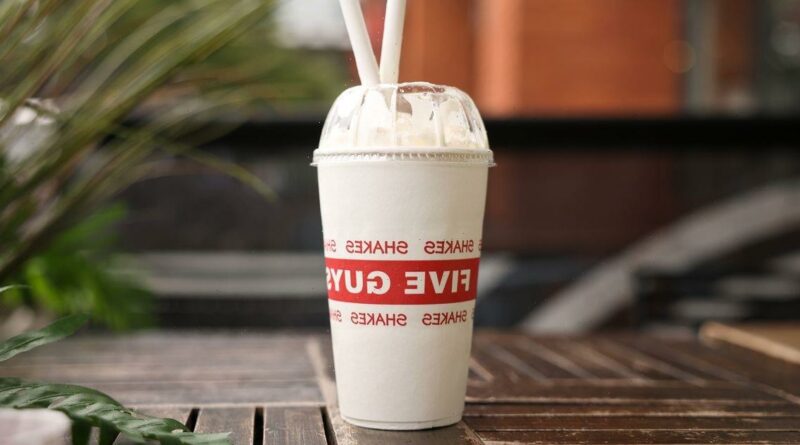 Five Guys have introduced a new addition to their Christmas menu, and food lovers have said it's left them feeling "sick".

The fast food chain revealed it will be marking the festive season by adding a pigs in blankets milkshake to its menu.

It marks a step up from the restaurant's previous bacon offering, but with a pretty big festive twist.

READ MORE:Frankie & Benny's will give free Christmas meals to people in need this winter

And while pigs in blankets are a popular favourite on the British Christmas dinner, not too many people seem keen on the idea of chewing on little bacon bits in their milkshake.

If you're feeling adventurous you could even mix it up by sampling it with some of Five Guys' other nine milkshake mix-in flavours – such as Oreo pieces, Lotus Biscoff, Reese's Peanut Butter Cups, strawberry, banana, chocolate or salted caramel.

That said, we wouldn't really recommend it…

Five Guys told customers: "Trust us when we say don't knock it 'til you try it, because you'll be eating your words once you finish it – or should we say drinking them!"

Even though the popular fast food restaurant has assured customers they're in for a proper festive treat, many people can't get their heads around the idea of a meat-flavoured milkshake.

After the Metrocentre shared news that the unusual drink was set to drop on its Facebook page, people quickly replied to share their disgust.

One person wrote: "Noooooo! That's worse than pineapple on pizzas!"

"Even I wouldn't fancy this, although I'm slightly intrigued," another Five Guys fan added.

Five Guys confirmed the milkshakes will be on sale in stores nationwide until Boxing Day.