Home » Lifestyle » How ‘The Flash’ Could Bring Back The Newest Member Of The Team, Even After His Tragic End

Spoilers for the April 17 episode. The Flash‘s Season 4 big bad guy, Clifford DeVoe, is working his way through the population of metas in Central City, and his latest victim is Ralph, also known as Elongated Man. Ralph’s transformation from schemer and scammer to bonafide good guy wasn’t always an easy one, especially when it came to sacrificing himself for the greater good. But is Ralph Dibney really dead? The Flash has featured some tragic character deaths, but the series has also founds ways to bring back characters who have seemingly died.

The series is on its fourth iteration of Wells at this point, so there’s no rule saying that Ralph, or at least actor Hartley Sawyer, can’t return in the future. According to Deadline, Sawyer was cast for a recurring role, not to be a member of the main cast. And the comics don’t give much of a hint either. Ralph Dibney did die in 52 Vol. 1 Issue 42, but in circumstances that are so different from the current storyline on The Flash that it probably won’t be relevant (in that version, Ralph helps defeat an ancient evil while choosing to die in order to be reunited with his dead wife).

But for now, it looks like whether or not Ralph is really gone — as in, permanently off the team and never to return on the show again — what really matters is how it will emotionally affect the rest of the team, especially Barry, according to what the Flash cast told Entertainment Weekly about the aftermath of Ralph’s death. It was Barry’s advice that led Ralph to spare DeVoe’s life, and so "he’s going to carry a lot of guilt for not being able to save Ralph, and it does affect the whole team," Danielle Panabaker (Caitlin) said. But Barry won’t be able to move past this immediately. "Barry’s kind of in denial about his role in Ralph’s death […] he’s kind of repressing it a little bit and wants to keep moving, because we still have DeVoe to deal with," Grant Gustin (Barry) told EW.

Perhaps defeating DeVoe will actually revive Ralph, absolving Barry of some of his guilt. DeVoe has killed all of the bus metas so far, but for now, Ralph’s (stretchy) body is still alive, with DeVoe’s mind controlling him. And since the team believes Ralph is the Thinker’s ultimate target, it’s possible that Ralph will be the body that DeVoe chooses to keep alive as he completes the rest of his plan. If Team Flash is able to defeat DeVoe, that means that they may be able to rescue Ralph’s body — but DeVoe could easily use Ralph’s body as a bargaining chip to get away from the heroes, who don’t want to experience the pain of losing their friend twice.

As Gustin told EW in the same piece, "Barry has some guilt that he feels just because he feels like […] he pushed Ralph too hard. It feels just like another person that died because of Barry." Barry’s guilt sometimes leads him to make decisions that have worse repercussions — look no further than the entire Flashpoint disaster — so it will be up to the rest of the team to make sure that they execute a well thought out plan to stop DeVoe, and don’t let Ralph’s death or the fact that the Thinker is now wearing Ralph’s face affect their plans. 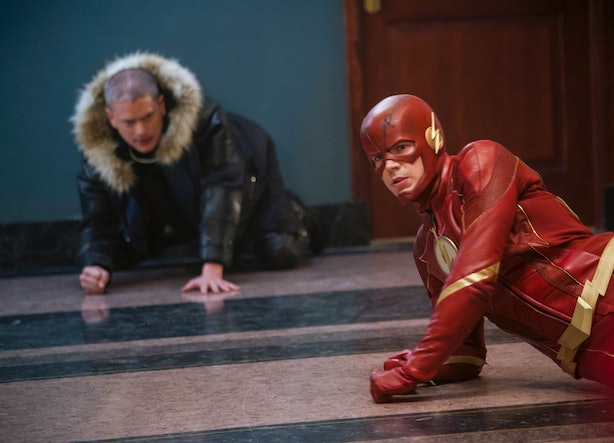 Even if this Ralph really is gone forever, there are always alternate universes. Given that The Flash Season 4 is reintroducing another version of Citizen Cold after that character’s death to help defeat DeVoe, odds are good that Ralph will reappear in some form, even if this version of the character is really dead. But it would be a shame to lose all of the character development The Flash spent a season building in Ralph Dibney to have him return to his pre-heroic self. But there’s hope, whether your theory is that Team Flash will defeat DeVoe and find a way to save the metas, Barry will travel through time in a way that won’t unravel the fabric of the universe, or that another Elongated Man who’s also been able to embrace his warm and fuzzy side will somehow appear.