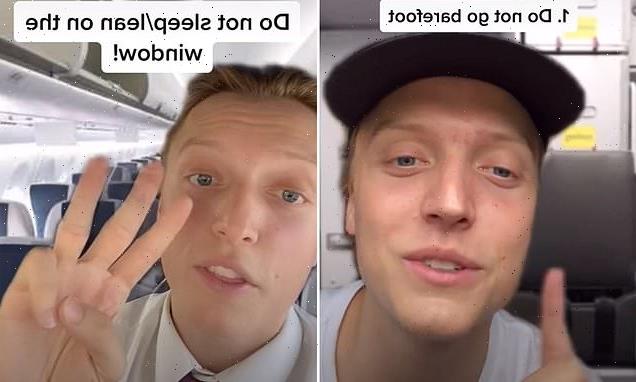 Why you should NEVER take off your shoes on a plane: Flight attendant reveals 10 of the most unsanitary and unsafe things people can do while flying – from leaning on the window to touching the toilet flush A flight attendant is lifting the lid on the common things that people should never do on a plane, from falling asleep with their head on the window to ignoring the safety demonstrations. Tommy Cimato, who has more than 126,000 TikTok followers, has been using his platform to warn passengers against certain in-flight behaviors in his popular ‘ Five Things You Should Never on an Airplane ‘ videos. 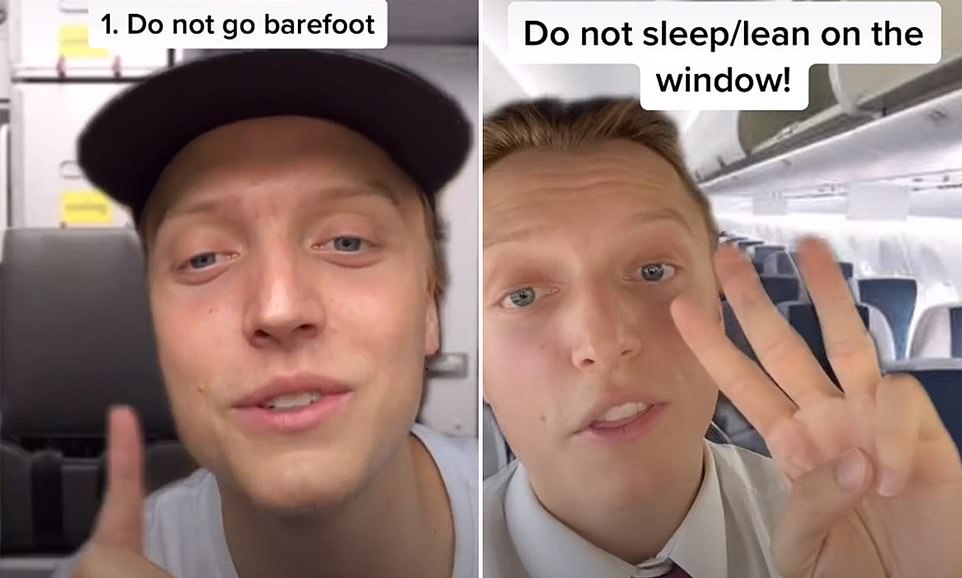 Nearly all of the things the Arizona native advised against were safety-related, with Cimato pointing out some of the most germ-covered areas on the plane that people should try to avoid at all costs. 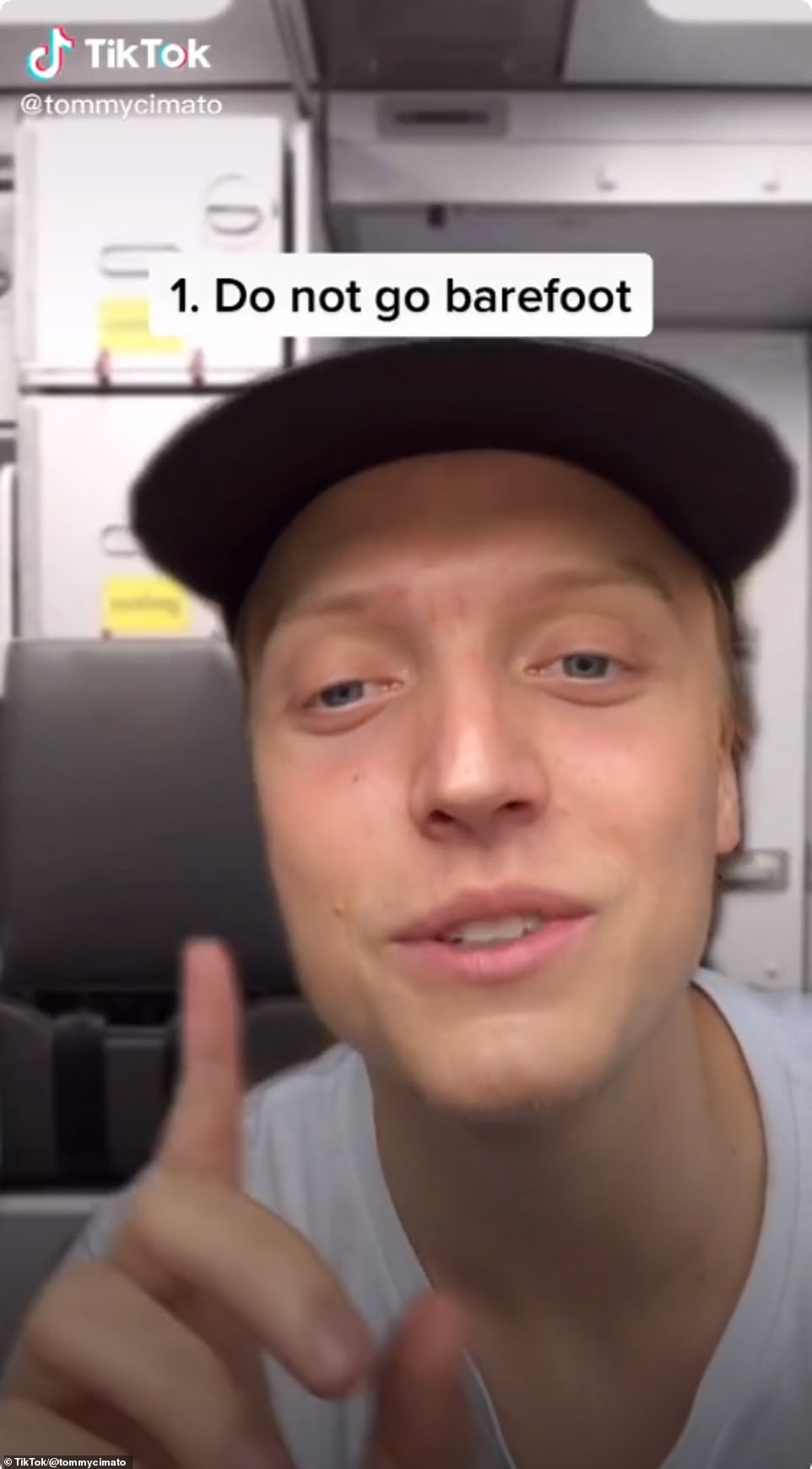 ‘Do not ever go barefoot. Don’t take your shoes off,’ he insisted in his first of two videos, which was posted in July. ‘The floors are filthy. I see so many people do this and it’s just not sanitary. Don’t do it.’ 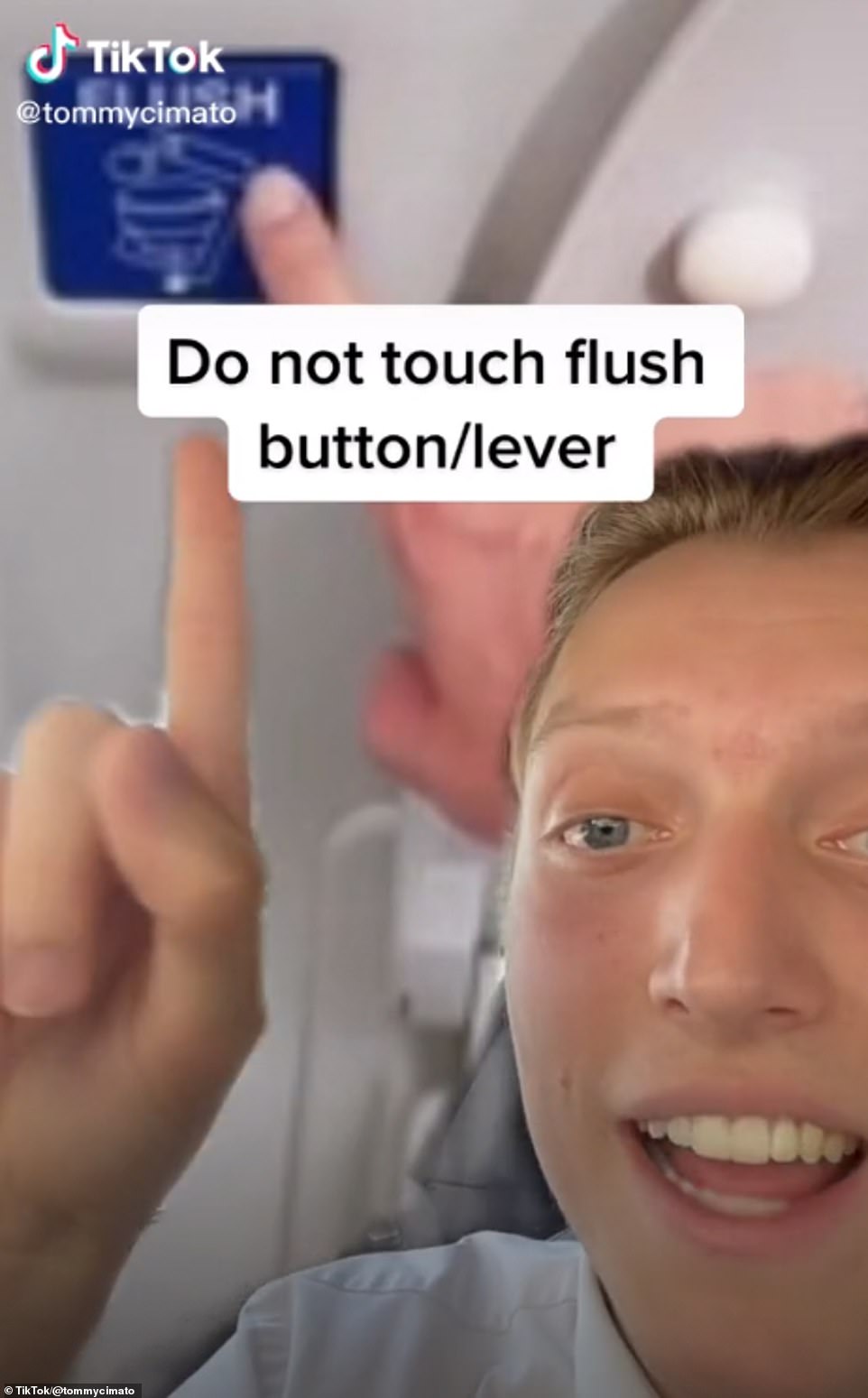 Yikes: In one of his popular ‘Five Things You Should Never on an Airplane’ videos, he pointed out that the toilet and windows are some of the most germ-covered areas on the plane. Cimato went on to warn against getting up during turbulence and ignoring the flight attendants’ safety demos. ‘In the unlikely event of something happening, if you paid attention, you are 80 percent more likely to survive,’ he explained. 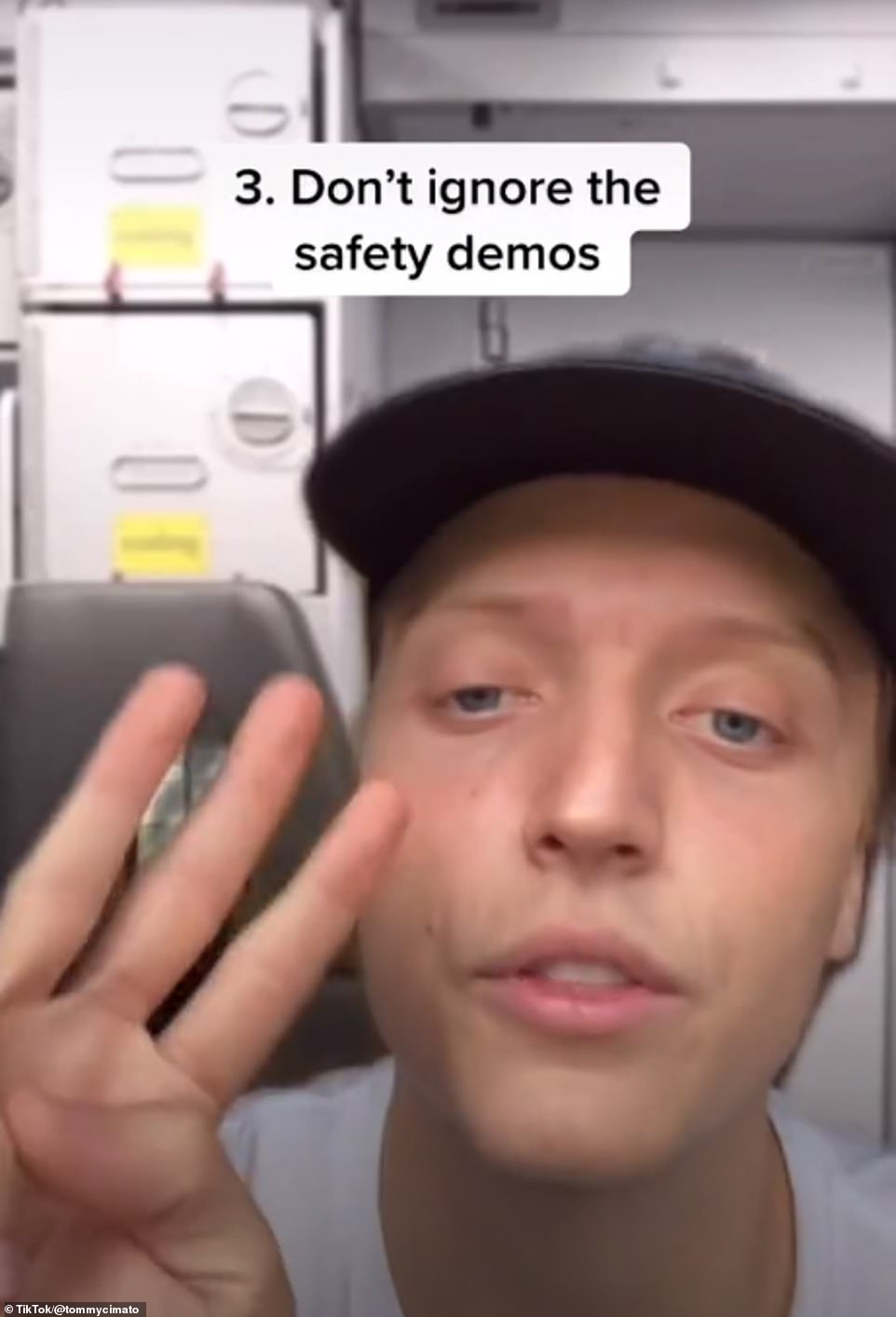 He also warned against ignoring the flight attendants’ safety demonstrations. 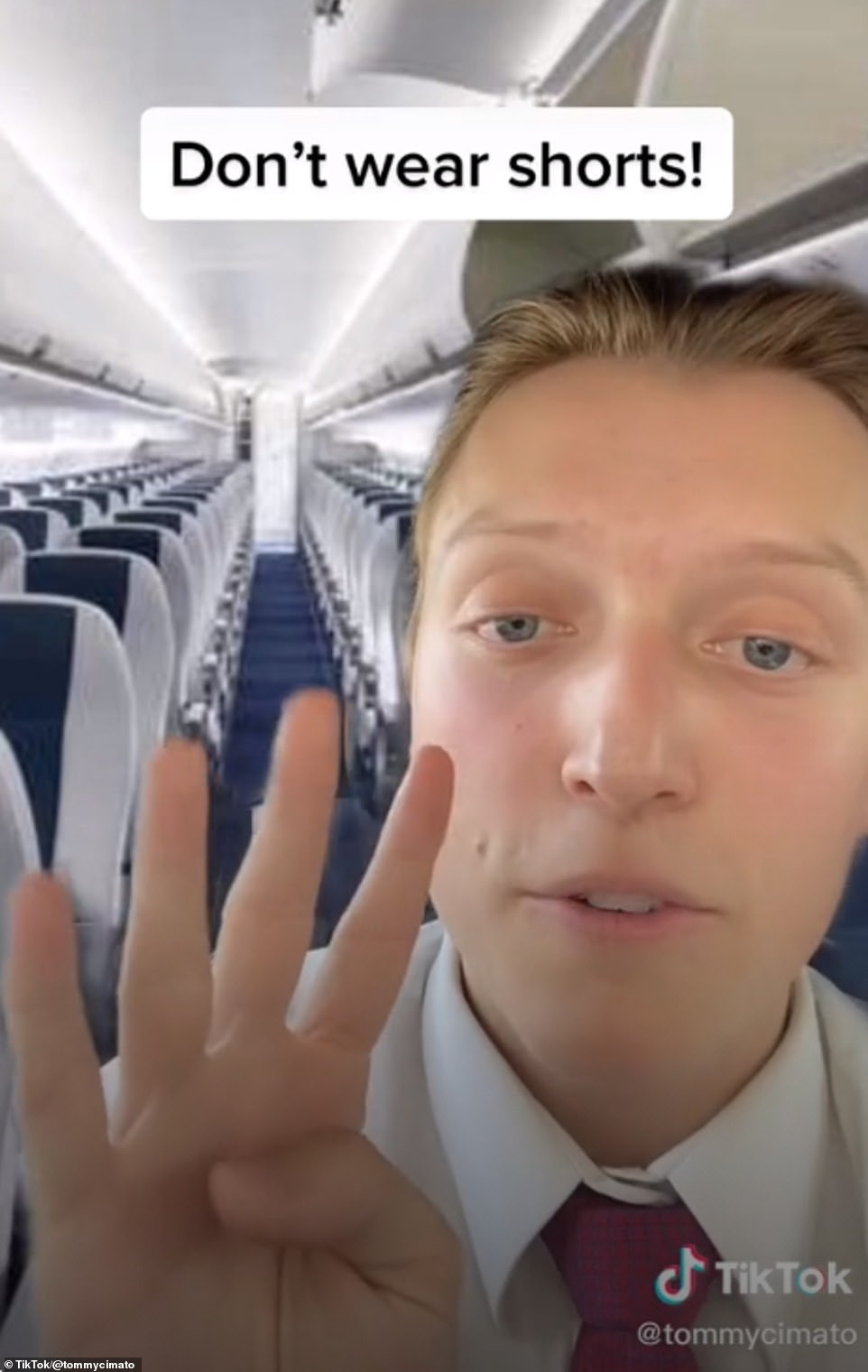 Cimato said passengers shouldn’t wear shorts on an airplane if they can avoid it, saying: ‘You never know how clean it’s gonna be’. 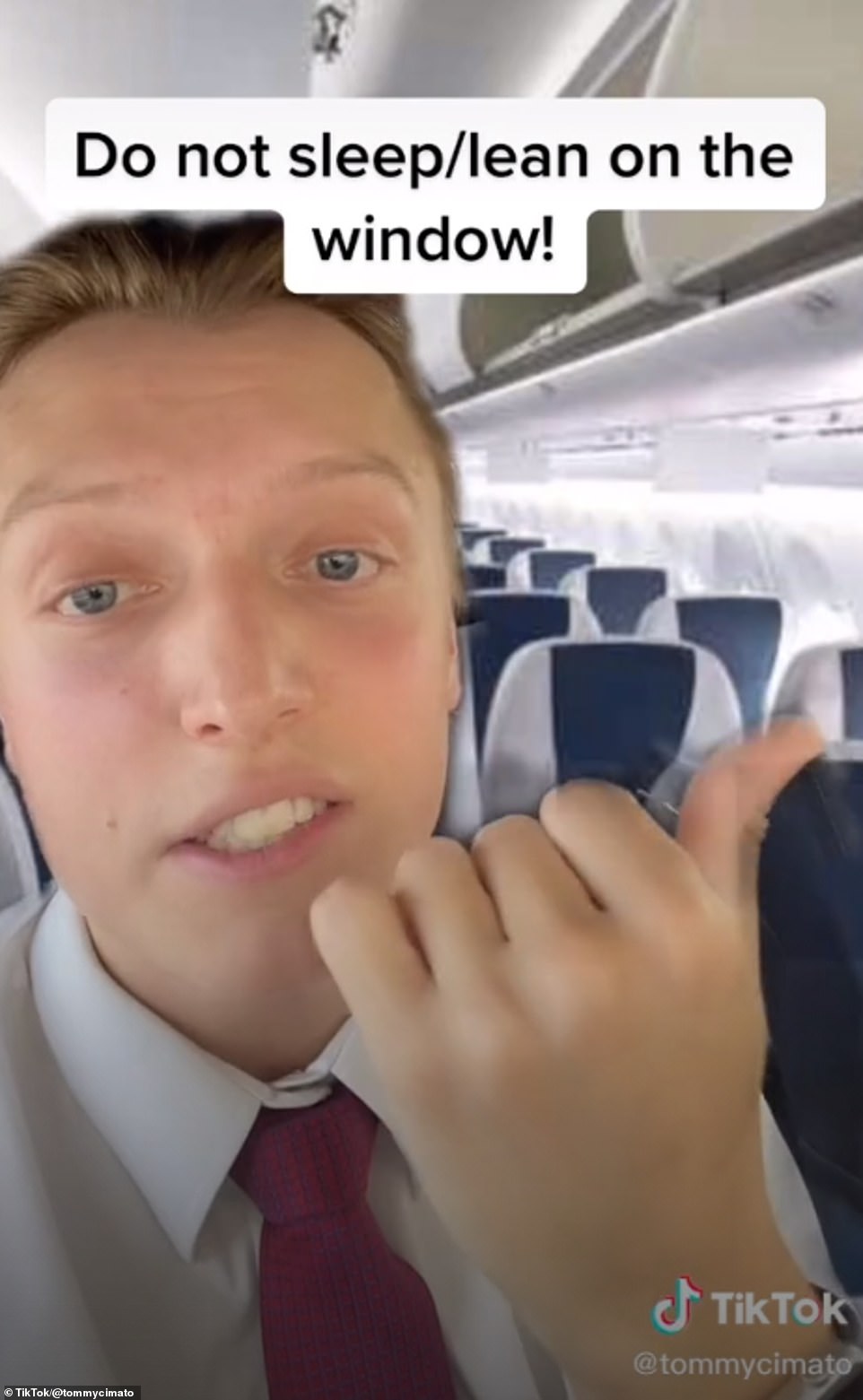 Another germ-covered spot on the plane? According to Cimato, the windows can be filthy. 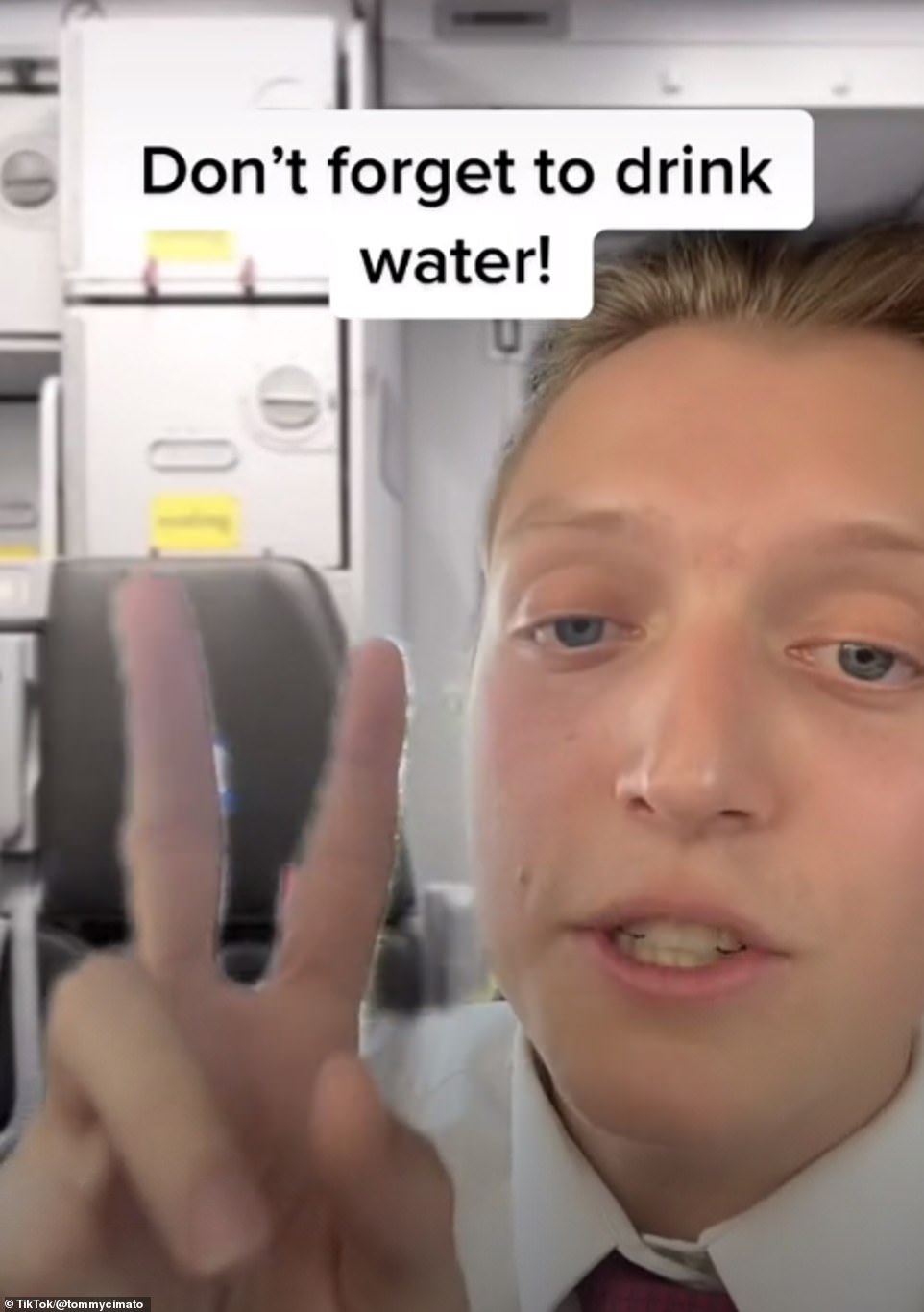 The flight attendants are there to help if you need them. 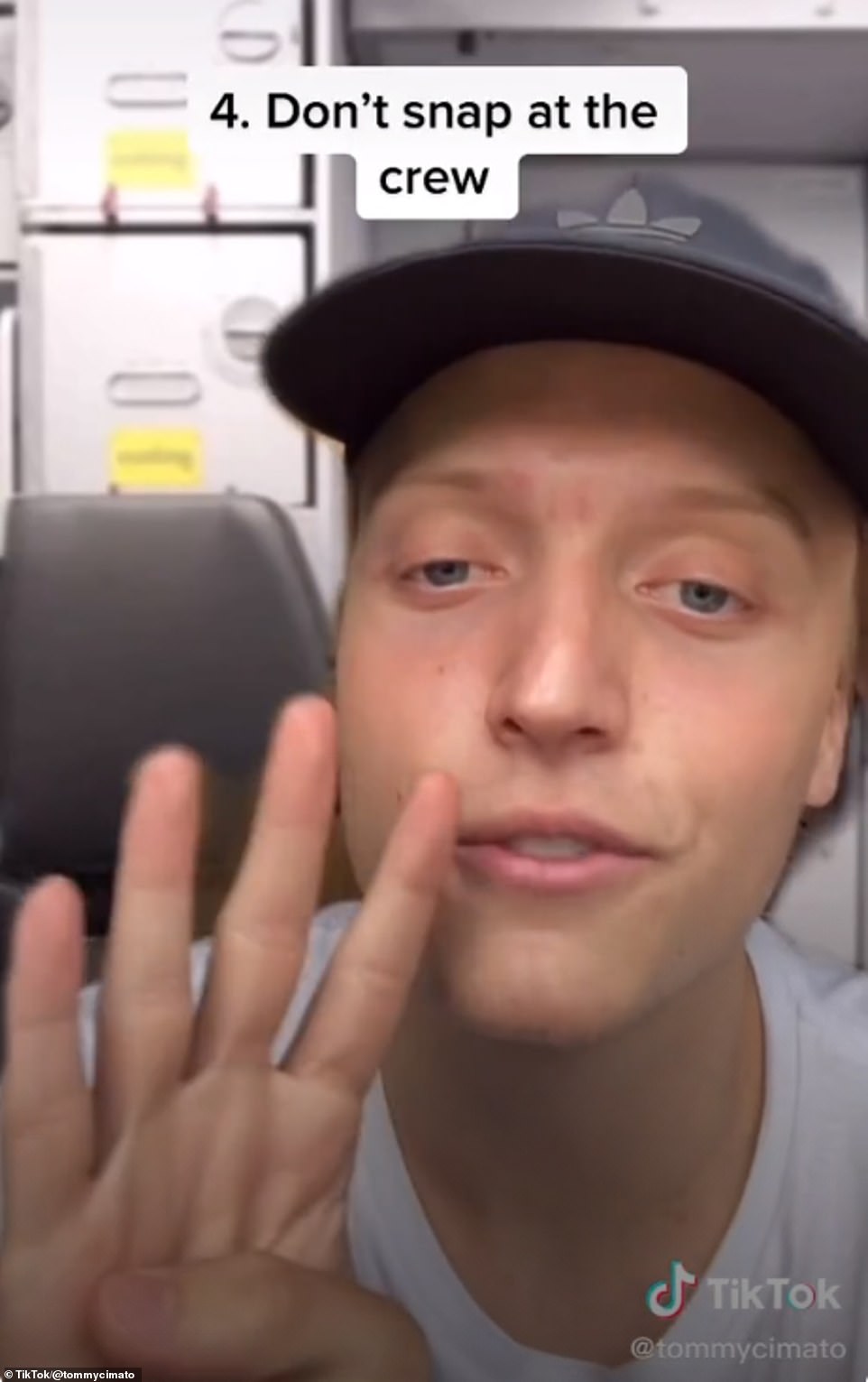 Cimato ended the video with something many hurried passengers do at the end of a flight: get out of their seats as soon as the plane lands. 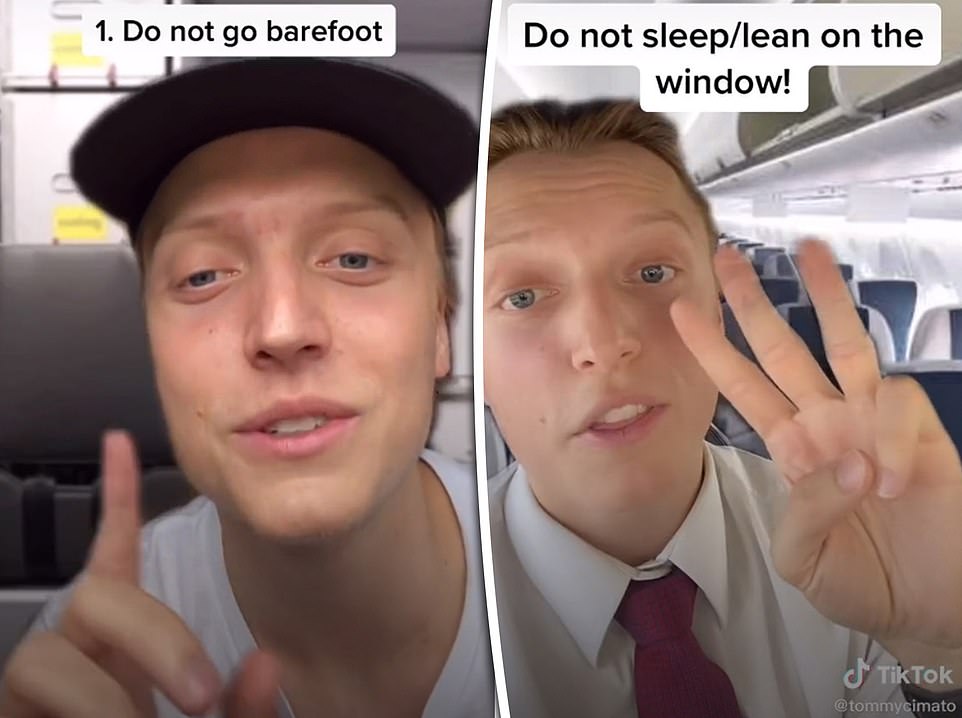 Cimato’s first ‘Five Things You Should Never on an Airplane’ video has been watched nearly 90,000 times, but it was his follow-up clip that went viral with more than 4.2 million views.