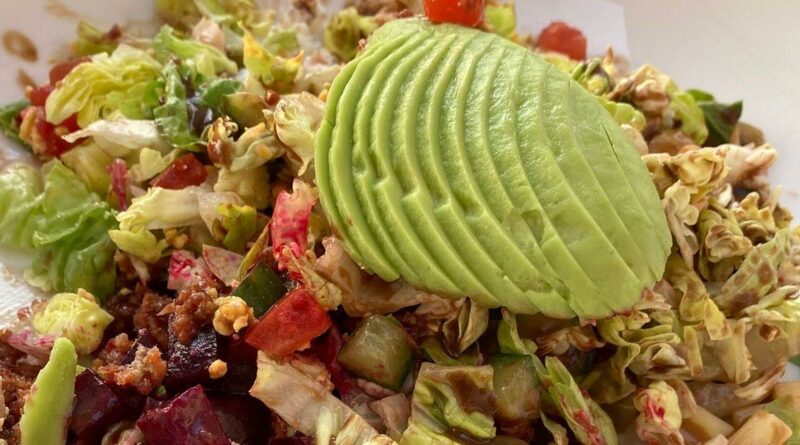 A food reviewer has slated a pop-up restaurant for having "abysmal" food and "inexplicable" prices.

Restaurant expert Jay Rayner wrote a review of the Polo Lounge on the rooftop of London’s Dorchester Hotel for The Guardian over the weekend. And let's just say he didn't exactly hold back.

The reviewer slated the restaurant over many of its dishes, including a "sweaty" salad, which cost £28, "rigid" crab cakes, which will set you back £32 and a "grim" rigatoni bolognese bowl.

He also slammed the establishment for not having a wine under £85 and for its disappointing live music.

Talking particularly about the salad, Jay wrote: "The McCarthy salad costs £38, and arrives looking like someone with an organising compulsion has been at the Garfunkel’s salad bar.

"There are separate sections for chopped beetroot, skinned tomato, bacon minced to a paste, chicken breast with the texture of value-range cotton wool, cubes of sweaty, squeaky cheese, shredded egg and, on top, an avocado that’s been halfway through an egg slicer. Underneath is shredded romaine, including the gnarly hard bit at the centre."

While on the crab cakes, he adds: "The three diminutive crab cakes for £32 have a rigid shell the development chefs at Findus would envy and taste only lightly of crab, as if embarrassed about the star ingredient.

"They come with a sauce reminiscent of school-dinner salad cream circa 1975."

Meanwhile, on the wine, he says he "gets shouty" when the cheapest bottle of wine is £30.

Considering that the cheapest available at the Polo Lounge, according to Jay, is £84 for a "bog-standard Bardolino rosé", it was safe to say he wasn't happy about that either.

He fumed: "Almost all the wine list is marked up like this. Somebody sat in a room jack-knifed over their calculator, fingers punching furiously, and thought this was fine. It isn’t fine."

The only dish the reviewer did like was a chilled strawberry soufflé, which he described as a "true delight". However Jay still said it was pretty steep at £20 for the dessert.

He also praised the staff, who are "friendly, relaxed and completely on it".

Jay wrote in the article that he's been accused of "rice-bashing" restaurants in the past, but he said the Polo Lounge seemed to be "bashing the rich" itself with its "dismal food at inexplicable prices".

He concluded the review by saying he paid more than £370 for a meal that included "a dreadful salad, terrible crab cakes, mediocre pasta, and a grossly overpriced rosé."

Daily Star has contacted the Polo Lounge for comment.