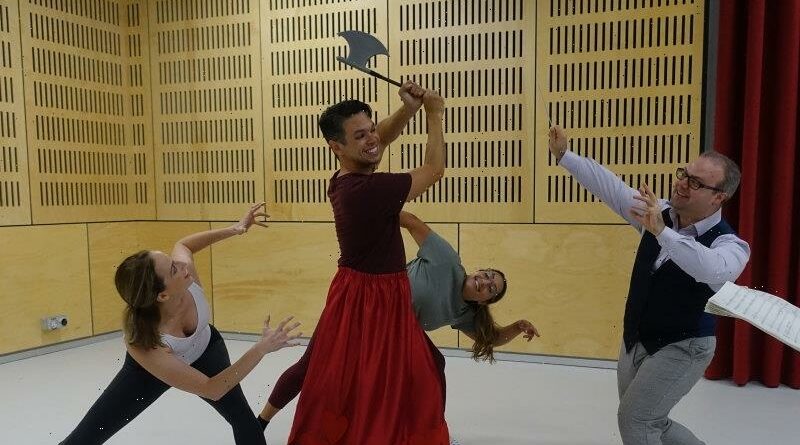 Opera has a reputation as a hidebound, conservative artform. But in the recent experience of ex-pat Australian conductor Matthew Toogood, it’s been flexible and revolutionary.

In 2020, when the first coronavirus wave swept through Europe, closing opera houses across Toogood’s stomping grounds in Berlin and at the Konzert Theatre Bern in Switzerland, he and his colleagues made infectivity the mother of invention. 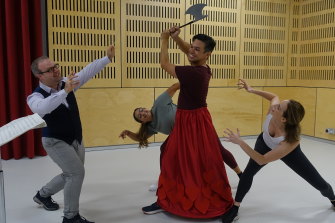 Bern dug into the repertoire of “chamber opera” (Toogood’s time at Shoestring Opera in Melbourne came in useful), they rehearsed with a social-distancing grid painted on the floor, they programmed avant garde pieces with small casts and redirected scenes to give performers reasons to avoid singing in each other’s faces.

“It’s a creative industry — if we can’t be creative, who can be?” Toogood said at the time. There were advantages over pre-pandemic years: “even when the theatre is full, you don’t hear anyone cough”.

A year and a half later, he’s back in Melbourne to direct another innovation: the Australian Contemporary Opera Company’s outdoor production of Alice’s Adventures in Wonderland, originally commissioned for London’s Opera Holland Park, coming this weekend to the park outside the MCG.

It fits perfectly between Toogood’s gigs in Europe – he’s left Bern and gone back to freelancing, based out of Berlin. Fellow Aussie expat Barrie Kosky is artistic director of the Komische Oper there. In April, Toogood will conduct Kosky’s staging of Orpheus, with an orchestration of the 400-year-old Offenbach score by Australian composer Elena Kats-Chernin.

Opera is heavily subsidised in Germany and a lively, central feature of the cultural calendar. But, says Toogood, it has faced a major challenge.

“The German system has relied, for a very long time, on [the fact that] if someone gets sick, then with three hours’ notice, you could call up eight singers from two hours away who have the part … there is this pool of singers,” he says. “But once the travel restrictions come into place, and sickness, it has made that pool much drier.”

Also, German opera tends towards more unusual, conceptual direction, “it’s not as easy as ‘the score says you move over there and shake their hand’; it’s like, ‘no, you should be dancing with a monkey’.

“The most shocking thing in a German house would be to have a traditional, as-it-was-written production. I think they would flip, it would be so strange. There is this idea of pushing what art can be. And a bit of attitude that directors have to put their stamp on it – ‘well, Mozart may have meant this but I know better’.”

As a result of these factors, says Toogood, “this idea of a salaried ensemble, which has gradually shrunk over the last decade, I feel there may be some importance of rejuvenating that”.

He wonders if Australia is the same: “why risk flying someone over from America who might get sick?”

“There has always been talent in Australia, that has often been overlooked. An unknown coming from Estonia that no-one has heard of before who is marketed to be the next big thing and what a privilege … there are people that go [to see an opera] because of local singers, and you see that too in Germany.”

He says Alice appealed to him because it’s an outdoor picnic opera, which seemed both fresh and practical given the unpredictability of the pandemic. He loved the eclectic musical styles, and the show’s absurd, fairytale quality.

“I immediately realised why it was so popular in Holland Park,” he says.

Alice’s Adventures in Wonderland is in Yarra Park March 6 and 13, and Mount Macedon March 12. See acoco.org.au for details.