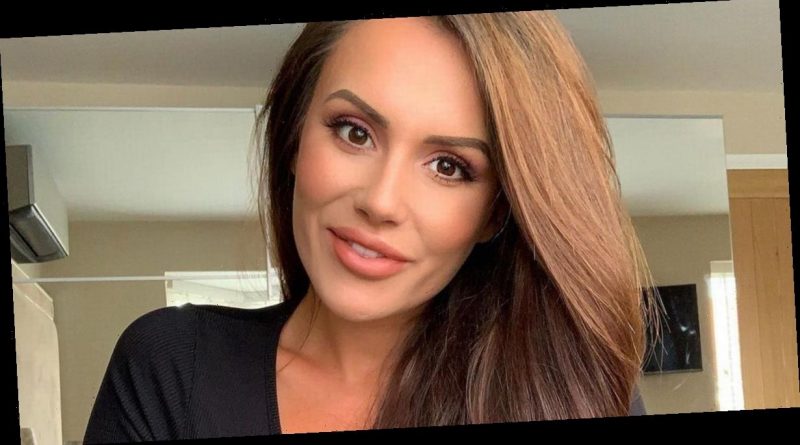 A woman ditched her career as a police officer and started uploading sexy roleplay content on OnlyFans.

Charlotte Rose decided to leave her job as a cop after just one year as she disliked the male-dominated work environment.

She said: “I always wanted to be a vet growing up and got into Cambridge University but decided to defer my place for a year.

“Someone suggested I look into being a dog handler with the police in that time, so I applied and planned to work my way up.

“I passed my qualifications but it became apparent very quickly that it wasn’t for me and the job was very male-dominated.

“I knew I could spend 10 years trying to get into the dog unit and it could never even happen, so I quit after one year when I was 20 years old.”

Instead, Charlotte started modelling and joined a friend for a test shoot where she posed beside glamorous sports cars – including her favourite motors, Lamborghinis.

The 27-year-old, from Essex, was then invited to join OnlyFans back in 2016 to connect with her supporters.

She kept her content “tame” and largely focused on fantasy scenarios where she’d talk to the camera and interact with viewers.

While the career move wasn’t an instant money-maker, the decision to join OnlyFans ended up being very lucrative for Charlotte.

When OnlyFans took off in late 2018, Charlotte started taking her content more seriously and dedicated 14 to 16 hours a day to the platform.

Her favourite part about the site is having the freedom to be her own boss and get creative with her content – but admits competition in the industry is fierce.

She said: “When I was modelling, I’d always be told what to wear in the shoots and how to pose, so I like the fact that my page is just me having creative control.

“The hardest part is the competition – there are always girls at your heels wanting to get to the place you are at.

“Some people think it’s easy money and you just have to post a few nudes, but they don’t see how many hours a day I’m hustling.

“As far as I know, I’m the highest earning person that does what I do with the boundaries I have in place, and I make sure I’m always working to deserve that.”

The smart businesswoman has decided to invest this money instead of splashing it.

She explained: “You never know when it’s all going to end so I’m building my business now so I can sit back in a few years and relax.

“I invest my money and time into my businesses and will graft working on my laptop until 3AM.”

The OnlyFans star has purchased property and set-up her own Amazon supplements company – but there is one item she couldn’t resist snapping up.

Years after posing with luxury cars, she bought her own £265,000 purple Lamborghini that she had had her eye on since childhood.

She said: “When I was a little girl I used to say one day I’d have a purple Lamborghini but no one believes kids when they say that sort of thing.

“Test-driving it made me feel like I was on top of the world, but it feels more normal for me now.

“It was a really proud moment when I collected it – and I took my parents with me as they still don’t quite believe how much I earn.

“But I don’t even spend 5% of what I make in a month – I just take enough money to pay for my cars and mortgage, and the rest stays in my business account.”

Charlotte is now in the top 0.09% of creators of OnlyFans.

“My page is very tame but it works because I’m niche – so many pages are hardcore but I won’t do that, I like my page to be different.

“I’ll roleplay and talk to the camera as if it’s a guy and cover some fantasies, but it’s mostly me talking to them.”

Charlotte continued: “It’s personal for me and I’ve built up relationships with a handful of my fans that I talk to daily and know inside out.

“I know their children’s names, their job titles and if they’re having a bad day – and when they are, I’ll send a voice-note and some pictures of my dogs to cheer them up.

“I have a loyal fan base who tell me they wouldn’t stay on my page if I became more explicit and I do well by being different to everyone else.

“Other girls are shocked that I earn as much as I do without doing more on camera.”