A former theatre producer who left her top job with the prestigious Royal Shakespeare Company to make preserves has now been crowned the world’s best marmalade maker.

Joanna Morgan, 48, of Radnor Preserves, ditched her fast-paced lifestyle in Arden, Warwickshire, to move to a cottage with no electricity in Caersws, in Powys, mid Wales, where she learned how to make preserves using foraged fruit and vegetables.

She had always loved gardening and harvesting fruit but in 2010 decided to turn her hobby into a new career.

Eight years later, she has now won Double Gold at the World Marmalade Awards and is regarded as one of the best makers of the fruit preserve around the globe. 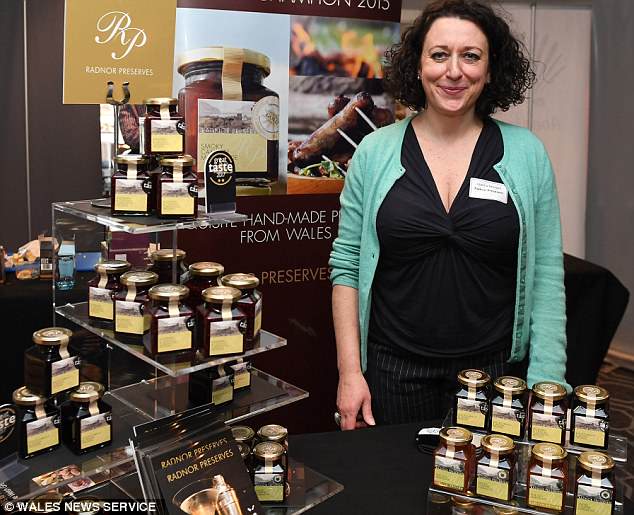 When she first started out, Ms Morgan didn’t even have a fridge to stop her produce from going to waste.

She turned to her grandfather’s old recipe book where she learned everything about making jams and marmalade in a natural way without electricity.

Now fully equipped with a fridge, Ms Morgan, who runs Radnor Preserves in Wales, said: ‘The recipe book was full of my grandfather’s recipes and it was a present from him.

‘Preserve-making quickly became a complete addiction for me, gratifying solace and true adventure.’ 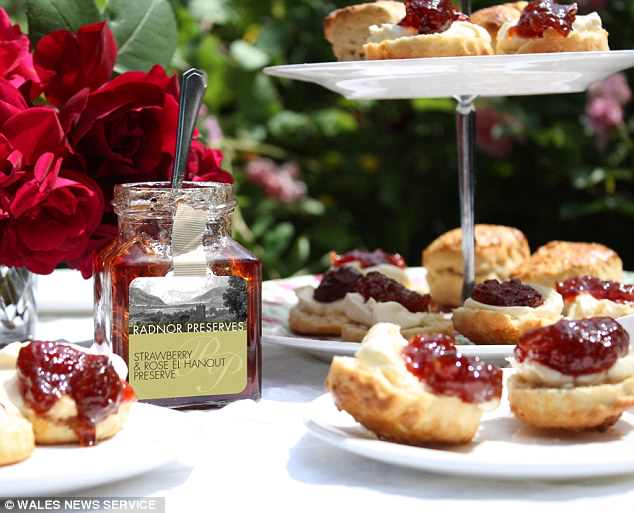 Ms Morgan made the life-changing decision to move from Warwickshire to Wales to start making preserves and set up her own company in 2010.

She said: ‘I was producing jams, chutneys and jellies to create Christmas hampers for all my family and friends.

‘When the demand for the product grew I decided it was something I wanted to do full time.’

Everything at the company is hand-made and the marmalade citrus peel is hand-cut.

The local landscape in Wales came with an abundance of elderflowers, blackberries and other fruit to forage.

Her business grew and established itself as a luxury brand three years ago, launching in esteemed Fortnum & Mason and Selfridges.

She said: ‘It’s a real labour of love and I feel so lucky that I get to do this. I employ five people now and we work as a great team.’ 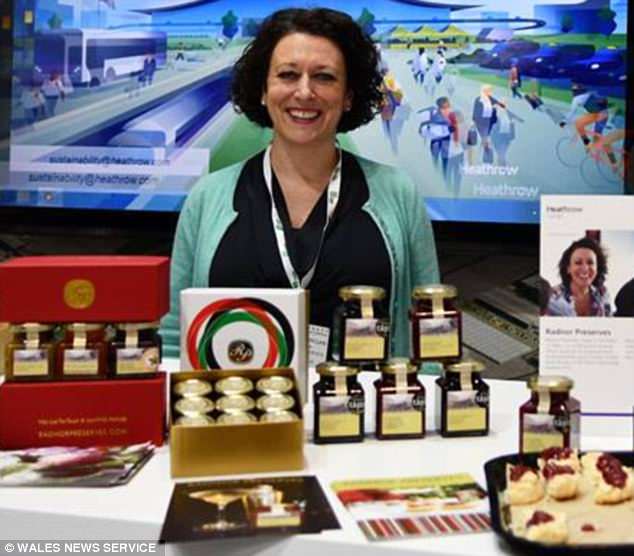 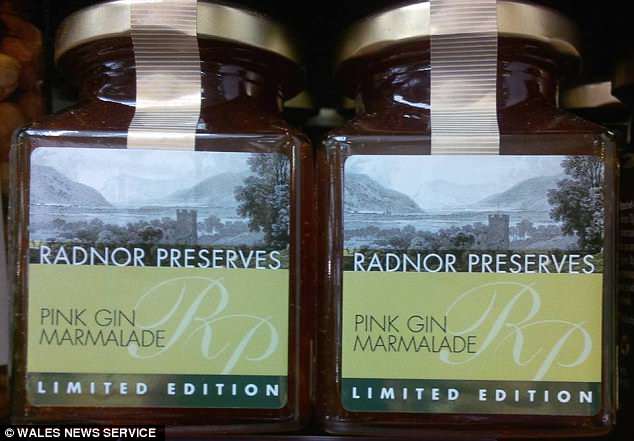 Ms Morgan uses her grandfather’s recipes for making preserves. One of her flavours is a pink gin marmalade

The marmalade was listed as as one of the Top 10 Artisan Food Producers in the culinary Olive Magazine.

It also launched in M&S last year and gained a host of new fans.

‘The transformation of such raw ingredients into incredibly precious jewels gives you a real sense of wonder.’

Head Buyer at Selfridges called it the ‘Alchemist of Preservers.’

Ms Morgan added: ‘This is jam with attitude, and it’s not just for toast.

‘I definitely think we’re bringing marmalade and preserves to a new audience.’

The business has won more than 40 awards and has signed an agreement with online grocer Ocado – which is now set to stock the marmalade.

Ms Morgan added: ‘We are also looking at launching in hotels so watch this space.’