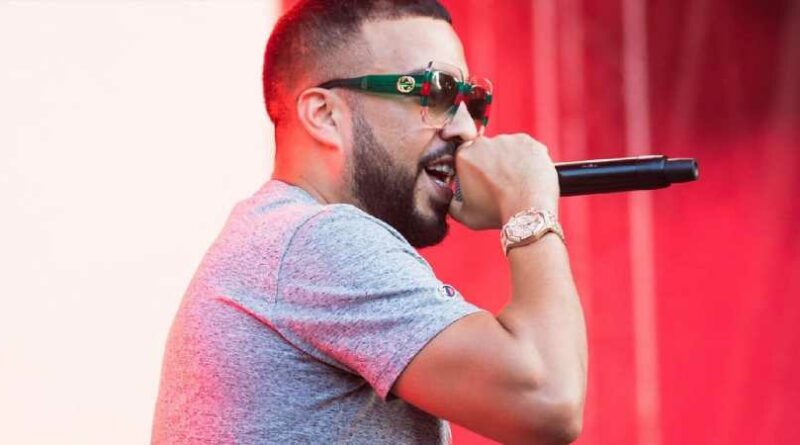 According to the Toronto Sun, court documents reveal the incident took place in 2019 after the landscaper was invited to the rapper’s Calabasas, California home to do yard work. The employee alleges the dog was roaming freely, which they say Montana was aware of.

Levya is seeking financial compensation and lost earnings. The lawsuit alleges that the landscaper is currently unable to ‘attend to his normal occupations’, and this will affect his future earnings for the foreseeable future.

The amount Levya hopes to earn in the lawsuit hasn’t been released, nor have details on the extent of his injuries, though multiple reports claim they’re severe. Radar adds that Montana hasn’t responded to the lawsuit thus far.

This isn’t the only time Montana has been sued for an incident involving one of his dogs. He’s also faced legal troubles on multiple occasions for attacks caused by his German Shepherd, Zane.

In August 2018, TMZ reported that Juan Lomeli, a former pool maintenance person for Montana, launched a lawsuit after her the rapper’s German Shepherd bit him. The ex-employee said he had no issues with the dog in the six months he worked for Montana prior to the incident.

More recently, in 2019, Montana also faced a lawsuit from his former handyman, Daniel Banuelos, who was attacked by the German Shepherd while installing a security camera system in the celebrity’s Calabasas home.

Like the current lawsuit, this one also alleged that Montana was fully aware the animal had a history of violence. It accuses the musician of failing to take proper protective measures. Banuelos sued for injuries and lost earnings, though a dollar figure wasn’t released.

Montana isn’t the only celebrity to be sued over a dog attack. In July, we reported that a former housekeeper for Chris Brown launched a lawsuit against the rapper after his Caucasian Shepherd Ovcharka, named Hades, attacked her at his Tarzana, Los Angeles property.

Perhaps more disturbing, the ex-employee alleges Brown and his entourage did little to assist her when she called for help. After the attack, she adds they tried to get rid of the evidence. The case remains ongoing.