Home » Lifestyle » French rush to get vaccinated after president’s warning 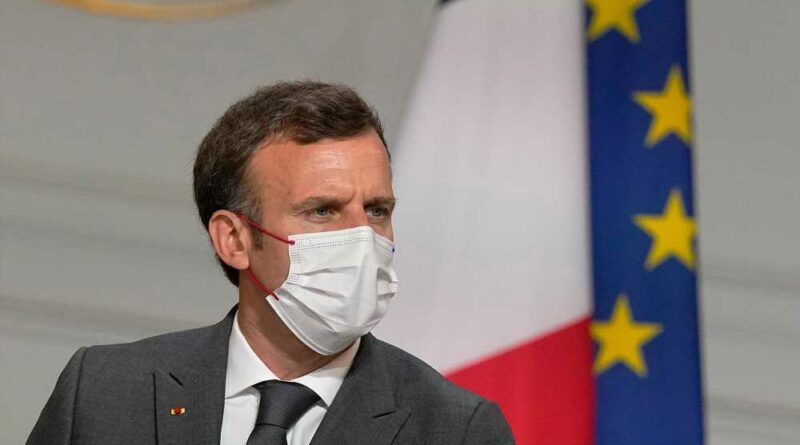 Google fined $593 million in France amid battle over news publishing

PARIS — More than 1 million people in France made vaccine appointments in less than a day, according to figures released Tuesday, after the president cranked up pressure on everyone to get vaccinated to save the summer vacation season and the French economy.

Some bristled at President Emmanuel Macron’s admonition to “get vaccinated!” immediately, but many people signed up for shots, accepting that getting injected was the only way to return to some semblance of pre-pandemic life.

French government spokesman Gabriel Attal, noting the latest virus surges from South Africa to South Korea, and vaccine shortages in many poorer countries, appealed to his compatriots Tuesday to “look at what’s happening in the world.”

Macron also announced that special COVID-19 passes will be required starting in early August to enter restaurants and shopping malls and to get on trains and planes. The announcement raised questions and worries among foreign tourists and as residents of France planning vacations.

An app that centralizes France’s vaccine appointments, Doctolib, said Tuesday that 1.3 million people signed up for injections after Macron gave a televised address Monday night. It was a daily record since France rolled out coronavirus vaccines in December. People under age 35 made up most of the new appointments, Doctolib said.

Macron said vaccination would be obligatory for all health care workers by Sept. 15, and he held out the possibility of extending the requirement to others. Around 41% of the French population has been fully vaccinated, though the pace of shots being delivered has waned as summer vacations approached.

Government spokesman Attal insisted the vaccine mandate wasn’t meant to “stigmatize” reluctant health workers but to limit risks to the vulnerable populations they care for.

Some residents said the government’s vaccine push makes them feel safer. At a vaccine center Tuesday in Versailles, finance worker Thibault Razafinarivo, 26, said, “I have a newborn baby at home, and we don’t want to take any risks.” A 23-year-old who works in radiology said she wants to protect her family and her patients.

Others, though, expressed frustration at the idea of mandatory vaccines or needing passes to go to a café.

“I’m getting vaccinated because I want to have a social life and go on holidays,” law student Marius Chavenon, 22, said, adding: “I don’t think vaccination should be compulsory. We live in France, we should be able to do what we want.”

In Paris, nurse Solene Manable said, “There are many health workers who don’t want to get vaccinated because we don’t know much about the vaccines.” But she said she understood “many people who are getting vaccinated to be able to go back to restaurants,…to be able to have a normal life again.”

Some people said they’re now getting vaccinated because Macron also announced that France will start charging money for some virus tests, which up to now have all been free for anyone in French territory.

To get the COVID pass that will soon be required in all restaurants, people must have proof of vaccination or recent virus infection, or a negative test from the last 48 hours.

Restaurant and bar unions demanded a delay for the passes, and government officials were meeting with industry representatives Tuesday. Restaurant workers expressed concern with enforcing the requirement and fear it could scare customers away after all French eating establishments stayed shuttered for nine months from the pandemic’s onset.

More than 111,000 people with the virus have died in France.