Home » 'Friends: The Reunion' special is out! Here's what went down (spoilers ahead!) 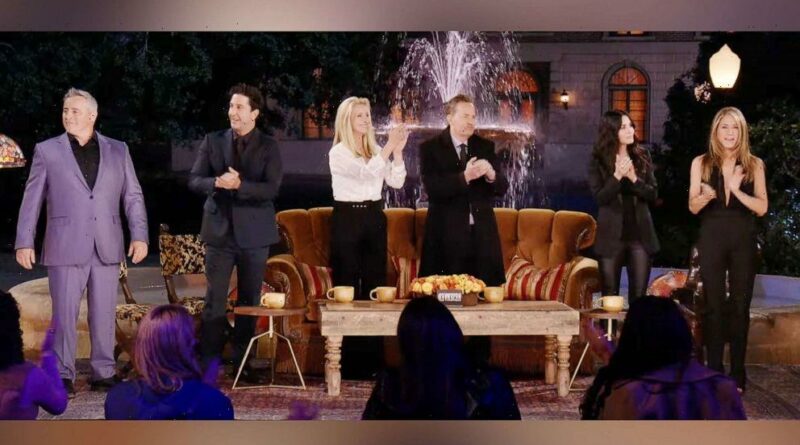 “Friends: The Reunion” is out today!

If you are planning on streaming, beware, spoilers ahead!

The special opens with the finale of the show in 2004, and seamlessly cuts from the set at the episode’s closing to the present day, as each of the cast members return to the show’s perfectly rebuilt sets on the Warner Bros. lot in Burbank, California.

A title card tells viewers that the entire cast has only assembled in the same room once before this, since the show ended.

Each cast member enters one by one, starting with David Schwimmer, who played Ross Gellar, and followed by Lisa Kudrow, who played free spirit Phoebe Buffay. Jennifer Aniston, who played Rachel Green was next.

“Where’s the tissue box?” she asked, her eyes welling up — another common occurrence over the hour-and-forty-five minute special.

'Friends' cast reveals if they've hooked up with each other

'Friends' cast dishes on what to expect from reunion special, their favorite episode and more

Matt LeBlanc, who played Joey Tribbiani entered next. He revealed Courteney Cox used to hide her lines on her character Monica Gellar’s kitchen table — and would stow scripts in the sink for extra help.

As if on cue, Cox enters, and tears start flowing. Matthew Perry, who played Chandler Bing, enters last. “Could you be any later?” Aniston quips, mimicking Chandler’s famous line.

The fully assembled cast then reminisces about the bond they shared, as well as the props and the set, each jogging memories about specific shows.

“It all seems so small,” LeBlanc said of the set, of which Aniston interjects, “That’s impossible, because we haven’t grown.” LeBlanc then retorts, “Speak for yourself.”.

The stars then join emcee James Corden at a mock-up of the “fountain” set which has been set up in front of a studio audience.

For the duration, the special intercuts between the Corden Q&A segments, and interviews with various guests, including show creators Marta Kaufmann and David Crane, and special guests including Reese Witherspoon, who was a fan of the show before she was cast as Rachel’s spoiled sister.

The cast then reassembles for a take on their favorite episode, “The One With the Embryos,” which featured a trivia contest.

The cast then tested their knowledge of the show, including guest stars, obscure characters, and the like.

“Everyone was so perfectly cast,” Schwimmer recalled, stating — unbelievably — that the cast had never met until they read for the show.

Kaufmann and Crane detailed the casting process for each — including having to “beg” Schwimmer to return to TV after earlier frustrations — and Perry’s prior commitment on a failed sitcom pilot called “LAX 2194,” in which he played a baggage handler in the Los Angeles airport in the far future. Seriously.

Rachel was the hardest to cast, because “in the wrong hands … she could be a really unlikable character,” Crane said.

Aniston was also on another show at the time, but that didn’t work out, either — leaving her to stay as Rachel. She recalled a producer of the other series deriding “Friends.”

Along with other surprise appearances — and Lady Gaga’s musical duet with Kudrow of “Smelly Cat” — the cast performs a table read of a piece of “The One Where Everyone Finds Out,” in which some of the friends discover Chandler and Monica have been sleeping together.

It was revealed prior to the premiere of the special that a slew of notable guests would appear.

During the special, the six friends and former co-stars also watch outtakes together, and as the special ends, vowed not to let as much time pass before they all hung out again.

“Friends: The Reunion” is now available to stream.