A Colombian-born gold dealer who enjoyed first-class flights, parties with Australian celebrities and displays of extravagant wealth has been jailed for running a gold-buying operation that bought jewellery he knew to be stolen.

Alejandro "Alex" Mendieta Blanco, 34, will spend four months in jail after he pleaded guilty to purchasing stolen property worth $29,000 at his company Gold Buyers Melbourne.

He was originally charged with 450 counts of buying watches, rings, bracelets and other gold jewellery he knew was stolen between late August and early October 2017. 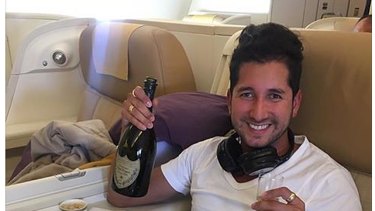 After a deal with prosecutors he admitted to a single charge over four instances of buying stolen goods at his Collins Street premises.

In six years Alejandro, his brother Julio, 37, and employee Chey Tenenboim, 39, transformed their business into a multimillion-dollar empire that turned over $66 million in the 2015-16 financial year, according to records obtained by The Age and The Sydney Morning Herald.

County Court judge Scott Johns told Alejandro on Tuesday that the charges originally levelled against him had “diminished monumentally”, but that it did not change his moral culpability for buying jewellery likely obtained in instances of domestic burglaries.

“The stolen property was likely to include highly prized personal items of great sentimental value to their owners,” Judge Johns said.

The court heard that Alejandro had become a self-made millionaire after moving from Columbia, alone, aged just 16, with little money or English.

“Your background sets you apart as someone who is extremely gifted, resourceful and driven,” Judge Johns said.

He commended Alejandro’s charity work and the fact that he had built a successful business from “very humble beginnings”, but expressed disappointment that his crime marred an otherwise positive public reputation. 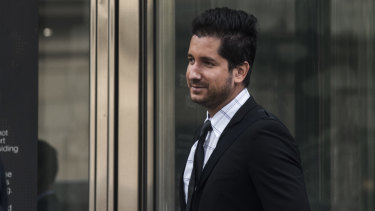 “It’s a great shame you have sullied such a great reputation by succumbing to the temptation of easy money by dishonest means,” Judge Johns said.

Alejandro’s brother, Julio, also appeared in court charged with one count of buying property he knew to be stolen. He was sentenced to a community corrections order. Their co-accused employee, Chey Teneboim, who was last week sentenced to a year in jail, watched via videolink from prison.

Alejandro had carved out an enviable lifestyle of luxury boats, a Lamborghini, a share in a Prahran nightclub and a CBD penthouse.

In June 2017, The Voice star Delta Goodrem serenaded the diamond dealer as he celebrated his 30th birthday at St Kilda East venue Red Scooter. Photographs of him drinking Dom Perignon champagne on his regular first-class flights to Europe were flaunted on social media with the hashtag "PoorGuysSuck". 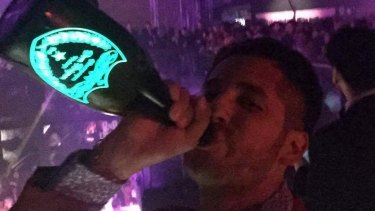 But the good times hit a roadblock on the morning of October 5, 2017, when detectives from the Gang Crime Squad stormed Gold Buyers' Collins Street offices, where gold and precious stones were traded.

The raid was part of a major investigation into the alleged fencing of jewellery stolen in a series of armed robberies on jewellers and private homes across Melbourne throughout 2017.