Home » Lifestyle » From Mr Bean to Mr Bond: what’s the most perfect British film ever made?

How do you sum up a film culture that’s given us everything from the dystopian fantasy of Lindsay Anderson’s If… to the gritty kitchen sink drama Up the Junction and broad humour of Carry On Up the Khyber, and that was just in 1968.

A who’s who of leading filmmakers tackles the task of defining, and then explaining, 50 years of British cinema in Reel Britannia, a comprehensive four-part series drily narrated by comedian and actor Nick Helm, that traces the modern history of British movies from the 1960s through to a decade ago. 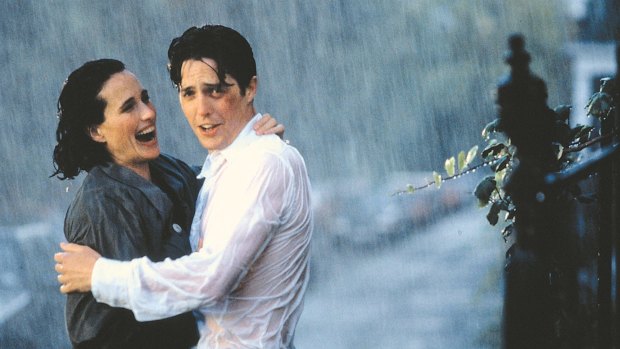 Andie MacDowell and Hugh Grant in Four Weddings and a Funeral.Credit:

Writer and director Jon Spira, who also directed the documentary Hollywood Bulldogs, about the “rise and fall” of British stuntmen in American film, has dug deep into the archives for clips from the movies discussed.

An opening montage runs through various Brits who have made it big in America, from Charlie Chaplin and Stan Laurel to Kate Winslet and numerous actors who have portrayed Spiderman and Batman. 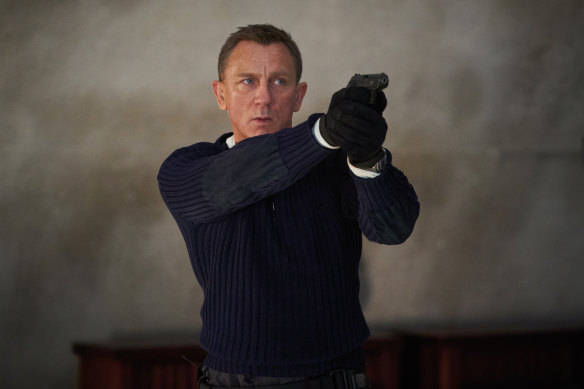 James Bond sets the tone early, a figure that embodies a posh sense of style. As the 1960s began, though, the focus on society’s top end was being challenged by the Angry Young Men of Britain’s arts scene who were making gritty films about the working class such as Room at the Top and Look Back in Anger.

Things got a bit more cheerful in the 1990s. Richard Curtis, with the remarkable Rowan Atkinson, reinvented slapstick, bringing silent movies into the modern era with Mr Bean, a character who was irresistible, despite making no attempt to be likeable.

Curtis also wrote Four Weddings and a Funeral. It cost 2.4 million pounds and made 100 times that back, heralding a string of movies, generally featuring Hugh Grant, that portrayed posh people falling in love in what narrator Nick Helm describes as “a sanitised version of Britain that never existed.” 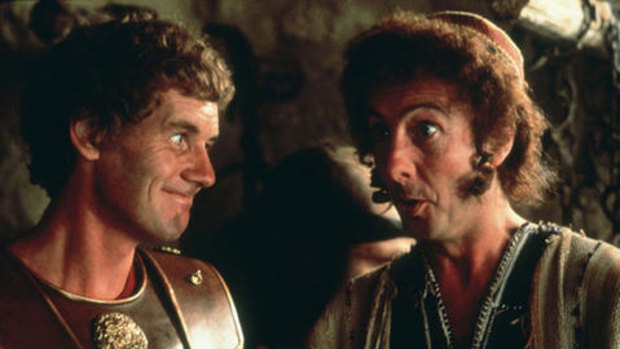 It is an industry, so the story does keep turning back to the money. As London buzzed through the Swinging ’60s American funding poured into the British industry, only to rush out as the decade came to an end.

The Beatles had helped invent the music video in movies like Hard Day’s Night. George Harrison came to the rescue of the hard-up would-be film-makers in Monty Python when they tried to transfer their TV comedy to the big screen in the ’70s.

While the Pythons’ previous foray into films, Monty Python and the Holy Grail, had been an unexpected success, EMI Films, the original backers of their next movie, Life of Brian, pulled out a week before filming began, due to concerns that the movie’s Biblical themes could be controversial. Harrison stepped in, mortgaging his home to cover the expense.

He formed a movie production company, HandMade films, that would be influential over the next decade, backing films such as Mona Lisa (starring Bob Hoskins), Shanghai Surprise (bringing together then newlyweds Sean Penn and Madonna) and the cult favourite, Withnail and I. It was one of many companies that were influential over the decades, including Goldcrest, Working Title and Merchant Ivory.

Though understandably proud of the sort of the period dramas Merchant Ivory specialised in, Spira laments an overdependence on these stories. Helena Bonham Carter, it’s noted, has spent most of her career in period dress.

And ultimately is there one movie that best answers the question, what is British film? While careful not to say it’s the best British film ever, Spira nominates The Full Monty as the most perfect British film, distilling many of the series’ themes: social realism, politics and well observed character studies. The fact that the story about hard-working underdogs in desperate straits is both subversive and radiating mainstream appeal, anchors it in the British tradition.

Reward your time with these TV shows