The ABC yesterday axed a $22,500 satirical series 48 hours before it was due to go to air on national radio. 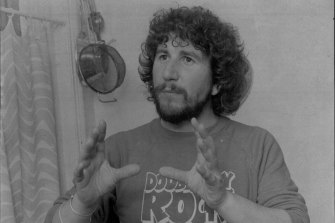 The nine-part series, produced by ABC staff commissioner Marius Webb, was banned after being previewed by senior ABC management.

They said it did not “reach an acceptable broadcasting standard.”

The decision follows an internal memo from the acting controller of radio programmes, Mr Arthur Wyndham, last Friday warning that episodes in the series could be interpreted as blasphemous.

Titled Domestic Contradictions, the series was scheduled to begin on the Radio Two and Three programme, Broadband, tomorrow at 7.30 pm.

Domestic Contradictions was an ABC co-production with the Melbourne-based theatre company, the Australian Performing Group, revolving around life in a Carlton-style commune.

An ABC publicity blurb earlier this year described it as “the continuing story of a rare experiment in building socialism in one room, or the Blue Hills of collective living.” 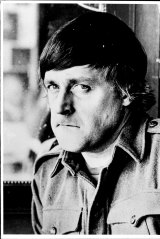 Max Gillies one of the stars of Domestic Contradictions.Credit:ABC

Mr. Webb last night described the decision not to broadcast the series as “the work of timid men made paternalistically more timid by the current position of the ABC.”

He said the excuse of blasphemy was a mere cover for an unwarranted fear within commission management over the political content of the series.

“It’s blasphemous if someone saying ‘Jesus Christ’ as an exclamation is blasphemous. The trouble is, the political content is not much heavier than the so-called blasphemous content,” he said.

The nine episodes of the series made so far were recorded in Melbourne and Sydney and cost around $2500 each.

The agreement between the ABC and the APG was for an initial series of 10 programmes with options to make more if the series was well received.

The series was accepted by Broadband — a joint production of the ABC’s religion, science and special projects departments — on the basis of a pilot.

In a memo to the heads of the three departments last week, Mr. Wyndham instructed them to “audition collectively” each episode to ensure that language used was acceptable under commission guidelines.

“Particular attention should be given to words or expressions which could be interpreted by some as being blasphemous,” the memo said.

But, it is understood that after previewing the series earlier this week, Mr. Wyndham and other senior executives decided to axe it entirely.

The ABC reinstated Domestic Contradictions later in 1977 after a public backlash to the ban and some minor alterations to the content.