Going to the cinema to watch the latest movie on the big screen can be fun – but it can be just as easily ruined by fellow cinema-goers and huge prices.

From feeling like you have to take out a mortgage to afford the food, to having the big moment ruined by a chatty movie watcher, there’s plenty that can go wrong.

Frustrated cinema-goers have taking to Twitter to express their frustrations with modern day cinema excursions.

One even revealed that a woman sat behind her had taken off her shoes and poked her in the ear with her two twice.

Here, FEMAIL rounds up a few of the best…

Dylan Morris, from Leith in Scotland, was less than impressed with the price of medium sized popcorn at his local cinema

Jennifer Wallis, from Oxfordshire, claimed her political manifesto would promise to stop people talking during the movie

Harpreet Mander had an awkward moment at the movies when her alarm went off, blaring out Independent Woman by Destiny’s Child for everyone to hear 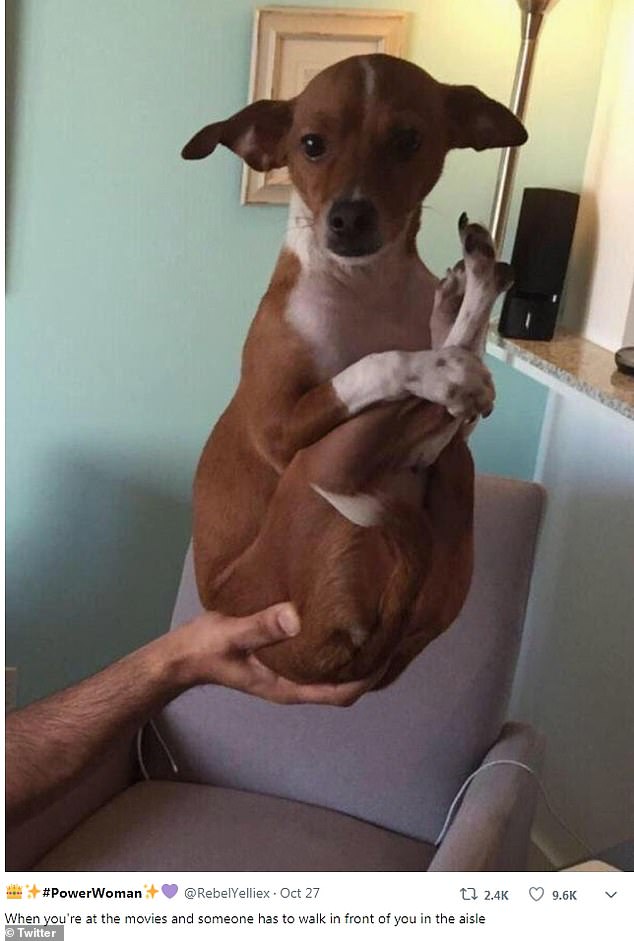 Soraya Boere, from Sint Jansteen in the Netherlands, shared this picture of a dog to encapsulate the awkward pose adopted to let cinema-goers past

Carmen Marxuach, from Texas, regularly goes to the cinema alone but only felt odd when she spotted another solo cinema-goer