FRESH calls have been made for the furlough scheme to be extended over fears the UK could be hit with a “second wave” of redundancies.

The coronavirus job retention scheme is due to end next month on October 31, with the government already starting to wean off its support. 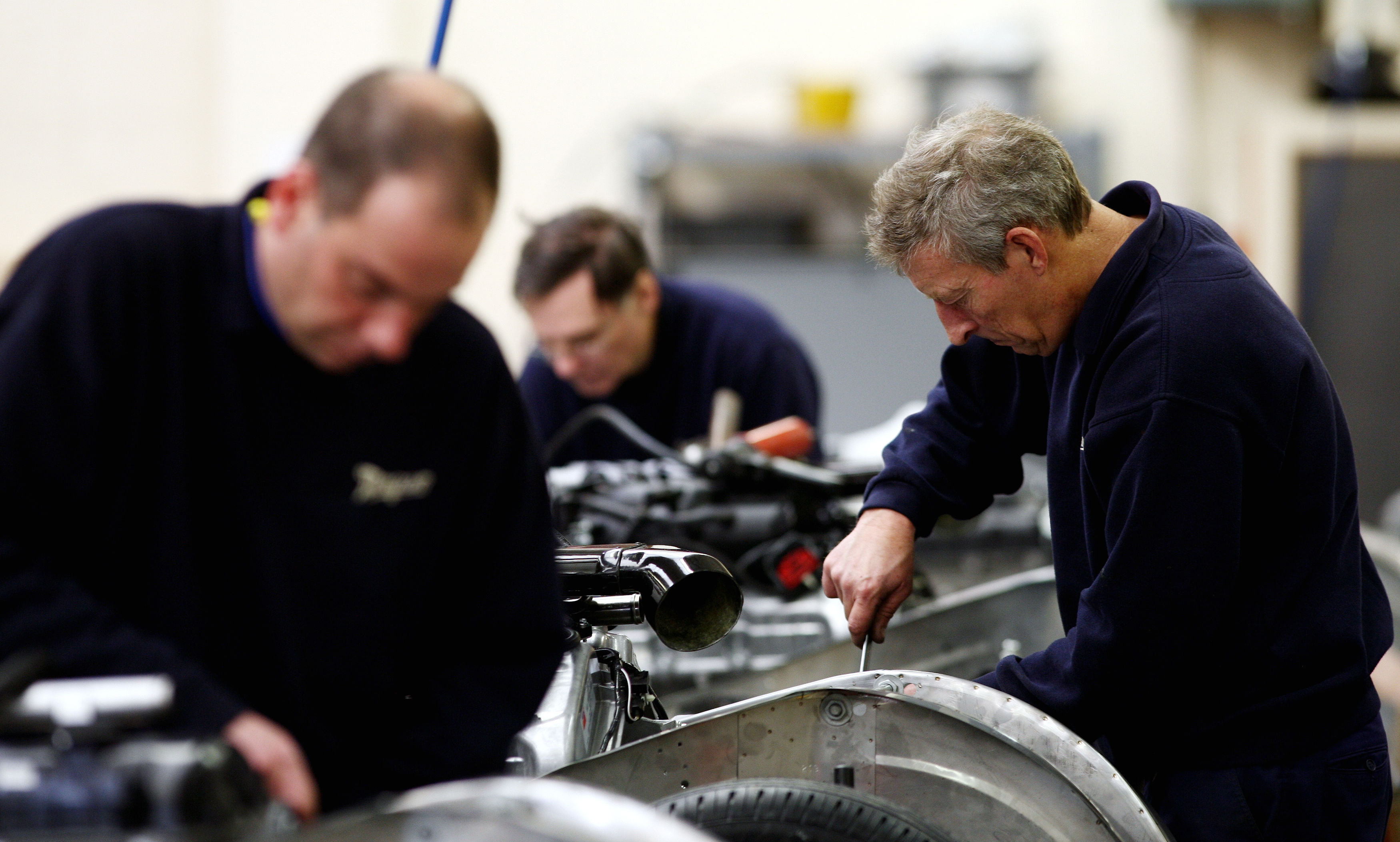 But manufacturers’ organisation Make UK argues that furlough should carry on beyond this date to help businesses.

And it argued that carrying on the scheme could help stop a “second wave” of redundancies which its survey shows is in the pipeline.

Manufacturers have been hard-hit by the coronavirus crisis, with dozens of factories being forced to temporarily close due to the pandemic.

How does the furlough scheme work?

ANY UK organisation with employees can apply to furlough their workers, including businesses, charities, recruitment agencies and public authorities.

It’s up to your place of work to apply to the scheme, meaning you won’t need to contact the government yourself.

To access the scheme, your employer must comply with the following:

To be furloughed, you must have been on a payroll on March 19.

Workers can ask previous employers to rehire and furlough them, even if they left for another job, but firms don’t have to do this.

The furlough scheme did, however, close to new applicants on June 10. 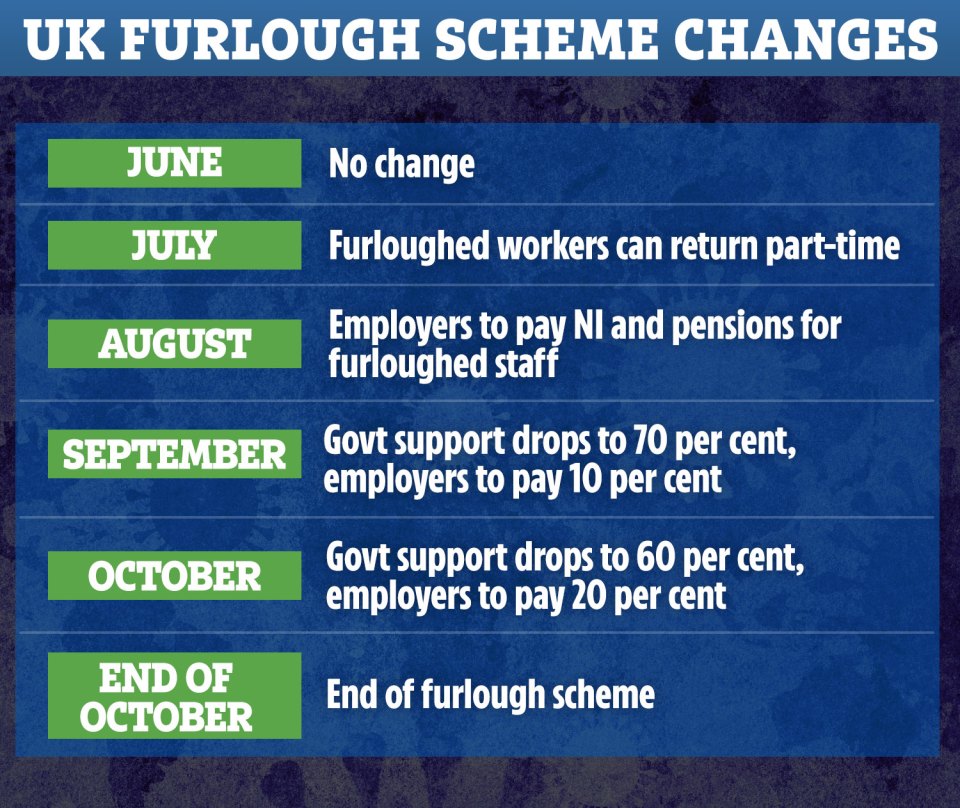 Nissan, Toyota, BMW, Honda, and Ford were among top manufacturers that suspended production as a result of coronavirus.

And in the retail industry, some 43,000 jobs have been lost already after shops were forced to temporarily close during lockdown.

Almost a third of companies surveyed by Make UK revealed they intend to make redundancies in the next six months, while two-fifths of companies already have.

This is an increase on the previous warning from the manufacturers' body, which claimed in June 2020 that a quarter of companies planned on making job cuts.

What are my redundancy rights?

BEFORE making you unemployed, your employer should still carry out a fair redundancy process.

You are entitled to be consulted on the redundancy lay-off first and to receive a statutory redundancy payment, as long as you've been working somewhere for at least two year.

How much you're entitled to depends on your age and length of service, although this is capped at 20 years. You'll get:

Sadly, you won't be entitled to a payout if you've been working for your employer for fewer than two years.

There should be a period of collective consultation as well as time for individual ones if your employer wants to make 20 or more employees redundant within 90 days or each other.

You are also entitled to appeal the decision by claiming unfair dismissal within three months of being let go.

Make UK also warned that key skills could be lost in the UK if the scheme isn't extended.

The aerospace and automotive sectors are those most in need of an extension, said Make UK.

At the height of the scheme, some 9.6million people were placed on furlough by their employer.

Make UK chief executive Stephen Phipson said: "The protection of key skills should be a strategic national priority as this will be the first building block in getting the economy up and running.

"Ensuring that those sectors which are at the forefront of technology and will provide the growth sectors and high-skill jobs in recovery should receive the greatest support possible.

"The starting point for this should be an extension of the Job Retention Scheme to those sectors which are not just our most important but who have been hit hardest.

"Failure to do so will leave us out of step with our major competitors and risk a loss of key skills when we can least afford to do so."

"It will power the jobs of tomorrow and keep communities strong in those parts of the country that the PM has pledged to 'level up'.

"But without urgent action by the PM, these communities will suffer terribly as the gates close on the businesses that sit at their heart."

There are no currently plans for Chancellor Rishi Sunak to extend the furlough scheme, with the initiative having already been lengthened twice.

Furlough was initially due to end on May 31, but it was first extended into June, before later being pushed back again to end on October 31.

A government spokesperson told The Sun: "By the time it closes, the furlough scheme will have been open for eight months and helped to pay the wages of over 9.6 million jobs.

"While we can’t sustain this situation indefinitely, we are continuing to support people and businesses through our Plan for Jobs."

"For businesses that can bring furloughed employees back to work, this includes a £1,000 retention bonus.

"We are also creating new roles for young people with our Kickstart scheme."

Part of the government's new help includes its £2billion Kickstart scheme to get young people into work.

Chancellor Rishi Sunak  announced the scheme in his mini-Budget in the summer as part of efforts to help Britain bounce back from the coronavirus crisis.

Earlier this month, a delay left thousands of job hunters applying for the Kickstart scheme in limbo as employers were told to pull ads.