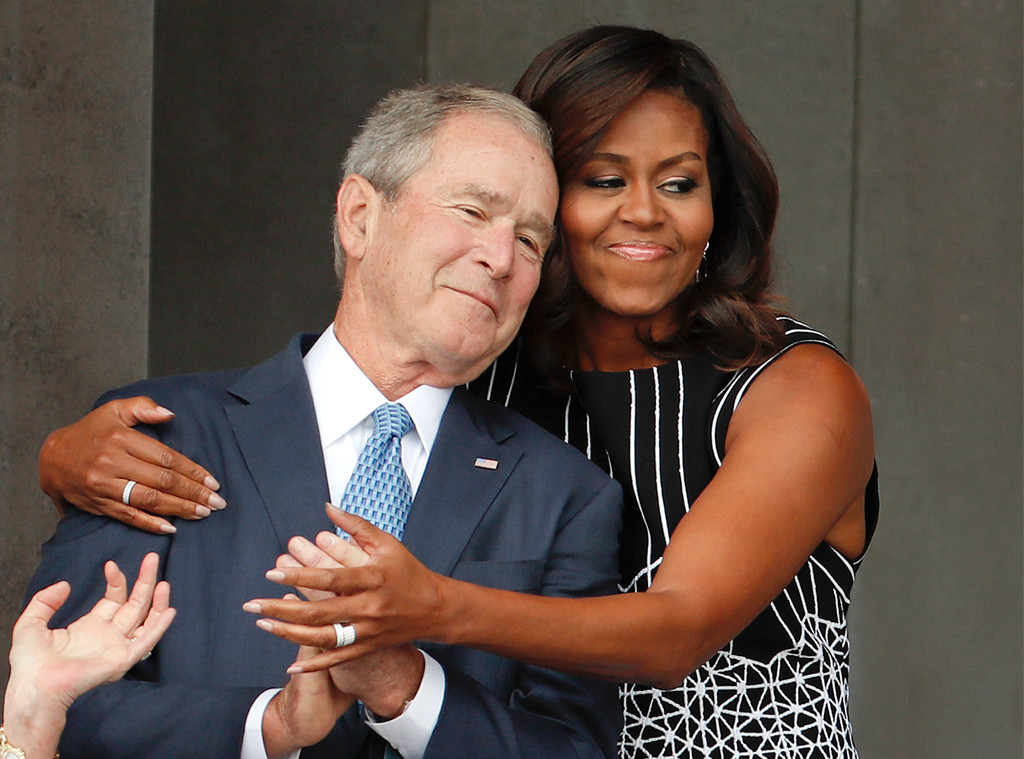 Michelle and former President Barack Obama sat next to Bush and fellow former First Lady Laura Bush at the service. At one point during Sen. Joe Lieberman‘s eulogy, CNN’s camera cut across to Bush handing Michelle a piece of candy, which was given to him by Laura. President Bush tried to do it stealthily doing the classic no-eye-contact-while-I-pass-to-you move, but the seconds-long moment instantly caught the attention of the Internet.

This was a light-hearted moment amid a solemn and emotional funeral service at the Washington National Cathedral. Both Presidents Bush and Obama gave eulogies at the funeral, praising their former political competitor while subtly making digs at President Donald Trump. President Bush said during his speech, “Perhaps above all, John detested the abuse of power. He could not abide bigots and swaggering despot.”

President Obama made a joke about the fact that he and President Bush were asked to speak at the service. Obama defeated McCain in 2008 and Bush won the Republican nomination during the 2000 election. “What better way to get a last laugh than to make George and I say nice things about him to a national audience?” he quipped during his address. 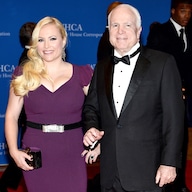 McCain’s daughter, Meghan McCain, gave a powerful tribute to her father during the service. Like the former presidents, she, too, took jabs at the president without mentioning him by name. “We gather here to mourn the passing of American greatness, the real thing, not cheap rhetoric from men who will never come near the sacrifice he gave so willingly, nor the opportunistic appropriation of those who live lives of comfort and privilege while he suffered and served,” she said during her eulogy.

The Internet, to no surprise, had a field day sharing the brief but lively moment between Michelle Obama and George W. Bush in the National Cathedral’s pews.

This is hardly the first public display of friendship between the two. In Sept. 2016, the two shared a hug at the National Museum of African American History and Culture opening in Washington, D.C. and the reaction was just as similar.