Home » Lifestyle » Girls are cautioned against 'hyper-sexualisation', so why aren't boys?

While girls are broadly expected to be the gatekeepers of sex, in charge of prevention and "warding off" the advances of their supposedly single-minded male peers, boys are generally fed an ideology that positions their pursuit of sexuality as something that defines their masculinity.

The stereotype of the red-blooded Aussie bloke is pervasive, and it calls on men to be rigidly heterosexual and up for it at all times. 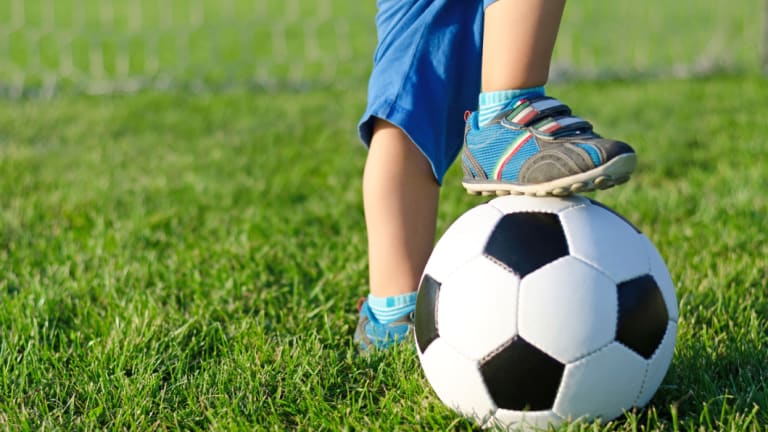 Boys need as much support navigating sexuality and what is “expected” of them as girls are offered routinely.

Excuses such as "boys will be boys" are made in defence of young men who engage in predatory (and sometimes criminal) behaviour, the assumption being that the women they target should have better protected themselves because – you guessed it! – we know what boys are like.

In my book, Boys Will Be Boys, I offer numerous examples about the negative impact such stereotyping has on boys.

This isn’t just because we have widespread documented evidence of the damage it can and does do to the girls who are used as a means of exerting this kind of masculinity, but because of how it denies complexity to the boys and men indoctrinated into it.

What happens to the young men who don’t want to have sex the moment they hit adolescence?

What happens to the young men who aren’t attracted to the women they’re told they must pursue in order to be a "real man"?

What space is there for young men who are experiencing hormonal surges and sexual attraction but who want to wait, or who desire emotional intimacy and even love before they explore sex with someone else?

How does the construct of masculinity accommodate men who don’t want to have sex at all? And, finally, how can boys and young men be empowered to challenge the potentially sexually abusive behaviour of their friends and male peers if they fear the fallout that might come from standing up against them?

Our society has a strong focus on teaching empowerment and assertion to girls, yet we are lagging on teaching the same lessons to boys.

When I spoke about this at a recent literary festival, the male moderator approached me to talk about his own experience of growing up as a young man in Canada. He told me that he had noticed how important it seemed for other men to define themselves through their sexual conquests, to talk about "banging chicks" and to relentlessly pursue sex as a means of asserting their masculinity.

He had largely managed to avoid this because he had “been raised to have really strong self-esteem”.

I thought this was a fascinating insight, because his definition of self-esteem was different from the normal ways such a thing appears to be coded. Self-esteem, to him, seemed more to do with having a strong moral code and a sense of identity as a human rather than anything we generally associate with masculine stereotypes of strength.

It made me reflect on the ways we teach girls and boys to assert themselves, and to ask whether there’s more we can do as a society to honour this kind of self esteem in boys.

Our society has a strong focus on teaching empowerment and assertion to girls, yet we are perhaps lagging in terms of teaching the same lessons to boys.

There’s a hyper focus on protecting girls from sexualisation, yet very little done in the way of protecting boys from the same.

In wonder why the burgeoning sexuality of boys is not seen as worthy of a different kind of respect and protection? Why is that boys who are abused by their female teachers are still often given a nudge-nudge-wink-wink response from older men, because being preyed on by an adult woman when you’re a teenage boy is supposed to be some kind of incredible stroke of good luck?

Through speaking with men around the country on my book tour, I’ve realised how common these experiences of masculine insecurity and terror are. Masculinity is so much more complicated and expressive than the stereotypes we hold it hostage to allow for.

I want to teach my son a different kind of self esteem as he grows up; one that empowers him to feel strength in his convictions, even if that involves challenging his peers. One that also encourages him to view his identity as something he creates for himself, not something that’s inflicted on him by outdated notions of "proper" masculinity.

I want him to feel confident about his body – not just in terms of how and when he decides he’s ready to explore all of its functions, but also in how he sees it as beautiful and purposeful even if he’s not using it in the ways he’s told he should.

And I want him to believe that the values we teach him and the ones he arrives at for himself are worth standing up for, even when it feels difficult and uncomfortable.

Boys Will Be Boys is out now through Allen & Unwin. You can purchase it here.