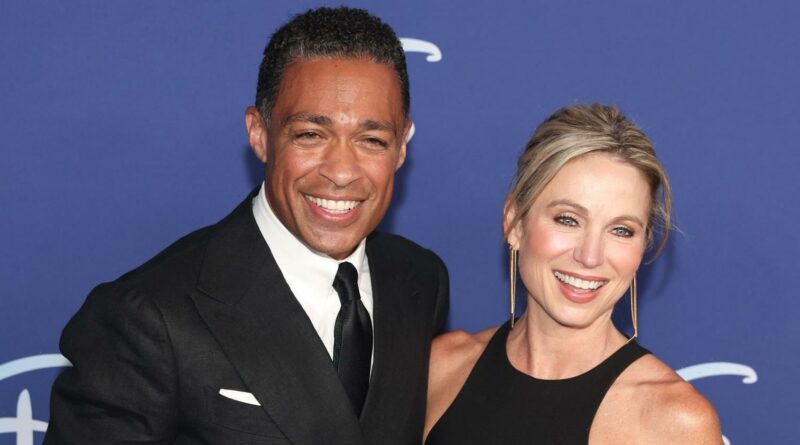 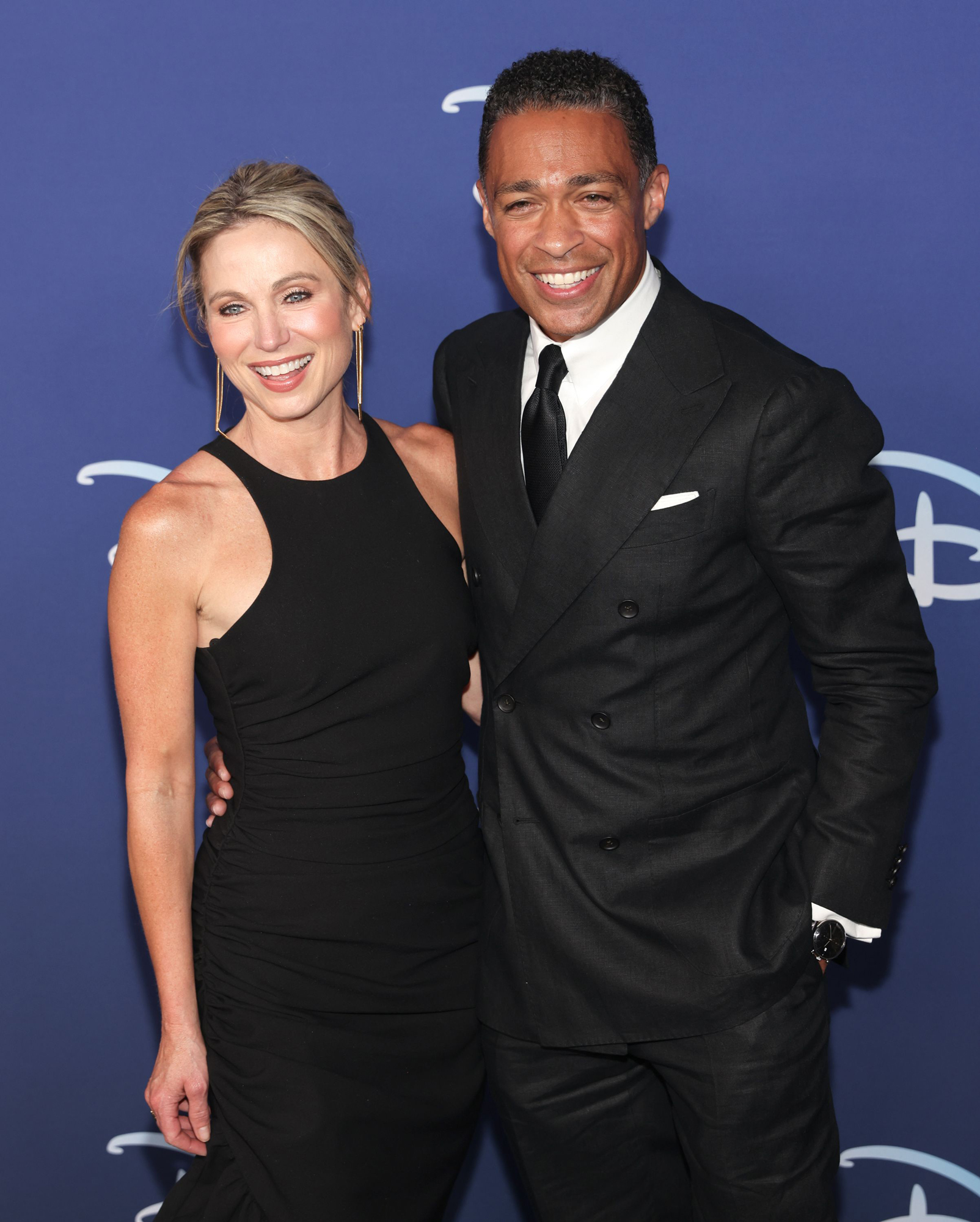 Romantic getaway? GMA3 coanchors Amy Robach and T.J. Holmes were seen getting cozy at the Atlanta airport one day after Christmas.

The two ABC personalities stood close together while strolling through the terminal on Monday, December 26, in photos obtained by the Daily Mail. In one snap, Holmes, 45, walked with his arm around Robach, 49.

The pair — who are both legally married to other people — are no longer hiding their romance after photos of them spending time together outside of work and holding hands surfaced last month. Although the reporters briefly returned to GMA after news of the scandal broke, they were pulled from the air on December 5.

“Amy and T.J. will remain off air until ABC completes an internal review of their relationship,” a source exclusively told Us Weekly earlier this month, explaining that the network is looking into “when it started, how started, did it take place at work [and] if it was distracting to the staff.”

The insider told Us that some of the GMA staff “did see their PDA behavior” outside of work, noting that the twosome were spotted “leaving the station together, getting into a car together going to dinner together, hearing plans for a weekend getaway [and] even kissing in a car.”

The source added: “The investigation is trying to find out what staff saw before it was exposed in the media.”

Less than two weeks after their internal review began, Robach and Holmes were spotted together in New York. The television personalities appeared to be in good spirits as they strolled through Manhattan’s Financial District arm-in-arm before heading to the Capital Grille.

Despite spending time together in public, the lovebirds have yet to address their relationship or comment on the statuses of their respective marriages. Robach has been married to Andrew Shue since 2010. The Melrose Place alum, 55, removed all traces of his wife from his Instagram account the same day that photos of Robach and her coworker holding hands surfaced. The estranged married couple are stepparents to each other’s children; Robach shares daughters Ava and Analise with ex-husband Tim McIntosh and Shue shares sons Nate, Aidan and Wyatt with ex-wife Jennifer Hageney.

Holmes, for his part, shares daughter Sabine with Marilee Fiebig, whom he has been married to since 2010. The Arkansas native also shares daughter Brianna and son Jaiden with his first wife, Amy Ferson.