Grace Kelly’s granddaughter Camille Gottlieb, 22, reveals she’s recently single – but would rather be ALONE than in ‘bad company’

Grace Kelly’s granddaughter Camille Gottlieb has announced she is newly single – adding that she would ‘rather be alone than in bad company.’

Camille, 22, the youngest daughter of Princess Stephanie of Monaco and Jean Raymond Gottlieb, revealed that she is ‘recently single’ during a Q&A with her Instagram followers.

She is the niece of Prince Albert, and the granddaughter of Hollywood legend Grace Kelly, who married Prince Rainier of Monaco in 1956.

Camille shared the news with her 68.600 followers when she was asked whether she was dating anyone – but she didn’t give further details about her past relationship or partner. 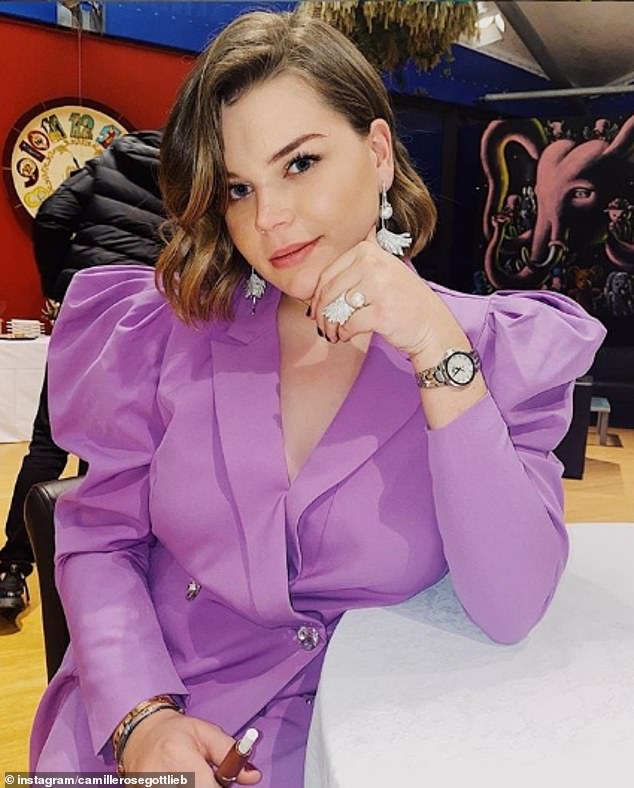 Grace Kelly’s granddaughter Camilla Gottlieb, 22, revealed on Instagram that she is ‘recently single’ during a Q&A with her followers (pictured at an event in Monaco in January)

The Monaco royal added she was happily single and ‘assumed it was better to be alone than in bad company.’

Pressed by fans to disclose her ideal type, she admitted she preferred tall men, but stressed that shared experiences with a partner was the most important thing she was looking for.

She added that nobody had caught her eye as of yet.

Camille is enjoying some downtime close to home this summer, keeping to her social circle and not venturing too far away from her Monte Carlo home. 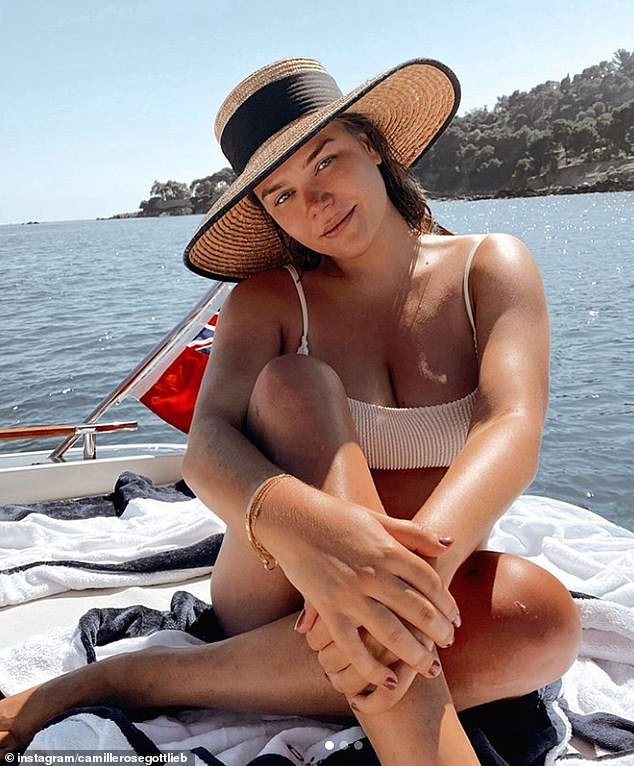 The royal, who kickstarted her summer on a private boat off the coast of Monte Carlo, revealed she was in no rush to be in a relationship – adding ‘better alone than in bad company’

She was spotted relaxing on a private boat off the coast of Latte, just over the border from her home, and shared snaps on her Instagram.

The royal, who spent lockdown with her mother and half-sister, fashion designer Pauline Ducruet, at home in Monaco, delights in sharing snaps of her glamorous goings-on on Instagram.

Camille is the daughter of Stephanie and former palace security guard Jean Raymond Gottlieb, who is understood to have been head of the princess’s security detail when they started a relationship.

Although Camille shares Gottlieb’s surname, his name is not on her birth certificate and Stephanie has never publicly confirmed that he is Camille’s father.

However, Camille herself has identified Gottlieb, a former Paris gendarme, as her father in a gushing birthday post shared on Instagram in 2017.

As Stephanie and Gottlieb never married, Camille is not in the line of succession to the Monegasque throne, unlike Stephanie’s two eldest children, Louis, 27, and Pauline, 26, whom she shares with her first husband, bodyguard Daniel Ducruet. 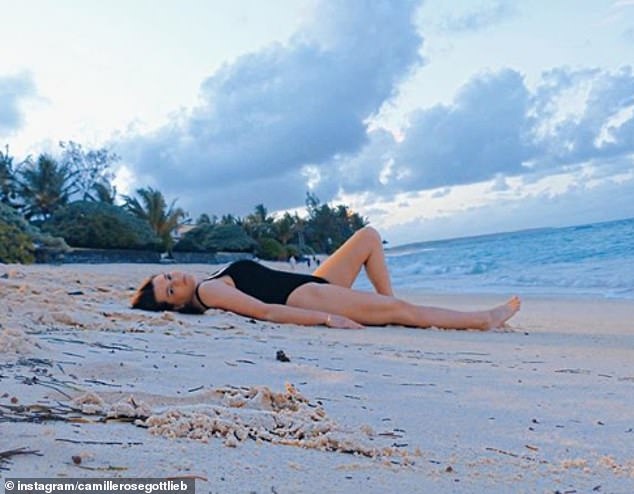 Sunny escape: The 22-year-old shared this photo of her lying on a deserted beach in Mauritius in April 2019. She spent lockdown with her mother and sister at home in Monaco 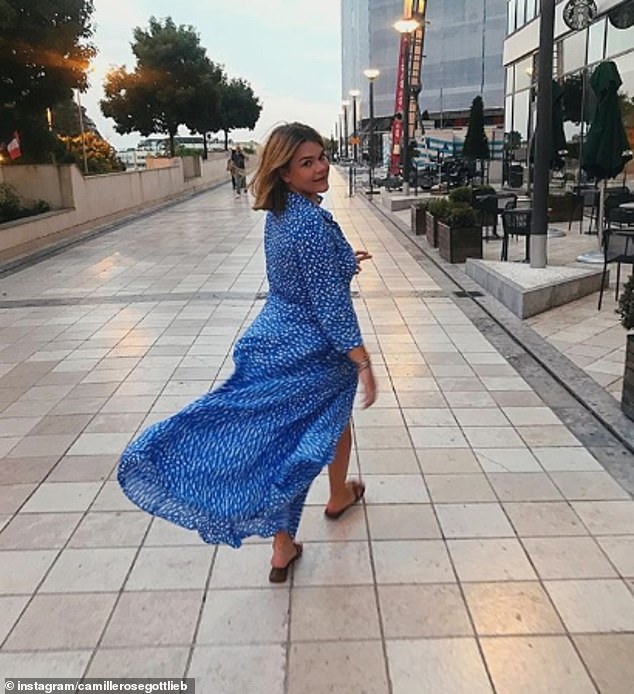 When Camille was three years old, Stephanie began a relationship with married elephant trainer Franco Knie and moved, along with her three children, into Knie’s circus caravan.

However, the relationship came to an end the following year and Stephanie returned with her children to Monaco. In 2003 Stephanie married Portuguese acrobat Adans Lopez Peres, who had been a member of Knie’s circus, but the marriage ended in 2004.

Camille now appears to be building a life for herself in Monte Carlo, where she has founded a group that campaigns for better education around drink driving.

Hitting back at a ‘disappointed fan’ who accused her of being ‘spoiled’ and to promote ‘laziness’ on Instagram, the daughter of Princess Stephanie made a point to list her various accomplishments.

‘I do have a job, I look after the Public relations, event managing and marketing of a club, and I am the supervisor of several people,’ she started.

‘I have been the founder and the president of the Be Safe Monaco organisation for almost three years, I volunteer for my mother’s charity Fight Aids Monaco, and I also help my mother a lot in her efforts to safeguard the well-being of animals,’ she went on. 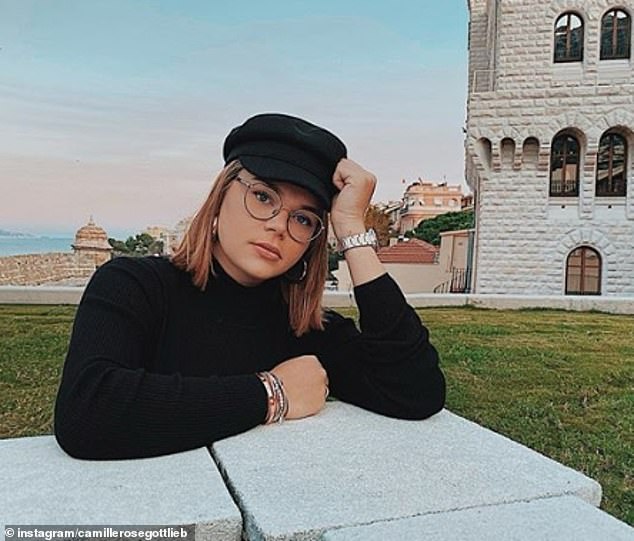 Golden hour: The 22-year-old dons all black in this photo shared on Instagram in November 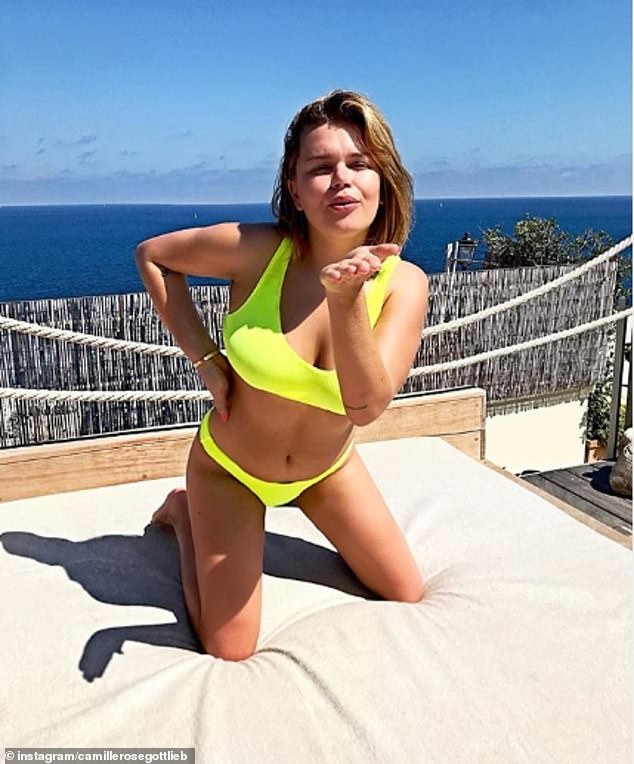 Queen of social media! Camille, whose mother is Princess Stephanie and grandmother is the late Grace Kelly, enjoys dressing up in designer gowns, lounging by the pool and jetting off on five-star holidays. Camille shares snaps of her life on Instagram 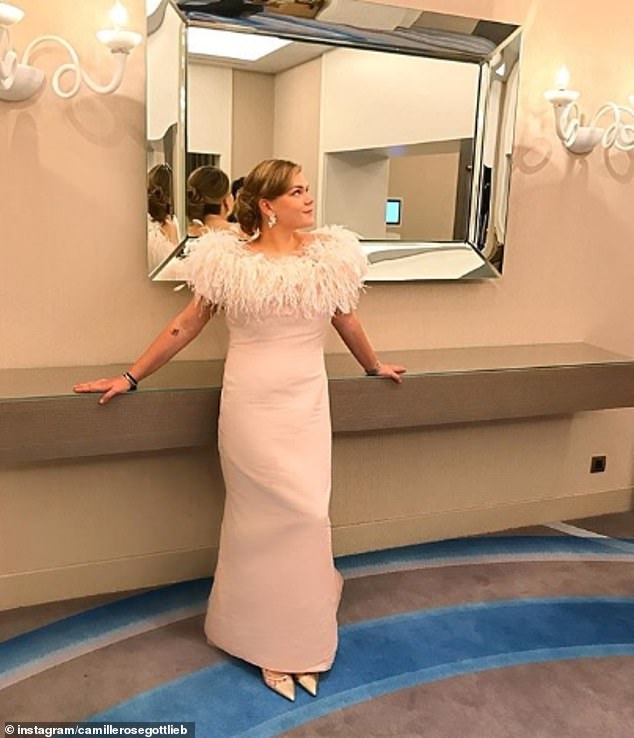 Full-on fabulous: Camille in a feathered gown at the exclusive Monte Carlo Bay Hotel and Resort in a photo shared in August 2019. Camille is the youngest of Stephanie’s three children