You great puddings! They’re the joyously sticky wonders that fuelled our schooldays. No wonder QUENTIN LETTS has a custard pie for killjoys who want to ban them

Putting precise culinary measurements to one side, here is a recipe to ensure contentment at your kitchen table. Take one fat dollop of sin. Add sweetness, a hint of zing and colour, and something to make it swell without endangering its wallop.

Having kneaded a satisfying cannon ball, place it in a plump-shaped ceramic basin owned by one of your late grandmothers. Seal with string and what might as well be deckchair tarpaulin. Now boil it for what seems like half a week, but is probably nearer three hours.

When the concoction is ready, smelling so heavenly that all the household pets (including a family of mice) have gathered beseechingly below your kitchen range, plop it out on a plate and let it shimmer for a few minutes. Aroma rises off it in corrugations of temptation. Pour a few glugs of creamy indulgence over it and step back to admire the acme of epicurean delight.

Now comes the moment of sybaritic climax. You dig in, preferably with a schooner of Madeira nearby. By golly jingo, Jeeves, it’s gooooood.

Is there anything in life to beat British puddings? They keep us going through the winter months. They help us crest misfortune and the blues. They are a sticky, gloopy part of our heritage. And yet they are under attack. 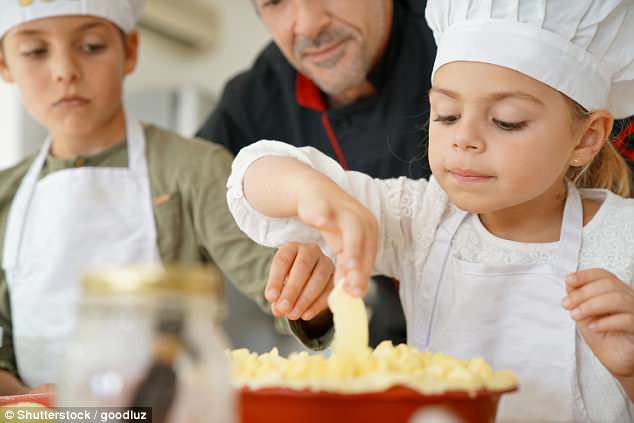 Schools are being told to ban dessert after meals at lunch time – but is a sweet treat at school really to blame for children’s expanding waistlines?

The latest dietary theory is that puddings should be banned from school canteens because they are allegedly making our children fat. One Laura Harper-Hinton, restaurateur, was yesterday quoted as saying: ‘Schools should ban puddings. We have to tackle children’s attitude to sugar. Giving pudding after a main course is a travesty. I don’t know why anyone would think this was a good idea.’

What a pretty dim, prim Polly.

Our children are indeed too round. Childhood fatness (a more honest word than obesity) is a serious health problem. But are puddings to blame? Or is this an example of cultural self-loathing and a neo-puritan drive against traditional voluptuousness?

Are freshly baked puddings truly the cause of our youngsters’ expanding waistlines? Might fizzy colas and ‘fruit drinks’, horrendously calorific milkshakes, trans-fat-laden biscuits and salty snacks and the neglect of fresh fruit and veg not be more likely the villains of the piece?

Add to that the wicked sale of school playing-fields and the indolence of modern schoolmasters and mistresses, who cannot be fagged to supervise games. Are these not considerably more likely to be turning our kids into blobs?

The old saw about dieting is devastatingly simple: eat less, move more. As someone who has carried a spare tyre or three on his tummy all his life, I am aware of this unmovable truth. I was put on my first diet at the age of 12.

Eating less and moving more, yes, that is essential. But good food is important, too. And proper puddings, when not factory-made, can be perfectly good for you, even when they seem sinful.

Here are names from our gastonomic roll of honour. Christmas pudding, apricot turnovers, sherry trifle, marmalade sponge. The names roll off our salivating tongues like stations on the railway line to Penzance, or the areas of the Shipping Forecast.

Made with decent ingredients, these are dishes good for growing children. My parents ran a boarding school and every lunchtime, after the pudding of the day (often fruit), the pupils were able, if still hungry, to bulk out on the school chef’s popular rice pudding.

Milk, rice, a tiny amount of butter and sugar. They loved it and it gave them the energy to run around for the rest of the day. We had very few children with weight problems.

Then comes that classic pudding, Spotted Dick. Ah-ha! By cruel chance, Spotted Dick is under attack, too. Over the weekend, modernisers mounted a second front in their war on classic puds by announcing that Spotted Dick will no longer be mentioned at restaurants in the Houses of Parliament. The name is considered improper. Inappropriate for this politically correct age. Waiters are calling it ‘Spotted Richard’. 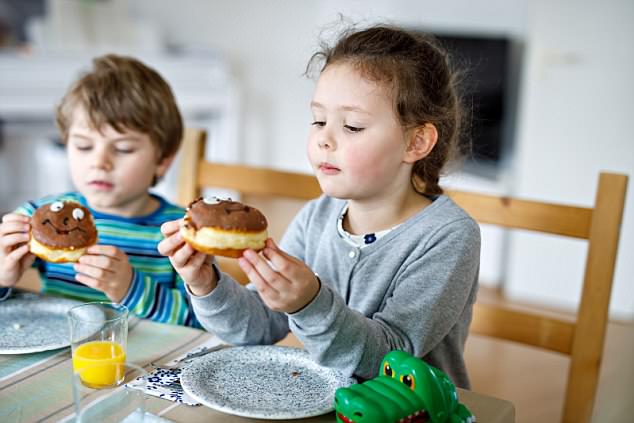 Laura Harper-Hinton, restaurateur, was yesterday quoted as saying: ‘Schools should ban puddings. We have to tackle children’s attitude to sugar. Giving pudding after a main course is a travesty. I don’t know why anyone would think this was a good idea.’

Tosh! ‘Dick’, used to describe the classic English pudding of sugared suet dotted with raisins, does not mean what sniggering schoolgirls or Westminster catering managers might think. It comes from the Old English word ‘dag’ meaning ‘dough’. Changing it to ‘Spotted Richard’ is not only feeble, but also illogical. Richard has nothing to do with it.

At this point in proceedings, a fair-minded soul might intervene and tell me to calm down, dear — times change, and anyway, it will do our youngsters no harm to cut down on their calorific intake. You can moan all you like — these bystanders might continue — but nothing can bring back the school sports fields so foolishly sold by local councils (194 playing fields in the last eight years, despite Government pledges to stop the practice). And it would do teenagers some good to eat low-fat yoghurts instead of classic comfort food.

On the matter of school sport, it is hard not to despair. The stupidity of our authorities in selling sports fields is baffling and infuriating. Almost no elected politician supports the policy. And yet it continues. In the end, we can only blame ourselves for being so supine about local politics.

As for low-cal, low-fat alternatives to proper puddings, hold on a moment. Fashionable advice on weight-loss programmes is often questionable. I am sceptical about miracle diets and any packaged, synthetic, branded wonder product. In themselves they may be harmless, but they create a false mentality in which youngsters are encouraged to skimp at regular mealtimes and resort, instead, to between-meals snacking.

This is where proper British puds score so well. They are so darned satisfying, both for the gut and the senses. We inhale those delicious smells and our gastric juices start to flow. Our digestive pistons start pumping at the wondrous whiff of wet, sticky pud. There is nothing quite like it — and even better if topped with eggy custard.

The best word I can think of for the sensation, as we push away the well-scraped bowl, is ‘anchored’. That is the feeling, is it not? From the very marrow of our bones we feel complete — and there is no question of a afternoon snack. 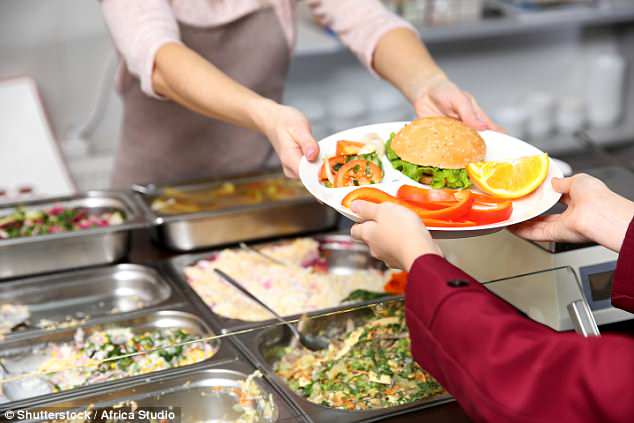 Schools dinners have chnaged drastically over the years with burgers and pizza being taken off the menu – now, pudding may be gone too

There was no obesity epidemic in Victorian Britain. In my schooldays we thrived on weekly ‘college pudding’ (Christmas pud in disguise), milk jelly, treacle sponge, junket, tapioca and more — and most of the boys were as skinny as greyhounds. And, yes, we had Spotted Dick, and wolfed it down, without, so far as I know, sustaining any terrible mental scars on account of its splendid name.

In Patrick O’Brian’s historic seafaring adventures, his hero, the swashbuckling (and lean) Jack Aubrey, who is a devotee of Spotted Dog, says: ‘There is an art in puddings, to be sure; but what is art without suet?’

Hands off our puds. Once they have gone, life will scarce be worth living.