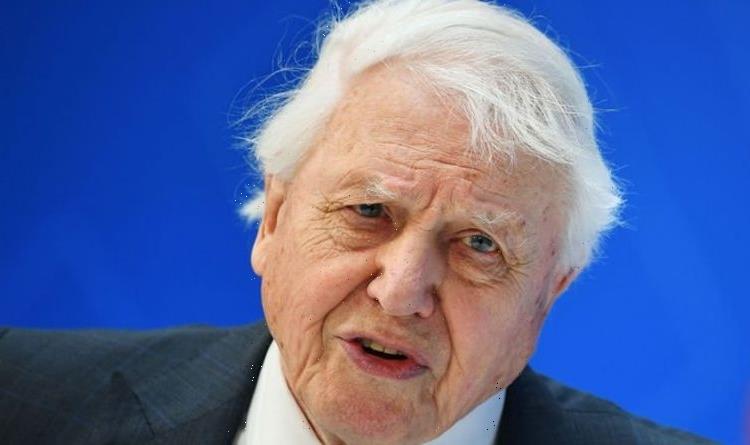 But for all the Government’s green announcements, Britain and the world still have a huge distance to travel to tame climate change, cut pollution and reverse shocking declines in plants and wildlife.

And as Mr Johnson prepares to host the COP26 climate summit in Glasgow in November, the pressure is on for him to honour his pledge to lead the world in a new Green Industrial Revolution.

Below is the Daily Express Environment Power List of the UK’s key ecology campaigners. They are either pushing the Government to go green faster or in government themselves, balancing the issue with other demands.

And they deserve your support, along with the many influential players left out who also warrant a place in the green elite. 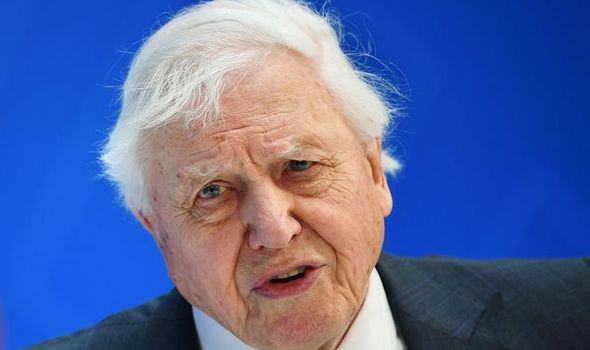 widely respected worldwide thanks to his TV documentaries, Boris Johnson got him to address the G7 leaders last month to urge them to lead the world in fighting climate change. Now aged 95, when he talks, the world listens – though sadly, it does not always follow through with action.

A lifelong environmentalist, he also practises what he preaches, going organic at Highgrove, his Gloucestershire home. His campaigning to stop albatrosses being drowned by trawlers has helped slash death rates. He has used his access to ministers and world leaders to press home his eco-message.

WILLIAM has unveiled the £50million Earthshot Prize to find lasting solutions to the eco-crisis over the next decade.

pioneered large-scale wind and solar power. Founded Ecotricity, a £250million firm with 185,000 customers. He is partnering in the Daily Express Green Britain Needs You campaign.

As John Gummer he was a pioneering Tory Environment Secretary. Now chairman of the Climate Change Committee, advises Government on climate change, which it says is outpacing Britain’s efforts to cope because the Government has failed to develop a “realistic plan” to adapt to extreme weather. 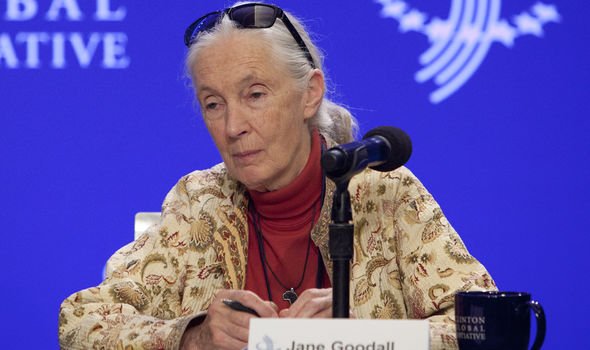 Famous for her 60-year study of chimpanzees in Tanzania. Among her many discoveries was that chimps make and use tools to get at food. She regularly warns of the need for the world to protect nature.

WROTE Four Weddings And A Funeral, but is now crusading to make the world’s pensions industry go green. His Make My Money Matter crusade has the backing of pension funds worth more than £400billion.

DIRECTOR-general of the National Trust, Europe’s largest conservation body. Manages 780 miles of coast, 620,000 acres of land and 500 historic estates. It is committed to environmentally friendly management. 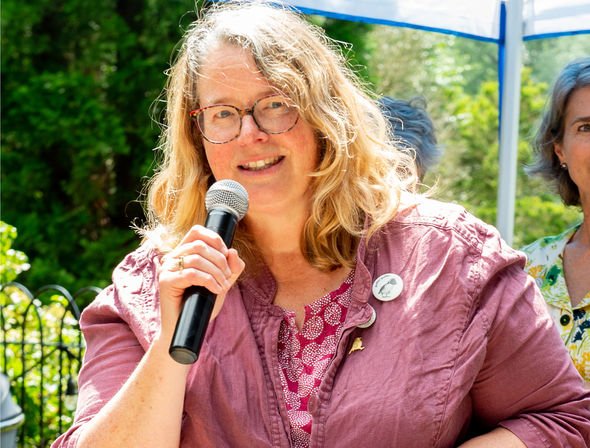 The chief executive of the RSPB, with 200 nature reserves. She warned the Government recently: “Wildlife is disappearing in front of our eyes. Over 40 million birds have vanished from UK skies in the last 50 years.”

He has pledged to lead the world with a Green Industrial Revolution. But his headline-grabbing pledges often lack detail. 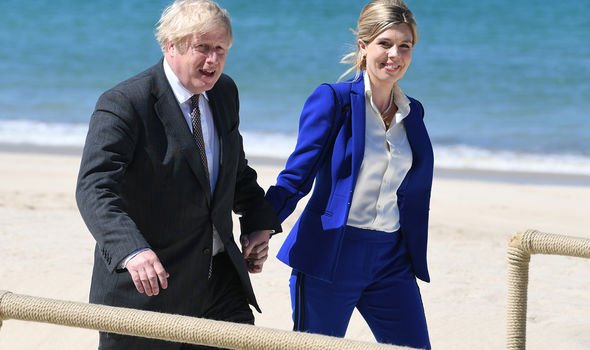 As Boris’s new wife, she certainly has the ear of the Prime Minister. An environmental campaigner with the Aspinall Foundation and ocean conservation charity Oceana.

The Environment Secretary is overseeing a post-Brexit switch from the EU’s Common Agricultural Policy to grants to help farmers make a profit and enhance the environment.

Natural England chairman is dedicated to restoring the environment, but with huge budget cuts in recent years. 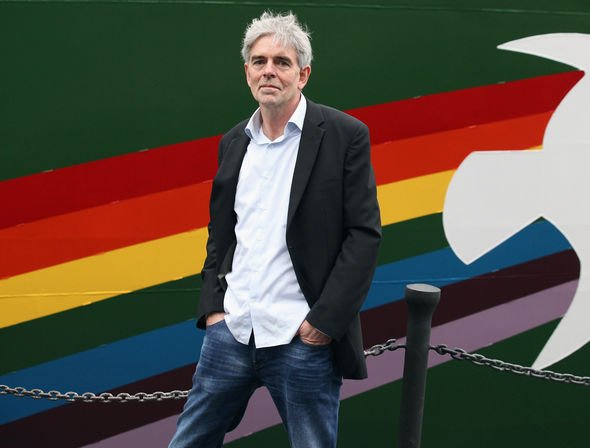 The Greenpeace UK boss has fought against rainforest destruction, chemicals that destroy the ozone layer and the oil industry. But Greenpeace also works with big business.

Friends of the Earth’s co-executive director. She can mobilise 240,000 activists. FoE is highly effective at exposing wrongdoing.

Chief executive of Wildlife and Countryside Link, he is the lynchpin for a coalition of 60 environmental groups protecting 1.8 million acres. It is pressing for a legally binding commitment in the Environment Bill to halt the decline of nature by 2030.

HER nine-year-old daughter Ella last year became the first person in the world to have air pollution listed as one of the causes on her death certificate. A former teacher, Rosamund is now campaigning for Ella’s Law, committing Britain to WHO air pollution limits.

THE founder of ClientEarth, using the law to protect the environment. Between 2015 and 2018 it won three cases against the Government on air pollution. 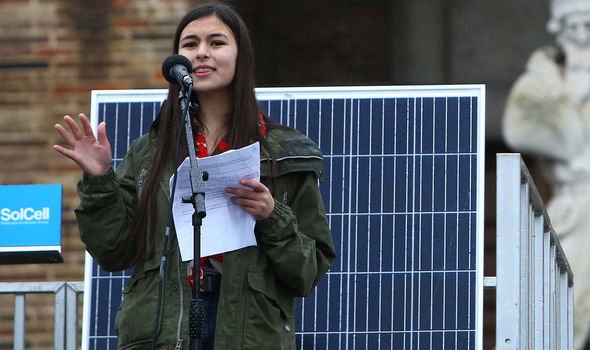 AS “Birdgirl”, this teen British-Bangladeshi ornithologist has spotted 5,000 species – half the world’s total. Set up Black2Nature to help ethnic minorities get out in the wilds.

The round-the-world yachtswoman now heads her foundation, campaigning for our throwaway society to be replaced by a “circular economy”.

As the chief executive of the Met Office, she is at the forefront of overseeing Britain’s monitoring of climate change, which in turn shapes the Government’s response.

Working with the Daily Express on our Green Britain campaign has been a fantastic experience. We don’t agree about everything, of course – but I don’t even agree with myself about everything.

So while we see eye to eye on most of the entries on the power list, there are some notable exceptions.

First up is Greta Thunberg, inset. She’s not in Britain but her impacts are felt here. I’d add her for that.

They’re not everybody’s cup of tea, but we have to disrupt the status quo sometimes to bring about change.

Even more controversially, I would include Jolyon Maugham of the Good Law Project, for his legal challenges to government on issues like planning policy that still favours fossil fuel projects.

His Foxing Day episode – tweeting he’d killed a fox with a baseball bat on Boxing Day 2019 – gets him blacklisted from the official version. I forgive him and he makes mine.

Joe Biden is there too, for completely changing the world outlook. He immediately and dramatically transformed US policy and sent a clear signal to the world – and changed the stance of our own Government.

Staying with politics, I would add Dilyn the Dog of Downing Street. Many commentators reckon Boris Johnson’s wife Carrie has the ear of the PM and is therefore a green mover in the making. From what we’ve seen so far, Dilyn has just as much influence.

And finally, I have the Daily Express on my list: editor Gary Jones, for  being open to the idea of a Green Britain campaign and for getting so completely behind it, as have readers.

It’s a paradigm-shifting piece of work. This is how we create a Green Britain and avert the climate crisis – by taking everyone with us. It is an improbable partnership, breaking vital new ground. Hats off to the Express.