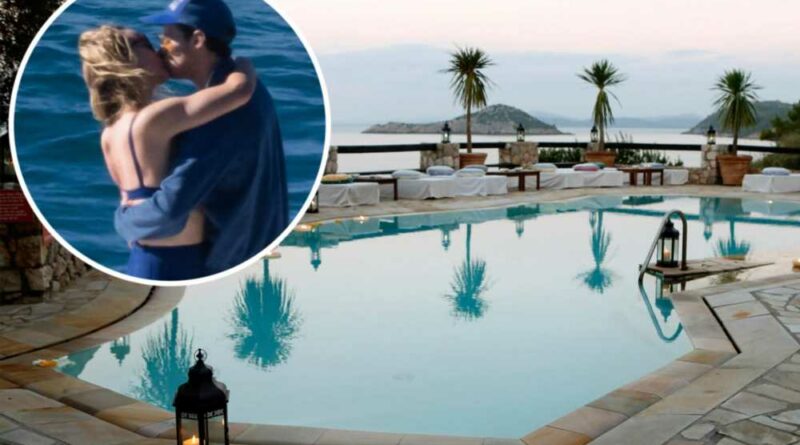 Harry Styles and Olivia Wilde are truly è un paradiso in Italy, having holed themselves up in one of the most iconic and romantic hotels in the world.

Page Six can reveal the pair — who have been spotted canoodling on a yacht — have also been staying at the five-star luxury boutique hotel Il Pellicano in Porto Ercole on the Argentario Coast of Tuscany.

The hotel — where suites go from around $3,500 a night — is described by The Leading Hotels of the World as. “The preferred get-away of the icons of the golden age of cinema.

Styles, 27, was spotted relaxing on the hotel’s terraced beach and taking a swim just before Wilde, 37, flew in from the UK — where she had been visiting her two children with her ex Jason Sudeikis — to join him. The property has just 29 rooms, ensuring privacy for its well-heeled jet-setting guests.

A source told us of Styles, “Harry has a strong connection to Tuscany, it is one of his favorite places. He bought a small house there years ago when One Direction first became huge. It is no surprise he has brought Olivia here.”

The couple has been quite the tour of the region lately. Just-released pictures show them soaking up the sun on a private boat off the Island of Giglio near Tuscany last week.

And sources exclusively told Page Six that they were spotted strolling with their arms around each other in the picturesque seaside town of Porto Ercole on Monte Argentario earlier on in their European rendezvous.

“Harry has been seen taking a break on the beach in Porto Ercole after he finished filming ‘My Policeman’ in London,” a spy told us on June 30. He also filmed scenes in Venice before heading to Tuscany, we’re told.

Page Six exclusively revealed in January that Style and Wilde were dating after they attended a wedding together, having met on the set of the movie “Don’t Worry Darling,” which Wilde directed and Styles stars in.