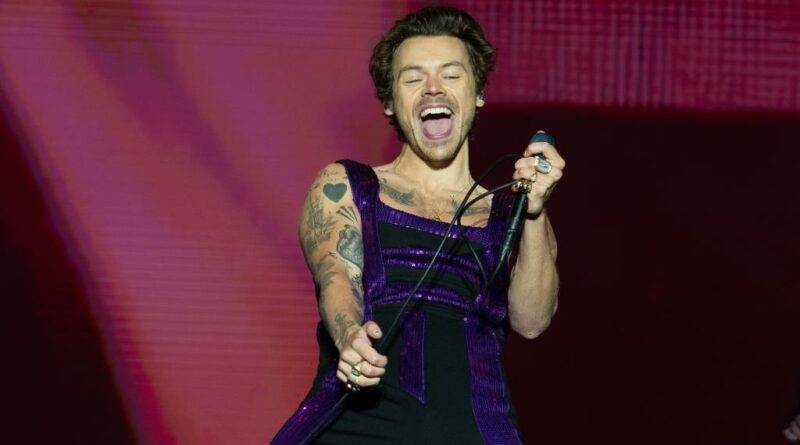 Styles appeared on stage that night flashing a “Beto for Texas” sticker on his guitar and, at one point in the show, he gestured to the logo while the venue’s big screens zoomed in on the endorsement and suddenly switched to reveal O’Rourke in the pit, smiling among the cheering audience.

O’Rourke, who is running for governor against Republican Greg Abbott in the Nov. 8 general election, uploaded footage of the interaction on his Instagram stories with other clips of him high-fiving and taking photos with fans.

Styles is no stranger to Texas politics. In May, following the elementary school shooting in Uvalde, he partnered with the nonprofit Everytown for Gun Safety for his “Love on Tour” outing, promising donations of more than $1 million in proceeds to the organization along with Live Nation. During previous shows at the Moody Center, the pop star also spoke on abortion rights, telling fans “no one can tell you what to do with your own body” — a reference to the state’s controversial abortion bans.

A few hours before the Styles show, O’Rourke had also been endorsed by country singer Willie Nelson during a “Vote ‘Em Out” campaign rally. Nelson showed up to the event sporting an O’Rourke shirt and sang a 15-minute set following the candidate’s speech on women’s rights and gun violence. He played several of his biggest hits such as “Whiskey River,” “On the Road Again” and “Deep in the Heart of Texas,” along with his 2018 election song “Vote ‘Em Out.”