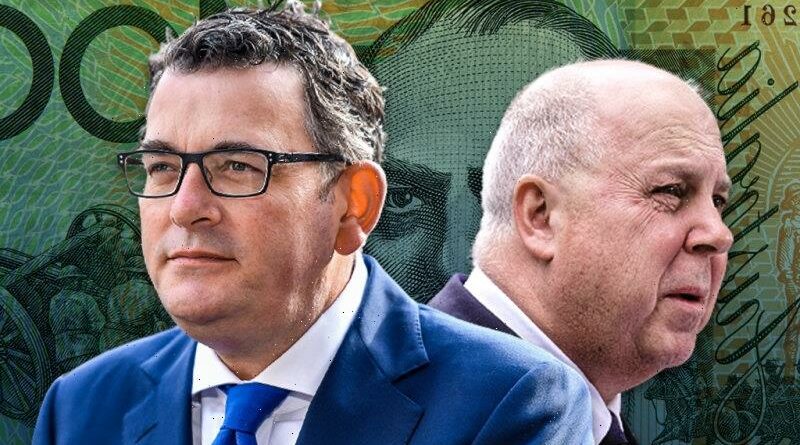 Victoria’s beleaguered hospital system is getting a $12 billion spending boost with money for elective surgery, nurses, paramedics and emergency call takers as the Andrews government gears up for a battle over health at the November election.

In an election year budget set against a backdrop of rising public debt, rising inflation and rising interest rates, the government is preparing to unleash a torrent of cash aimed at repairing the state’s overburdened health system after two years of coronavirus pandemic, while also promising to tackle cost living pressures and boost skills. 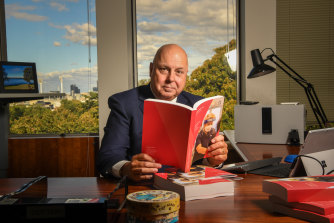 Tim Pallas in his office with the budget papers on Monday.Credit:Justin McManus

With population growth expected to pick up as international migration returns, the government is increasingly confident that booming growth of 5.5 per cent this financial year and 3.25 per cent next will carry the budget slowly back from a deep deficit to a modest $652 million surplus by 2025-26 without the need for spending cuts or new taxes.

Even so, Victoria is facing significant public debts for years to come. Net debt is expected to rise from $101.9 billion by June this year, to $167.5 billion by June 2026, equivalent to 26.5 per cent of the state economy.

Treasurer Tim Pallas said he was increasingly confident the economy was gaining momentum after the extraordinary shock delivered by the pandemic.

Amid growing alarm about the performance of Victoria’s ambulance and emergency response systems, Ambulance Victoria will get a $124 million boost to recruit more paramedics, and $333 million for the state’s crisis-plagued triple zero emergency call service.

The government is promising $236 million to at least double emergency department capacity at the Casey Werribee Mercy hospitals, $900 million for a new hospital at Cobblebank in Melbourne’s booming west, and $500 million for the Barwon Women’s and Children’s hospital.

To help tackle cost of living pressures, the government is spending $250 million offering a $250 cash bonuses to households who use the government’s energy compare website. There is also hundreds of millions of dollars on offer for renewable energy, and $5.7 billion for regional projects.

In a gesture towards financial repair, the government is promising to set up a future fund using cash from the sale of VicRoads number plate and registration services. According to State Treasury, the fund, which will also get cash from government land sales, will have a balance of about $10 billion “in the medium term”.

But the budget papers also highlight looming risks. The budget predicts average inflation of 3 per cent this financial year, falling to 2.5 per cent next. But with annual inflation now running at the fastest pace for two decades, those figures – and the government’s prediction that there won’t be a blow out in the wages bill for public servants – are already looking optimistic.

Treasury is predicting the interest bill as a proportion of total revenue will remain at a relatively modest average of 6 per cent of total revenue for the next four years, which is still well below the recession of the early 1990s. But if interest rates rise more rapidly than expected, this prediction could be quickly derailed.

The government is also banking on a $6.4 billion increase in the state tax haul in 2021-22, with average growth over 4.7 per cent over the four-year budget period, although a property market slowdown is expected to cut stamp duty collections in coming years after a strong increase this financial year.

Angela Jackson, lead economist at Impact Economics and Policy, said the budget had addressed a lot of the COVID19 pandemic overhang.

“The question is does it set the Victorian economy up for growth and recovery,” she said. “It does have a path back to surplus that is really positive, but that is predicated on everything going right over the next three to four years when there is significant uncertainty in the global outlook.

“Jackson said the government’s future fund – a move which mirrors NSW – showed the government was looking for novel ways to manage its debt.“This does increase the risks for the government balance sheet and while potentially immaterial at $10 billion, you wouldn’t want to see this as the fall back going forward.“The budget also include $1.8 billion for 13 new schools, and upgrades for existing schools, including 36 special schools.