Home » Lifestyle » Health system for all 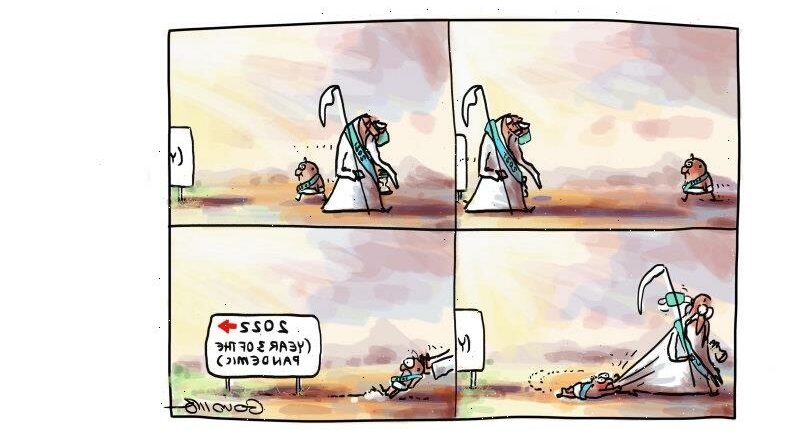 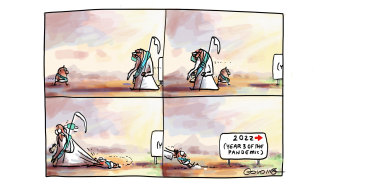 Health care for all
The Sunday Age editorial (26/12) reminds us of the central tenant of the health system in this country which is the envy of the world.
Universal health care is exactly that and should not be conditional upon the age, ethnicity, political persuasion, sexuality, religious affiliation or vaccination status of those in need, as happens in some countries.
However tempting it might be in this heavily politicised climate, to deny anyone of health care on such grounds is a very slippery slope to a society which many Australians would not recognise or wish to live in. Calls to deny health care to the unvaccinated by some like NSW’s Brad Hazard and Bob Carr represent virtue signalling of entirely the wrong kind.

Aged care failures
It is not surprising that the experts were surprised by the problem of elder abuse being found to be worse than previously estimated (″⁣One in six older Australians found to suffer elder abuse″⁣, Sunday Age, 26/12).
The effect of ageism filters down from the longstanding blind eye turned by governments, the priorities of the medical profession and the general public to an aged care system that was finally found out by the aged care royal commission to be one pervaded by substandard care, and fundamentally a national disgrace.
In paying such scant attention to the needs of the very oldest and frailest citizens, the public mindset also becomes more negative to those who are not yet old and frail, but are approaching that stage.

Brave action
Hats off to Darcy Vescio. (″⁣Vescio boost for gender diversity″⁣, The Age, 31/12). Their brave actions send a powerful message to many who can see themselves represented. It’s one more step towards normalising diversity in the community.

Howard’s legacy
As the 2001 cabinet papers of the Howard government have been released, it is perhaps time to reflect on some of John Howard’s legacies. As national leader his failure to condemn Pauline Hanson’s racism enabled One Nation to gain a small but abhorrent foothold in the political system.
His introduction of the GST saw a significant rise in inequality as the regressive tax placed a greater burden on the less well off while subsequent income tax cuts saw much more cash end up in the pockets of higher income earners. Mr Howard enthusiastically involved Australia in the Iraq War, a war many still consider illegal and which led to the deaths of more than 500,000 civilians. He demonised refugees as a political weapon which still reverberates in Australia today.
Some would say he received his just desserts when he became only the second sitting Australian prime minister to lose his seat at a federal election.

A PM out of touch
Scott Morrison has just put another nail in his coffin. He is out of touch with the population of Australia. Rapid antigen tests should be free, they save the government a fortune opposed to PCR tests and it’s not just the people with the money to be able to afford them who want to be responsible.

US on the slide
Farrah Tomazin’s insightful article, ″⁣The Capitol attack was Trump’s dress rehearsal″⁣ (The Age, 1/1) provides clear evidence that the once great United States is now well on the road to becoming an undemocratic nation whose influence and importance is already waning.
Should Donald Trump make a stunning comeback in 2024, tens of millions of moderate Americans will reject the outcome and an already bitterly divided country will descend into chaos.
The US was the world leader throughout much of the 20th century. By the end of this century it will be just another ″⁣run of the mill″⁣ second-rate banana republic.

It adds up
To all correspondents bemoaning the extent of advertising supplements in The Age, just be thankful they enable the print edition to remain commercially viable. No ads, no paper. Just recycle or, as I do, rip out the UAP ads and compost as they deserve.

Lessons to be learnt
From the start of this pandemic health experts and politicians have adjusted their thinking as new information, new technologies and new variants and case numbers have evolved. Every time they do there is criticism; too late, too early, too little, too much, too confusing, who is to blame.
Certainly there has been mistakes but also much that has gone right.
It has never been solely the government’s responsibility to deal with COVID, it is also each individual and business and agency that have made up our collective response. Eventually this will be over and we have an opportunity to come out of it a wiser, healthier and better prepared for the inevitable crisis that come in the future. There is much to be learned from this global and national experience and I hope that both political parties promise to establish a joint state-federal apolitical commission of inquiry to record our COVID experience. Not as a means of assigning blame but to move forwards, fixing the weaknesses that have been revealed and preparing for the next major event.

Acts of cruelty
Tris Raouf (Letters, 1/1) asks us not to forget our feathered friends in this scorching weather. And let’s not forget the sheep and cattle with no shade to protect them from the heat. Failing to provide shelter for farmed animals should be deemed an act of cruelty and punished accordingly. We can help reduce their suffering by switching to a plant-based diet.