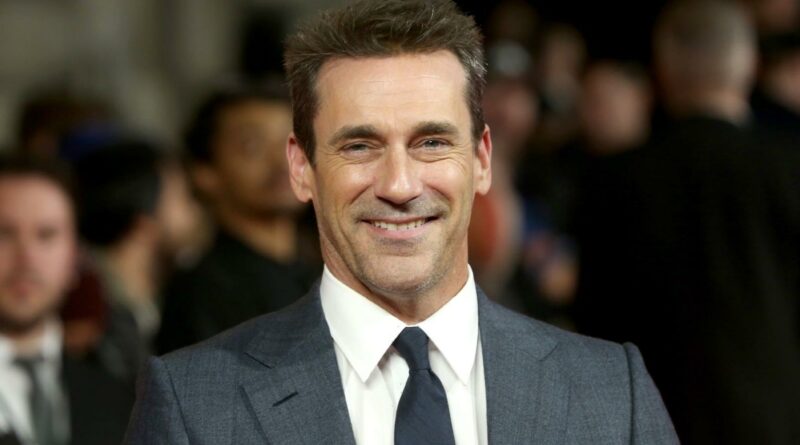 While Jon Hamm began acting from a young age, it wasn’t until moving to college that he realized his talent and wanted to pursue it as a career. After working many odd jobs to make a living and auditioning at various production houses, Hamm first gained prominence in 2000. His popularity slowly grew, with the actor signing up for major movies and television shows. His most successful role occurred in 2007 when he starred in the television series Mad Men and even won an Emmy Award for his performance. While working on the show and after it ended, Jon Hamm continued actively working in Hollywood and even pursued voice acting by lending his voice to many popular animated movies.

With his numerous projects and impressive acting portfolio, Jon Hamm has amassed a $45 million fortune through his big paychecks and multiple brand endorsements. His journey began with working as a waiter who has become one of Hollywood’s most versatile actors. Let’s look at how Jon Hamm built his career and earned a massive net worth.

Jon Hamm had a difficult upbringing as a child as his parents divorced while he was young. His mother passed away when he was ten, and the actor had to move in with his father and grandmother. Hamm participated in plays and performances in school but never thought about making a career. During his first year at college in Texas, Hamm’s father also passed away, and he moved back to his hometown to focus on himself. While studying English as a major, the actor performed in stage productions for two summers.

RELATED: From An Abused Child To The King Of Pop: Here’s How Michael Jackson Turned His Life Around

After graduating from college in 1993, Jon Hamm taught acting at a high school. Two years later, he moved to Los Angeles with $150 in his wallet and car. He moved into a house with other aspiring actors and worked part-time as a waiter. Hamm decided that if he didn’t become a successful actor by 30, he would move back home. According to Britannica, he made his television and film debut in 2000 with The Hughleys and Space Cowboys, respectively. He also had a 19-episode arc in the NBC series Providence.

Within a year, Jon Hamm’s star rose as he began booking significant roles in projects such as The Division, The Sarah Silverman Program, CSI: Miami, We Were Soldiers, and Kissing Jessica Stein. An already established actor, Jon Hamm received worldwide acclaim after earning the lead role of Don Draper in the drama series Man Men. As noted by Celebrity Net Worth, he beat out 80 applicants and went through many rounds of auditions before signing for the part. He portrayed the role of an advertising executive, and the show premiered in 2007. An instant hit, Hamm won two Golden Globes during its seven-season run and eight Emmy nominations, winning one.

During the show’s run and after it ended in 2015, Jon Hamm continued to actively work in movies and television series, experimenting with thriller and comedy genres. As mentioned by Yahoo, Hamm made $4 million per season for Mad Men, which is approximately $275,000 per episode for his appearance as the lead. He also made lucrative endorsement deals. He has been doing voiceover work for luxury carmaker Mercedes-Benz since 2010 with a contract that earns him more than $3 million each year.

1 A Career That Continues Flourishing

Jon Hamm has made an equally memorable impact on television and cinema. Some of his notable television shows include Unbreakable Kimmy Schmidt, Barry, Curb Your Enthusiasm, and the television special Sarah Cooper: Everything’s Fine. His critically appraised movies are The Town, directed by Ben Affleck, Edgar Wright’s Baby Driver, Bad Times At El Royale by Drew Goddard, Zack Snyder’s Sucker Punch, and many more, as stated by Screen Rant. Jon Hamm has also been a part of music videos starring in Shy Ronnie 2: Ronnie & Clyde by The Lonely Island featuring Rihanna and Aimee Mann’s Labrador.

Due to his deep and commanding baritone voice, Jon Hamm has also worked as a voice actor and narrator for a series of animated shows, movies, and commercials. He voiced Brogan in Shrek Forever After and voiced a character in Minions, which made $1 billion at the box office. He was also heard in the animation shows Big Mouth, Bob’s Burgers, and Family Guy. Hamm also narrated 40 episodes in the sports docu-series All or Nothing.

The last two years have been fruitful for Hamm as he starred in Top Gun: Maverick, which earned $1.4 billion worldwide, and produced the comedy/crime thriller Confess, Fletch. In the coming months, Hamm will be seen in two shows: the fifth season of the renewed show Fargo and the third season of the Apple TV+ series The Morning Show.

READ NEXT: Here’s How 50 Cent Earns And Spends His Millions