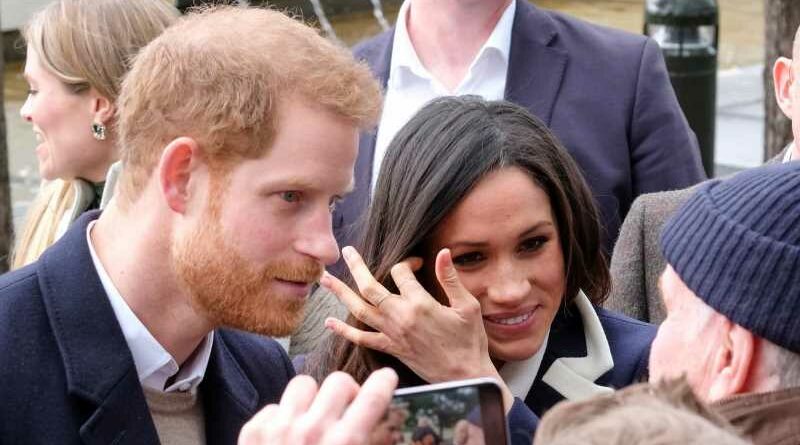 As Prince Harry adjusts to “normal” life, he’s sharing more about his time within The Firm — including how he first started dating his now-wife, Meghan Markle. Recently, he sat down and spoke with Dax Shepherd about his experience with mental health, his time as a senior working royal and why he wanted to leave the institution long before he met Meghan.

In the midst of so much transparency, the 36-year-old also told the Armchair Expert host about Markle’s initial visits to Kensington Palace and the hoops they had to jump through to keep things private. In fact, they would even head to the supermarket and act like “they didn’t know each other” while texting back and forth about what to purchase. He also said that they went “incognito,” The Daily Mail reports.

Chronicling his unhappiness behind the palace walls, the podcast episode represents the Prince’s first time working with Shepherd in his effort to share “the messiness of being human,” the outlet notes. Prince Harry’s documentary series, You Can’t See Me with Oprah is set to air this year.

Prince Harry and Meghan Markle would try to outsmart the photographers

As far as the early days of their courtship go, Meghan Markle and Prince Harry had to get smart if they wanted to travel together without being recognized. He chronicled their dates to the supermarket, explaining the situation, “We text each other from the other side, while people were looking at me and giving me all these weird looks coming up and saying ‘hi’ or whatever… It was nice, baseball cap on, looking down at the floor, trying to go incognito,” according to Elle.

He also shared his experience with therapy, after Markle encouraged him to seek help to deal with his anger while they were dating. After feeling disgruntled about his role within the royal family, his sessions helped him reassess his impact and how his job could be a force for good, the outlet explains. Out of this idea of returning to service and giving back, his Invictus Games were born.

A deeply revealing and personal interview, the podcast episode is one of the first royal-free appearances the Prince has made since he and his wife left England in 2020. Sharing more about his experience and commitment to destigmatizing mental health issues, Prince Harry seems to be just getting started.