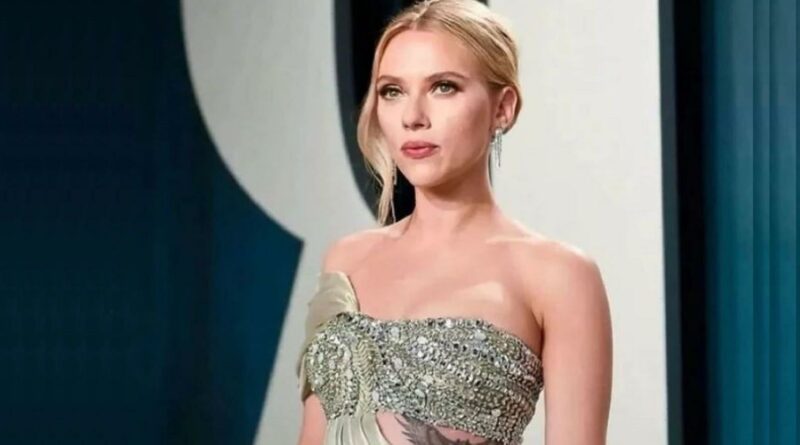 American actress Scarlett Johansson has been regarded as one of Hollywood’s best actors. She topped the list of highest-paid actresses for two years in 2018 and 2019. Johansson has been recognized for her work in several ways and has been nominated for two Academy Awards. She always knew deep down inside that she wanted to act and she has starred in numerous blockbuster films. She gained fame for playing Black Widow in the MCU movies. Johansson initially struggled to find work and was met with several rejections. She has since become one of Hollywood’s top actresses. Here’s how Scarlett Johansson became Hollywood’s highest-paid actress.

Growing Up In The Hollywood Spotlight

Like many other famous actors, Scarlett Johansson became interested in acting when she was still a kid and was trying out for commercials by age seven. Shortly after, she began training at New York’s Lee Strasberg Theatre Institute before transferring to the Professional Children’s School. When Johansson was eight, she co-starred with Ethan Hawke in the Off-Broadway play Sophistry, and at the age of nine, she made her film debut in Rob Reiner’s North (1994). Her breakout role occurred in the coming-of-age picture Manny & Lo (1996), about two orphaned sisters who embark on an adventure.

After that, she became well-known for her roles as a cynical juvenile outcast Rebecca in Ghost World (2000) and a girl who has experienced a disfiguring accident in The Horse Whisperer (1998). As the film’s rising star, she won the hearts of many viewers, including the film’s lead actor and director. Johansson impressed Redford so much that he said she was 13 going on 30. Although Ghost World only had moderate success at the picture office, the 2001 supporting part the actress played gained acclaim from reviewers.

Doing Broadway And Making A Name For Herself In Hollywood

A graduate of Professional Children’s School (P.C.S.) in 2002, Johansson quickly rose to prominence as a promising new talent in the film industry. In 2003, she was lauded for her work in two leading parts. First, she portrayed the role of a woman on a trip to Tokyo who strikes up an unusual friendship with a much older man in the film Lost in Translation. The film Girl with a Pearl Earring featured another stellar performance from Johansson, this time as the maid immortalized in oil by the excellent Johannes Vermeer (Colin Firth). Boosted by her early triumphs, Johansson went on to take on a wide range of roles. After collaborating on the crime drama The Black Dahlia with director Brian De Palma in 2006, she gave humor a go in 2007’s The Nanny Diaries. Johansson has worked with filmmaker Woody Allen on multiple occasions, and she starred in his film Vicky Cristina Barcelona in 2008 alongside Javier Bardem and Penelope Cruz.

In 2007, Johansson teamed up with Pete Yorn to record an album. In 2009, the couple’s joint effort, Break Up, was released; Johansson contributed six songs to the album. Cover versions of Tom Waits songs appeared on Johansson’s debut album, Anywhere I Lay My Head, published in 2008. Johansson quickly moved on to more significant professional challenges. She made her Broadway debut in 2009, starring opposite Liev Schrieber in a revival of Arthur Miller’s play A View from the Bridge. Johansson received high praise for her portrayal of Catherine, a troubled teen being fostered by her aunt and uncle. Johansson received a Tony Award for her performance in the play.

Johansson was first introduced in the Marvel Cinematic Universe (MCU) when she starred in Iron Man 2 (2010), where she plays Black Widow. She underwent stunt and physical training to prepare for the role, and she dyed her hair red to show Favreau that she was suitable for the character. Johansson stated she could relate to the superheroine and loved her relatable qualities. The picture made $623.9 million on a budget of $200 million and was widely praised by audiences and critics alike, while some reviewers had an issue with how she portrayed her role. In preparation for her part as Black Widow in The Avengers (2012), Johansson spoke on the phone with a former language teacher to be more fluent in Russian.

The film was well-received by critics and audiences alike, becoming the third highest-grossing film in the United States and the third highest-grossing film globally. Critics gave her two Teen Choice Awards and three People’s Choice Award nominations for her performance. Later that year, in Sacha Gervasi’s Hitchcock, a drama about the making of Alfred Hitchcock’s 1960 film Psycho, Johansson portrayed actress Janet Leigh. Johansson has continued her Career in the MCU by appearing as Black Widow again in Captain America: The Winter Soldier (2014). She teams up with Chris Evans’ Captain America and Anthony Mackie’s Falcon to foil a plot within S.H.I.E.L.D. and defeat the enigmatic Winter Soldier in the film.

The two actors wrote the dialogue for various situations that Johansson and Evans were in. Johansson was attracted to her character’s style of doing her job, leveraging her feminine wiles and not her physical attraction. The movie received positive reviews and made a lot of money at the box office, totaling over $714 million worldwide. The role won her a Saturn Award for Best Supporting Actress nomination. Then she went on to star in films including Chef, Hail, Caesar!, Rough Night, and Ghost in the Shell. She had a significant role in the 2019 record-breaking box office smash Avengers: Endgame. She was nominated for an Academy Award for Best Actress the same year she starred in Netflix’s Marriage Story. For her role in Jojo Rabbit, she was nominated for a second time for an Academy Award for Best Supporting Actress.

READ NEXT: 10 Highest-Grossing Movies Of The Marvel Cinematic Universe