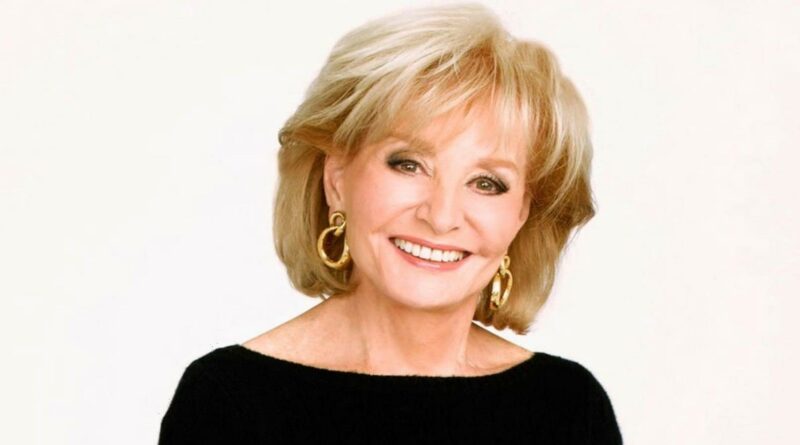 Television journalist Barbara Walters is known for famous interviews with the likes of Katherine Hepburn to Ricky Martin. She’s been the subject of Saturday Night Live skits, rubbed elbows with the rich and famous, hosted a talk show and paved a way for female journalists in her field.

Walters passed away on Dec. 30, 2022 and had a net worth of $170 million dollars – a sign of the hard work and dedication she put toward her career.

Her story reads like a drama with ups and downs and everything in between.

The Early Days Of Walters

Walters was born in Boston, Massachusetts to Jewish parents. Her father owned a chain of nightclubs in the late 1930’s that exposed the young soon-to-be journalist to celebrities and Broadway stars at an early age.

She’s shared her experience of growing up in luxurious penthouses and the opportunity to travel around the world, only for her father to go bankrupt with loan sharks and debtors knocking on their door.

After graduating from Sarah Lawrence College in Bronxville, NY with a degree in English, the teen landed jobs as a writer for an NBC affiliate, WRCA-TV and shortly after, moved to CBS, where she wrote material for the Morning Show.

According to Biography, Walters was hired by NBC in 1961 as a researcher and writer for the Today show. As a natural and passionate journalist, she fought for the chance to travel with First Lady Jacqueline Kennedy on a trip to India and Pakistan and her work resulted in a star being born.

Just three years later, Walters was a co-anchor with legendary journalist Hugh Downs and Frank McGee, however, it took another 10 years before she was noted on the credits of the show. In fact, Walters was restricted from asking ‘serious’ guests questions until the male co-host had finished asking his.

Paving Her Way To The Top

Once McGee passed away in 1974, Walters became the first female co-host of the Today show and she continued hosting Not for Women Only, airing directly after Today.

According to Celebrity Net Worth, Walters co-anchored the ABC Evening News in the late 1970’s alongside Harry Reasoner and it’s been noted he has shared his visible disdain for her on the air, but Walters was not deterred. The unprecedented $1 million annual salary was an incentive to continue forward despite push back from others.

She reunited with Downs in 1970 to co-anchor ABC’s 20/20 program and remained on the show until her retirement in 2004. By 2000, her reported $12 million annual salary made Walters the highest-paid news host in history.

The Many Famous Interviews Of Walters

Over Walters career, she established a personal interview persona that often brought the interviewee to tears, prompted notable figures to share their most closely guarded stories and attracted millions of viewers when her name was on the byline.

In her desire to land the first interview, Walters was behind many first peeks into the lives the public was watching. In 1995, she had the first interview with Christopher Reeve, after his accident, Monica Lewinsky, after the President Clinton scandal and several other notables like Fidel Castro, the Dali Lama and Margaret Thatcher.

Starting Her Own Daily Talk Show

In 1997, Walters created one of the first daytime talk shows that starred a group of women, sharing current events and interviewing public figures, called The View. She hosted the show along an original staff of Meredith Vieira, Star Jones, Debbie Matenopoulos and Joy Behar.

As the seasons progressed, hosts have come and gone and include Whoopi Goldberg, Lisa Ling, Rosie O’Donnell and many more. The View won the Daytime Emmy for Best Talk Show in 2003 and Walters retired from the show in 2014, returning occasionally.

Authoring In Her Spare Time

A post shared by The Book Cellar NYC (@bookcellarnyc)

Walters wrote an advice book in 1970, “How to Talk With Practically Anybody about Practically Anything”. As a young girl, rubbing elbows with celebrities, she learned how to strike up a conversation on a variety of subjects and more importantly, be willing to ask the tough questions.

In 2008, the journalist wrote “Audition: A Memoir” sharing everything from her interactions with the showgirls at her father’s club to the sexist treatment and behavior she endured from male journalists and leaders in the industry.

Earning Many Awards And Accolades

A post shared by The Ray Bradbury Center (@bradburycenter)

Walters has a star on the Hollywood Walk of Fame, granted in 2007 and she earned 34 daytime and primetime Emmy Awards.

In 2014, Walters officially announced her retirement, remaining an executive producer on The View. According to MSN, the 93-year-old reportedly struggled with dementia and she left behind adopted daughter Jacqueline Dena, named after Walters’ sister and mother.

READ NEXT: A Peek Inside Jeff Bezos’ Lifestyle After Retirement