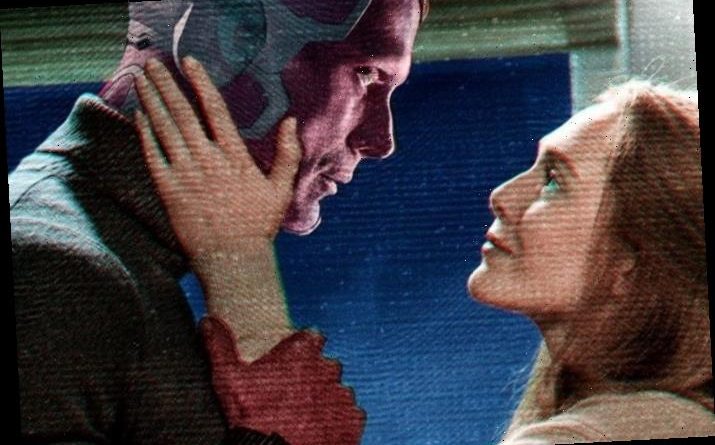 Our team is dedicated to finding and telling you more about the products and deals we love. If you love them too and decide to purchase through the links below, we may receive a commission. Pricing and availability are subject to change.

If you haven’t already signed up to watch WandaVision on Disney+, you’re missing out. The two latest episodes of the Disney+ original series have Marvel fans theorizing new plots that could shift everything you know about the entire Marvel Cinematic Universe.

WandaVision isn’t a show to skip out on — especially if you’re a true Marvel fan. In fact, TikTokers are suggesting that the show is an integral piece to potentially bring other Marvel franchises into Disney’s MCU.

What’s Outside WestView? (Spoilers Ahead)

WandaVision follows the story of Wanda and Vision living life together in several different eras of television. The show starts as something reminiscent of I Love Lucy (but with superpowers), turned into a format that nods to The Brady Bunch. However, there are several things amiss, like the fact that Vision is actually dead, Wanda has two super twins and they’re all living in a simulation via a town called WestView created by Wanda’s own grief.

How TikTok Breaks Down WandaVision Episodes 5 & 6

Ever since episodes five and six of WandaVision became available to stream, TikTok users have some major theories. One is about Wanda’s brother, Pietro, who died in Avengers: Age of Ultron.

“At the end of the [fifth] episode, Mr. Fine Ass Evan Peters comes and says he’s Pietro,” says TikToker @Carlyintra. “In the X-Men universe, Evan Peters is Pietro. Wanda can’t bring back her reality’s Pietro, so what if she stole this version of Pietro from the X-Men reality and brought him to her reality? Because Wanda tore a hole in the X-Men universe, that’s how they’re going to bring mutants to the MCU.”

Another theory is about who Wanda and Pietro’s parents are. TikToker @lacicatherine explains that there’s a scene in which Pietro reveals that Magneto might make a cameo.

“Magneto in the comics is Wanda and Pietro’s dad and would be played by either Ian Mckellen or Michael Fassbender,” she says. “Both actors play the same version of Magneto from the universe where the Evan Peters’ Quicksilver character comes from. It would make perfect sense for Wanda to bring back her dead dad from the same X-Men universe as she did Pietro.”

Wanda’s Biggest Impact On The MCU

TikTok account @Supes explains how Wanda could single-handedly be responsible for the creation of mutants. In episode six, Vision learns of the simulation he’s living in and tries to leave. However, Vision’s body begins to decay. When Wanda finds out, her powers are activated yet again.

There are plenty of other easter eggs and theories being developed, but ultimately, only time will tell.

If you haven’t signed up for Disney+, you can start your seven-day free trial here.

If you liked this story, check out Valheim, the viking survival game that’s raiding Twitch

More from In The Know:

This Amazon subscription box has Black-owned beauty items each month

The post Here’s why the latest episodes of WandaVision on Disney+ have fans spiraling about the MCU appeared first on In The Know.