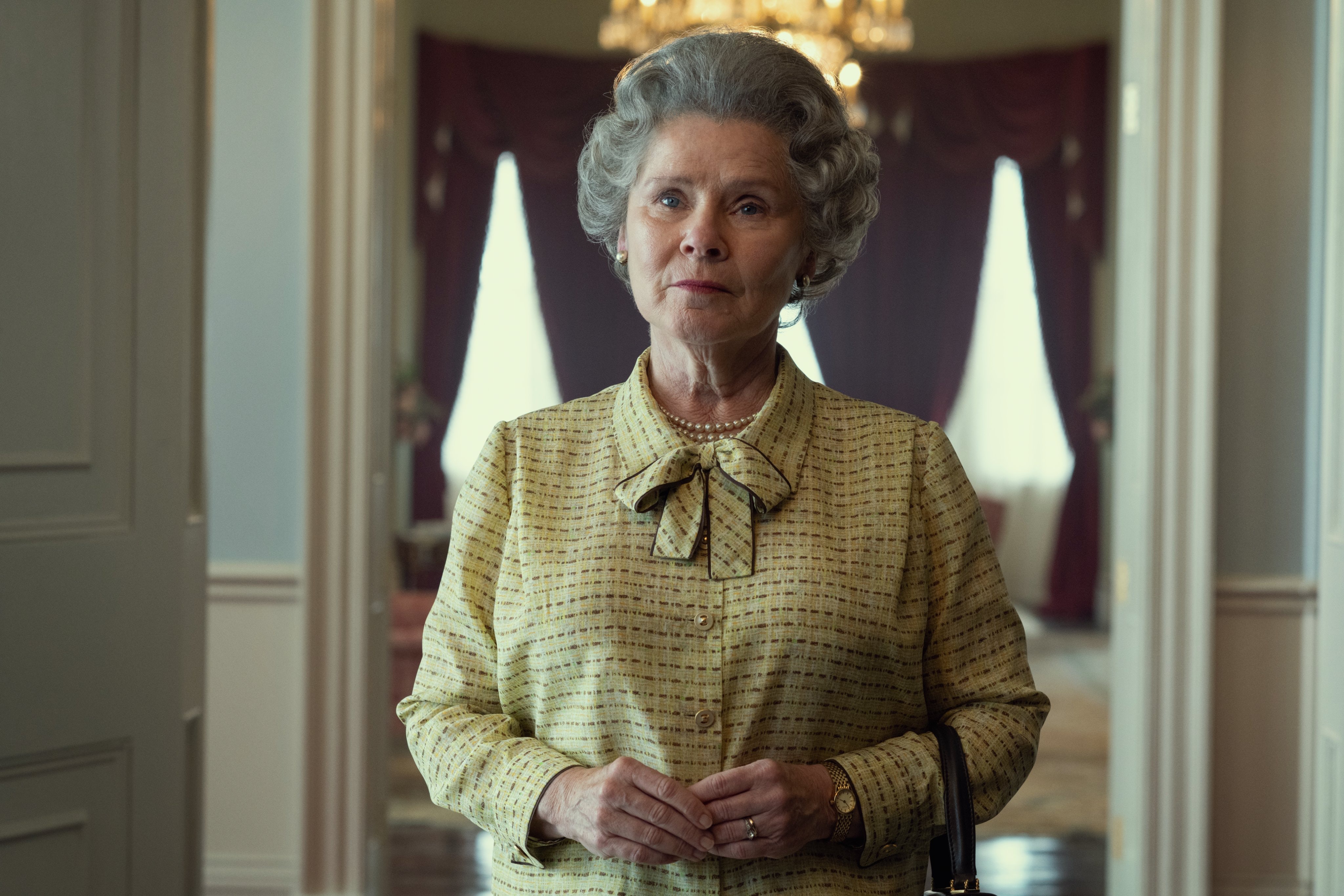 With only two seasons left of the Netflix sensation, The Crown has at last revealed the first official look at the show’s final iteration of Queen Elizabeth II. Imelda Staunton will take over for Olivia Colman, who played the queen in seasons three and four. Spanning the Prime Minister John Major government years, season five will take place during what might be considered the Windsor family’s most turbulent decade of the century.

In the first glimpse of Staunton, the BAFTA-winning and Oscar-nominated actress widely known for her performances in Mike Leigh’s Vera Drake and the Harry Potter film franchise, she appears as a slightly older Queen. Her silhouette and style, however, remain mostly the same—she wears a pale yellow bow blouse, a string of pearls around her neck, and a sensible handbag on her arm. This is very much the picture of Queen Elizabeth fans of The Crown have become quite familiar with thus far.

While the initial peak at the new iteration of Queen Elizabeth II no doubt is exciting to fanatics of the series, what most audience members are probably really waiting for is a glimpse at Princess Diana, who will be played by Elizabeth Debicki in season five. Since this season will take place during the ‘90s, viewers will feast on the post-divorce drama between Princess Diana and Prince Charles, who, as we remember in season four, were very much on the rocks when it came to the status of their relationship. And The Crown rendition of Princess Diana’s post-divorce style will likely be a talking point when the season is released in 2022.

We’re also excited to get a glimpse at the young boys, Princes William and Harry, who were just babies at the end of season four. The season will end with Princess Diana’s 1997 car accident and death, and season six will explore the aftermath of the family’s tragedy.