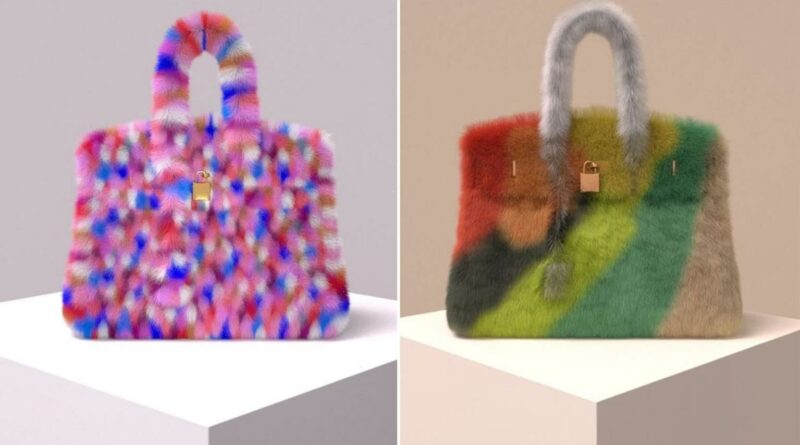 Cardi B shows off her massive Hermès Birkin bag collection

Hermès — whose high-end Birkin bags are favored by society ladies, celebs, and investors — has turned its nose up at a line of digital “MetaBirkins” and is suing NFT creator Mason Rothschild.

The luxury brand filed a complaint against Rothschild in New York’s Southern District Court calling the creator “a digital speculator who is seeking to get rich quick.”

Rothschild has been selling NFTs — or non-fungible tokens, a type of artwork that lives in the digital space — of Birkin bags covered in fur.

In December, he sold one for a whopping $42,000, reports Business of Fashion.

Real-life Birkins can retail from $9,000 and up, and are coveted on the secondary market. A “Himalaya Niloticus Crocodile Diamond” Birkin sold for over $400,000 via auction house Christie’s in Hong Kong in 2017.

In 2012, the brand released just three “Sac Bijou” Birkins, priced around $2 million each.

In the lawsuit filed this week, Hermès states that Rothschild, “simply rips off Hermès’ famous Birkin trademark by adding the generic prefix ‘meta’ … There can be no doubt that this success arises from his confusing and dilutive use of Hermès’ famous trademarks.”

The brand also claims that Rothschild, “seeks to immunize himself from the legal consequences of his appropriation of Hermès’ famous trademarks by proclaiming that he is solely an artist.” The suit adds, “Although a digital image connected to an NFT may reflect some artistic creativity, just as a t-shirt or a greeting card may reflect some artistic creativity, the title of ‘artist’ does not confer a license to use.”

Rothschild disagrees, comparing his use of the Birkin to Andy Warhol’s famed use of Campbell’s soup cans.

Rothschild added, “I won’t be intimidated.”

The NFTs are still up for sale on platform Rarible.