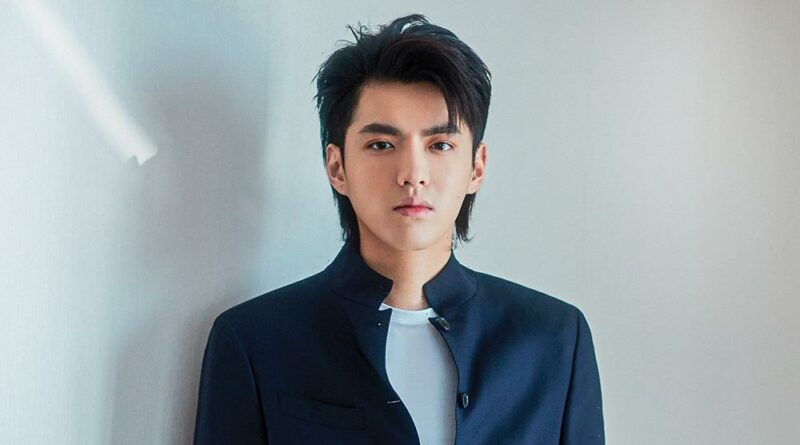 The toppling of powerful men by #MeToo accusations in Hollywood and beyond has be­­come a familiar phenomenon to Americans in the post-Harvey Weinstein era, but in China, such reckonings remain rare. This month, however, two high-profile cases in which public opinion, official rhetoric and institutional action all aligned in favor of the female victims have reignited debate over whether a #MeToo movement can flourish within China’s highly censored confines.

Chinese-Canadian pop icon Kris Wu was arrested Aug. 16 on rape charges in the wake of allegations last month that he seduced young, drunk women. Earlier this month, tech giant Alibaba fired a manager for “overly intimate acts” after a female subordinate accused him of raping her while she was blacked-out drunk on a work trip.

Both cases went viral, dominating the rankings of top hashtags and search topics on social media, and were widely reported by Chinese state media. Such exposure is highly unusual in a country where victim-shaming tends to be the norm and women are often doxxed, unable to bring cases to court or even countersued for speaking out.

But under the surface of the apparent progress lurks an unspoken reality:  #MeToo cases don’t gather steam in China if they’re incongruous with the political agenda of the ruling Communist Party, which controls the courts, the media and what’s allowed to go viral online.

“All the elements that made #MeToo go viral in the U.S. and other countries were not present in China,” says Leta Hong Fincher, author of “Betraying Big Brother: The Feminist Awakening in China.” “A lot of people knew about Har­vey Weinstein in Hollywood, but it still took a lot for that story to break even in America, so just imagine how much harder it is in an increasingly authoritarian one-party state.”

The idea that young women are expected to provide sexual services to their superiors is so prevalent in entertainment and other industries that it has its own neologism: the “hidden rule.”

However, opposition to the convention has been gathering steam since the advent of the U.S. #MeToo movement. Wu’s 18-year-old accuser, Du Meizhu, alleged that he sexually assaulted her after she was brought by his agent to a party at his house on the pretense of a casting call.

“Previously, rape survivors couldn’t tell their stories, find each other or form alliances. The #MeToo movement brought survivors and advocates together, and helped create a framework for discussion and support,” says Li Maizi, one of China’s Feminist Five, a group of activists famously arrested in 2015 for planning a campaign to combat sexual harassment on public transportation.

Now that attention has grown so hot that Chinese authorities can’t ignore it, they’re spinning a narrative to redirect outrage toward their own ends. Notably, Wu’s downfall comes at a time of political tension with Canada, and as Beijing trumpets the need to ban “immoral” celebrities and curb idol-worshipping fan culture. Meanwhile, the Alibaba assault went viral amid a fierce government campaign to rein in and regulate Big Tech.

Over the weekend, police detained the Alibaba manager and a client also accused of molestation but stopped short of calling their actions rape, opting instead for “forcible indecency.”

The state press describes the cases as examples of China’s improving rule of law, not of feminist progress. The official CCTV outlet, for instance, wrote that Wu’s situation shows how “on Chinese soil, everyone is equal before the law … no star quality, fans or foreign passports can protect against that.”

That hasn’t always been true for female victims. The Wu case stands in stark contrast to that of Zhu Jun, a leading CCTV anchor and household name sued in 2018 by a former intern, now a screenwriter, who accused him of forcibly kissing and groping her. He quickly countersued her for reputational damages, then didn’t appear in court when her suit came to trial last December. Three years have passed with no verdict. The case was not reported by the official press, and it was her social media account, not his, that was shuttered.

The continued obfuscation of that ongoing episode reveals how China will never allow #MeToo to cross the red line of exposing government officials or affiliates, a number of whom have ties to show business, says Wang Zheng, a professor who specializes in Chinese feminist history at the University of Michigan.

“Things are selectively exposed. You can’t assume no women are speaking out just because we [don’t] hear about it,” she says, even in entertainment, where so far few allegations have emerged.

While NGOs can be disbanded and online accounts deleted, nothing can stop the spread of ideas.

“This Kris Wu case got so much public exposure that it will definitely have ripple effects,” Zheng says. “The more women say no to power, the more consciousness is raised among other young women. That’s irreversible.”