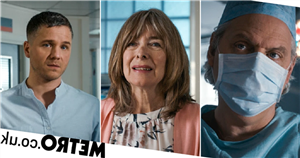 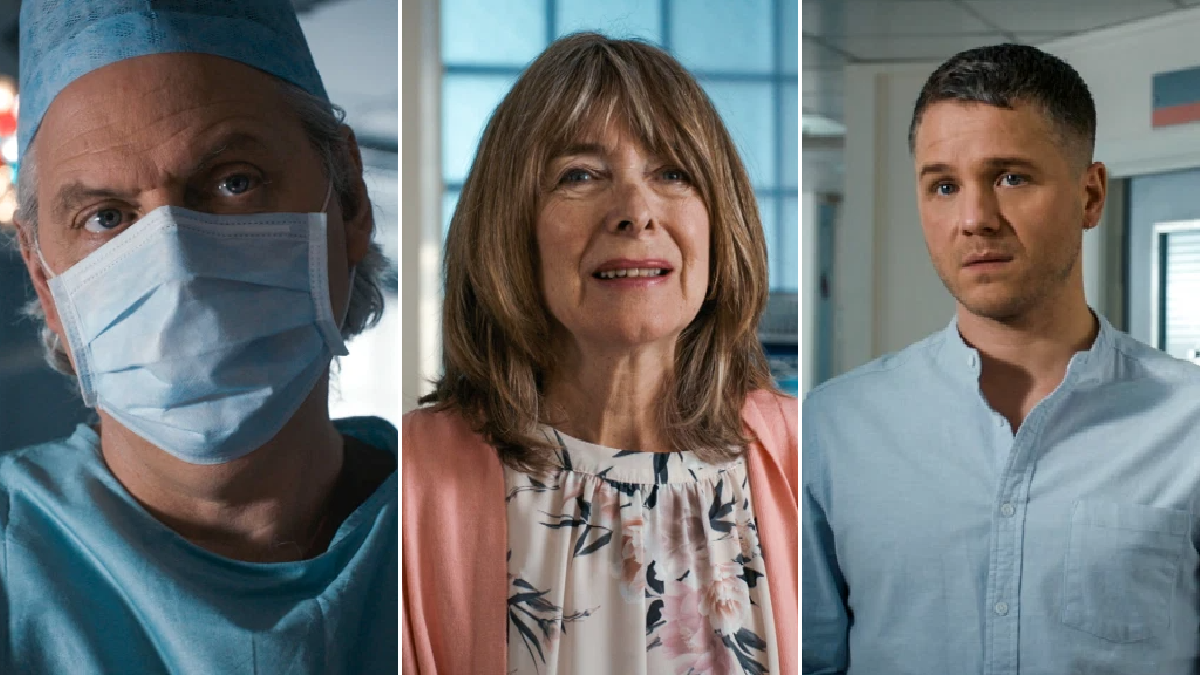 It’s time for everyone to put on their bow ties and fancy dresses in tonight’s Holby City, as guests assemble for a gala fundraising event. But, because this is Holby, there are plenty of tensions brewing behind the glitz and glamour.

Keynote speaker Dominic Copeland (David Ames) is unsettled by his mum, Carole (Julia Deakin), coming back to the hospital to see if he’s free for lunch. Dominic wants to concentrate on his speech, but of course what he doesn’t know is that Carole has recently had a diagnosis of vascular dementia.

When she turns up later in her party frock, convinced she’s going to be her son’s ‘plus one’ for the evening, Sacha (Bob Barrett), who’s aware of Carole’s diagnosis, is worried that she’s getting confused. And when she gets overwhelmed at the fundraiser, Dominic insists on knowing what’s going on with her. How will he deal with Carole’s news?

Kylie (Amy Murphy) and Louis (Tyler Luke Cunningham) are concerned to find a mystery woman in their flat. Is Josh (Trieve Blackwood-Cambridge) messing about behind Ange (Dawn Steele)’s back?

Meanwhile Ange is trying to decide whether she wants to go ahead with the pregnancy or not. How will this new information change things? Is Josh really mature enough to be a father to Ange’s baby?

Hanssen (Guy Henry) is informed that the CQC want to put someone in the CEO role because they have no confidence in him (there’s a rumour going around that it’s ‘someone we already know.’ Who can that be?). At the same time he’s avoiding dealing with Abs Shah (Ali Hadji-Heshmati), despite Max (Jo Martin) insisting that he needs to help the boy otherwise she’ll have to contact social services.

Jeni (Debra Stephenson) persuades Evie (Phoebe French) to come to the fundraiser, where slime-ball Rich Peterson (Richard Pepper), the man one of Jeni’s ‘girls’ had to bite in self defence, remember, has given Jeni a large sum of money, in exchange for Evie.

Will Jeni really stand by and watch the daughter of her boyfriend Fletch (Aex Walkinshaw) walk straight into the clutches of an abuser?