YOU can have a festive snowball fight even if it isn’t a white Christmas this year with these indoor snowballs from Home Bargains – and they’re only £3.99 for 20.

The soft snowballs are designed to feel crunchy like real snow, but without the melted mess and cold hands. 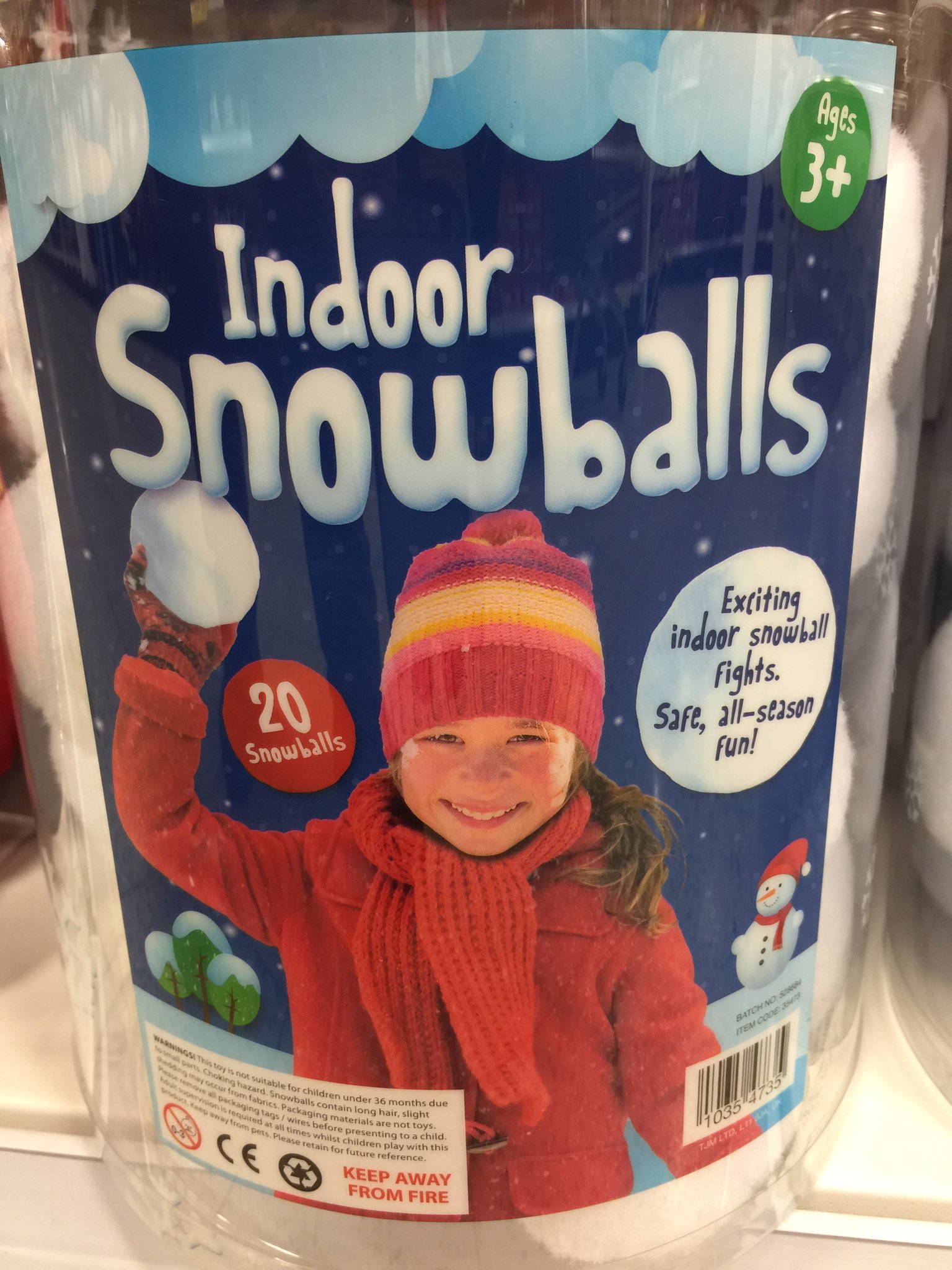 They're made from a cotton-like synthetic material and promise “exciting indoor snowball fights” for “safe, all-season fun”.

You can’t currently get the product online at Home Bargains, but it will be available in stores throughout the festive season.

At just £4, Home Bargains is offering a great deal, with similar products selling on Amazon for between £6.99 and £9.99, plus delivery.

The Sun could only find indoor snowballs in one other high street store – The Entertainer is currently selling 20 packs of snowballs for £5, reduced from a usual price of £10.
That’s still £1 more expensive than Home Bargains though, so it looks like it has the best deal.

A white Christmas is apparently very unlikely, according to the Met Office, and there’s only been heavy snowfall on December 25 four times in the last 51 years.

The last time we had snow on Christmas day was 2010, when half of Met Office stations reported snow lying on the ground.

So, these fake snowballs may be essential if you want to have a snowball fight this December.

You can find your nearest Home Bargains store using its store finder.

If you want to give your home that cosy feeling this festive season, Aldi is selling a comforting wood burner lantern.

Iceland has also released its Christmas offerings, including a pie filled with a full roast dinner.