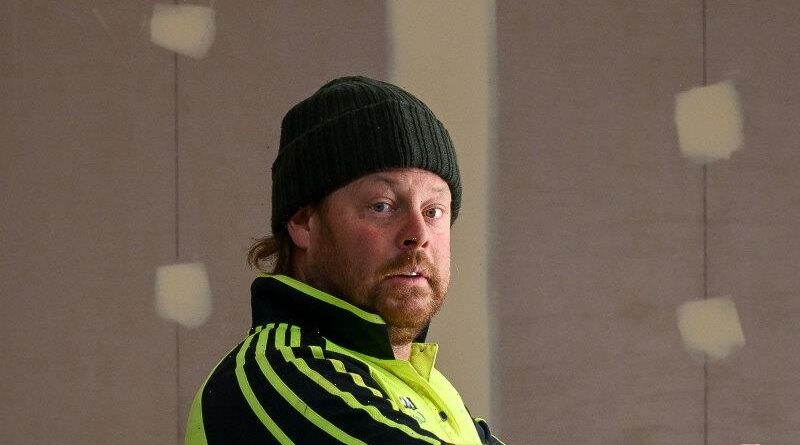 The cost of building or renovating a home has soared by nearly a quarter over the past two years, and is set to climb further with residential builders inflating project costs to protect themselves as more construction firms go to the wall.

In December 2020, an average Victorian housing project cost $245,000, data collated by the Victorian Building Authority using building permits shows. A year later, it had jumped by 28 per cent, to $313,000. And a new analysis by the Housing Industry Association has found the cost of building work rose 22 per cent between May 2019 and May 2022. 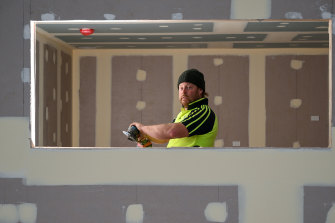 Builder Mark Menegatti at a site in Brooklyn on Friday.Credit:Eddie Jim

“Builders are terrified of making a loss [so] they build in significant contingencies to make sure they are protected against future cost increases,” said Paul Viney, Victorian president of the Association of Consulting Architects. “They are pricing through the roof because of that fear.”

Homeowners and builders typically enter contracts with a price fixed on the day of signing – usually a requirement of lenders, and designed to protect consumers. The contract generally does not allow increases due to the rise and fall of materials and labour costs. But in recent months the cost of building materials has gone in one direction – up.

“One day you’re buying a piece of timber for $3. Two weeks later it’s $6,” said Mitcham-based builder Mark Menegatti. “It’s very hard to be able to actually lock yourself into a fixed cost.”

After quoting for a commercial job in Fitzroy this week, Menegatti told the client he wanted a contract that allowed for cost increases. They refused. Menegatti’s company MRM Construction is running 14 jobs from small house renovations to commercial car parks, lift cutouts, decks, pergolas and driveways.

HIA senior economist Nick Ward said the Australian Bureau of Statistics had estimated material costs were up 15 per cent in the year to March quarter 2021, with an escalation of 18 per cent since coronavirus reached Australia in 2020.

A number of Victorian building companies have collapsed in the past week, leaving hundreds of customers in limbo. Langford Jones Homes closed on Tuesday owing creditors $10 million and with 65 houses unfinished.

On Friday another large private developer, CBD Developments, blamed government rent relief measures and the COVID-19 pandemic for the collapse of its six companies.

After a COVID-inspired pause, banks and the Australian Tax Office have started issuing wind-up notices to struggling businesses, something not done since the pandemic hit.

Coghlan said both small and large builders were now vulnerable. “They operate on such thin margins. When something goes wrong, whether it’s a big project or a little project, that costs a lot of money. All of a sudden, you have an unprofitable project.” 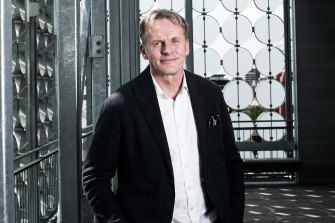 Architect Sean Godsell, who in May won the Australian Institute of Architects’ Gold Medal.Credit:Josh Robenstone

One of Victoria’s most influential architects, Sean Godsell, said the rising cost of residential construction was becoming an acute issue, “increasing at such a fast rate that it makes basic building projects intangible for a large portion of the community”.

Godsell said an unintended consequence of fixed-price contracts and the current rate of inflation meant builders may include larger margins into the fixed price purely to protect themselves.

“If a builder is forced to commit to a fixed price with an unpredictable market that is inflating by the month, the builder quite logically thinks ‘Well, I’m not going to go broke over this project’.”

“I probably spoke to 15 builders in the area who were like, ‘oh, we normally do renovations, but we’re not we’re only doing new builds at the moment, and we’re only doing projects over a million dollars’.”

While demand for builders was unprecedented, Fergus said many were quick to blame them when things went wrong. “Builders are very financially exposed,” he said.

He said the demand for builders was so high because domestic construction ​had been fuelled by the Morrison government’s 2020 HomeBuilder grant, and was also now competing with many other major projects in the state, including social housing builds and ​major transport infrastructure.

Sormann said there should be consideration given to updating the ability of builders to allow for some price rises and falls that excluded any profit margin, in order to prevent builder losses while still protecting consumers.

He pinpointed a range of market forces that had pushed up construction prices since the pandemic started, among them the federal government’s $25,000 HomeBuilder grant in 2020.

“It ended up benefitting the mass residential developers most of all. Some of my clients jumped right on it and they saved $25,000 – but they were all going to build anyway.“

He said the state of the market now meant those considering a major renovation or new build should begin the design and planning process as soon as they could.

“It’s a good time to start taking a project through the early planning stages, with the hope that, in the year or even two years it takes to fully design a project and get it through town planning, we will be in a more settled position.”

For builder Mark Menegatti, skilled trades and labourers are hard to find. “I don’t know where everyone’s disappeared to. There is a massive shortage of people in Victoria.”