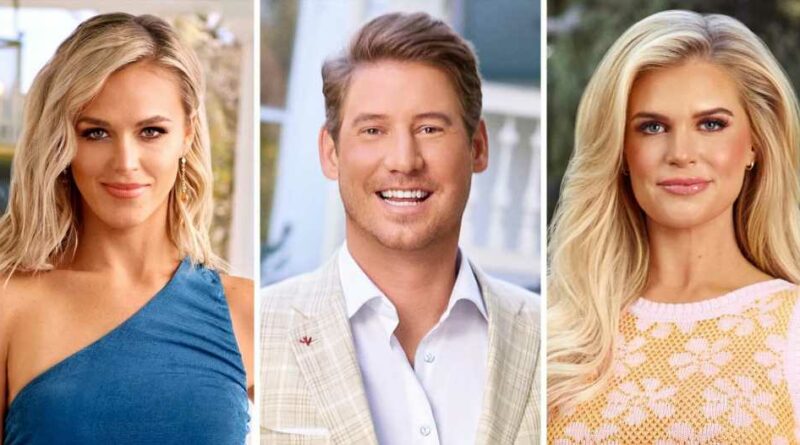 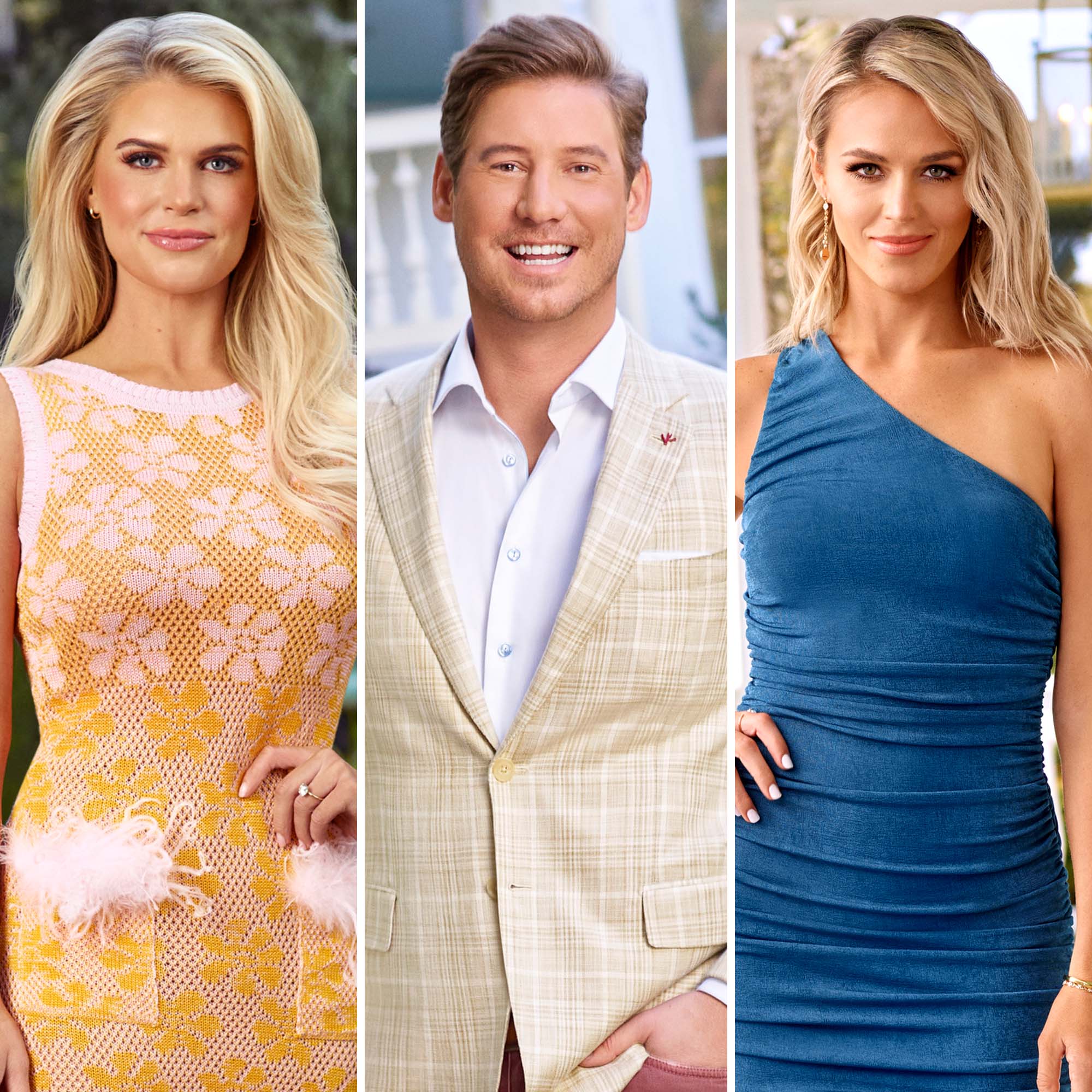 “I’d rather be a homegirl than a homely girl 😎,” the hairstylist, 31, captioned an Instagram picture on Saturday, June 25, seemingly referring to Olivia’s season 8 premiere comments about her being a “homegirl.”

Madison shared a sunkissed snap of herself dining out in Newport Beach, California, on Saturday while on vacation with her fiancé, Brett Randle. She had a smirk on her face and her engagement ring on full display in the photo.

The following day, 30-year-old Olivia fired back on her Instagram Story, sharing a snap wearing a robe and eating a bag of ranch Doritos. “Homely? More like homebody,” she captioned the image. 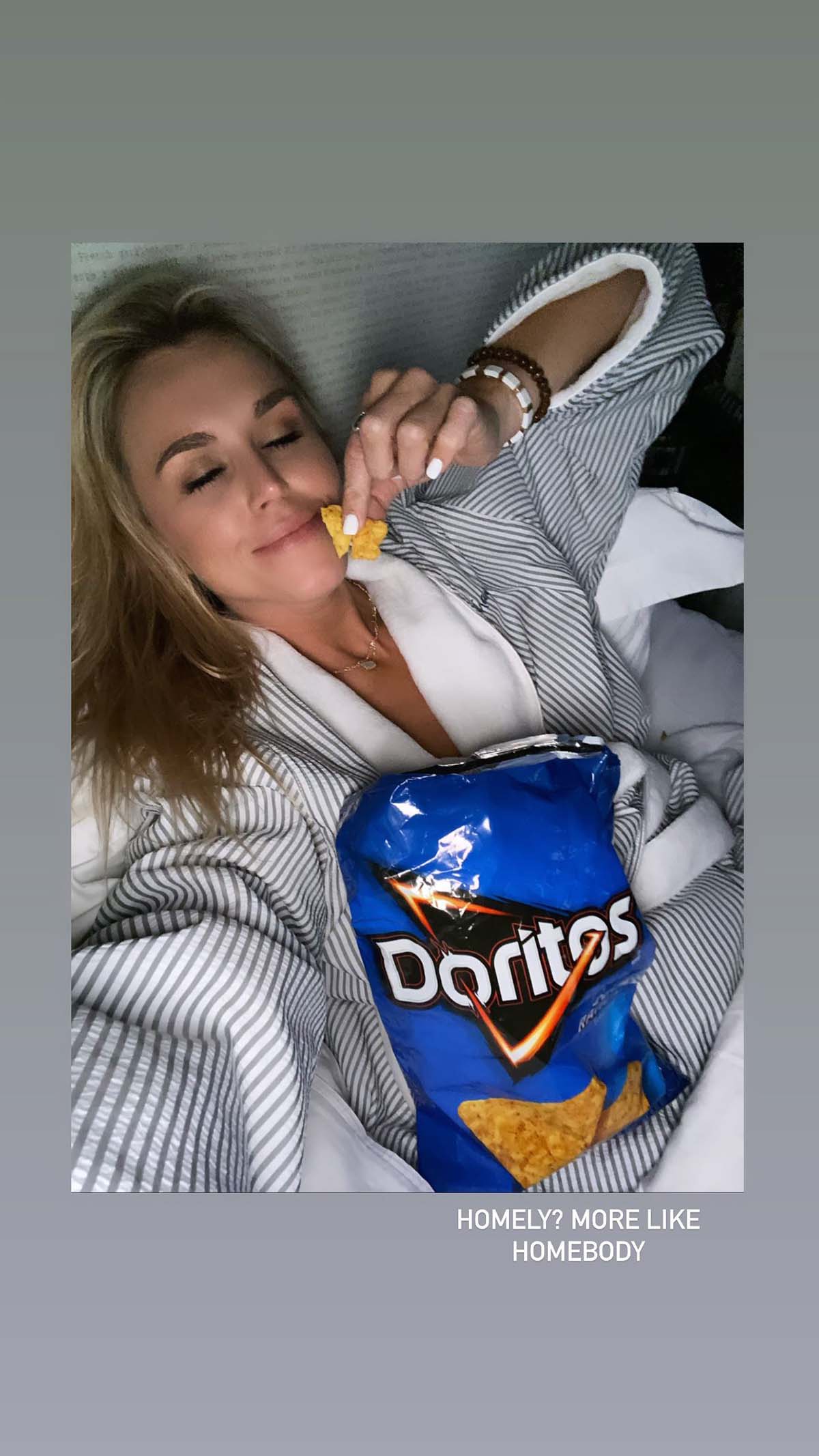 Fans were quick to take sides, with one user commenting on Madison’s original picture, “Daaammnn!!! Best clap back ever. #teammadison.”

A second fan came to Olivia’s defense, writing, “Ignore Madison. She’s very jealous,” while a third user pointed out that it’s “insane” to call the photographer homely, noting, “I didn’t think homegirl was an insult.”

The Bravo stars’ social media feud came just days after Olivia made her Southern Charm debut on the season 8 premiere, which aired on Thursday, June 23.

‘Southern Charm’ Cast: A Complete Guide to Who Has Dated Each Other

During the episode, it became clear that while Austen, 35, was now dating Olivia, he was still uncomfortable being around his ex-girlfriend. (Madison exclusively confirmed to Us Weekly in December 2020 that she and Austen had split after two years together.)

“Oh, s—t! Madison LeCroy, how did I know you’d show up,” the beermaker said during the episode after the Greenville, South Carolina, native arrived at Kathryn Dennis’ Great Katsby party. “I was like, I’ll bet a million dollars Madison LeCroy will show up.”

Madison, who announced her engagement to Randle in October 2021, joked, “Do you have a million to bet?” before mingling with the other guests.

Austen, however, seemed even more tense once the businesswoman walked away. He turned his attention to Olivia, who was his date for the event, telling her, “Don’t worry.” The California native replied, “I’m not.”

Olivia got frustrated by her boyfriend’s demeanor after he continued to insist, “I don’t care if she’s here,” while spiraling at the bar. “We shouldn’t be going on our first date and talking about homegirl,” she later confessed during her confessional interview.

The Kings Calling Brewing founder had many ups and downs with Madison before they called it quits. He has since moved on, exclusively confirming to Us last month that he was in a relationship with Olivia. (The twosome were first linked in late 2021 while filming the reality show.)

Southern Charm’s Austen and Madison’s Messy Split: What We Know

“Olivia is this lovely, lovely woman who is now a cast member, which we can say. I’m just so excited for people to meet her,” Austen told Us in May. “She truly, in my opinion, brings the charming back to our show.”

The “Pillows and Beer” podcast cohost noted that fans will “certainly see where it begins” and the “ebb and flows” of their romance on the Bravo series. Fellow Southern Charm stars Shep Rose and Craig Conover weighed in on Austen’s budding new relationship earlier this month.

“I think Austin tiptoed from his previous relationship, rightly so, into the next one,” Rose, 42, exclusively told Us, adding, “Olivia — spoiler thing — she’s great. And they are currently in a really good spot.”