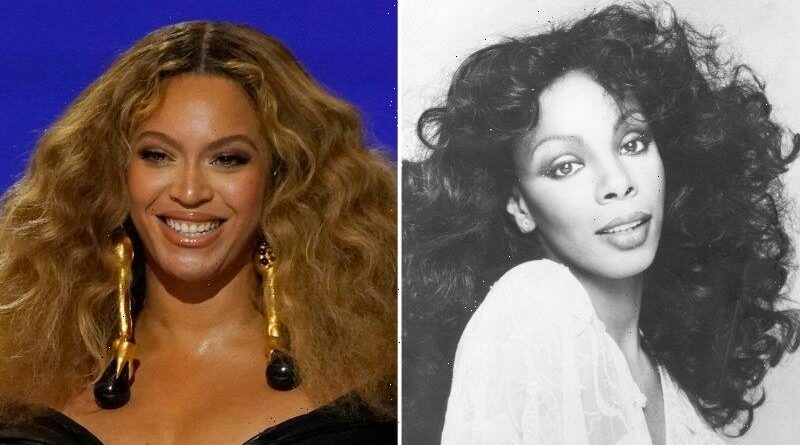 In 2013 French electronic duo Daft Punk released their Grammy Award-winning album Random Access Memories, their first studio album after nearly a decade. Random Access Memories leans heavily into disco and funk music, and the third track on the album, Giorgio by Moroder, is a nine-minute-long tribute to Italian music legend Giorgio Moroder, often referred to as the “Father of Disco”. 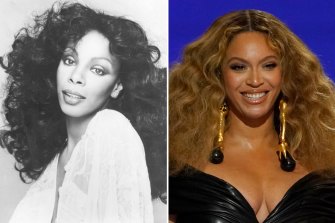 A significant portion of the track consists of a monologue delivered by Moroder, where he discusses his life and approach to producing music, edited from a long interview he conducted with Daft Punk. Just before his voice cuts out and is replaced with Daft Punk’s synths, keys and guitars, he describes the creative process behind one of the most influential records ever released: Donna Summer’s 1977 disco concept album, I Remember Yesterday, produced by Moroder and English musician Pete Bellotte.

“I wanted to do an album with the sounds of the ’50s, the sounds of the ‘60s, of the ’70s, and then have a sound of the future,” Moroder recounts in his monologue. The story he’s telling is the story of how I Remember Yesterday came together. Each track combined disco elements with popular musical elements of each decade, before culminating in one of the most influential tracks ever released: I Feel Love, the final song on the album.

I Feel Love was the “sound of the future” Moroder was referring to. He goes on in his monologue to explain how his pioneering use of an early-era Moog synthesiser helped the song find its futuristic sound. I Feel Love went on to top the charts around the world, including here in Australia. It inspired David Bowie and Blondie, and is generally accepted as the song that created modern electronic dance music. Once you realise the impact this track, and Moroder more generally, had on the development of electronic music, you can understand why Daft Punk dedicated a full nine minutes to him on Random Access Memories.

You can also understand why Beyonce, herself one of the most influential artists of her generation, decided to pay her own tribute to Moroder, Donna Summer and I Feel Love on her latest album, Renaissance. The whole album is a dazzling, thoughtful and cohesive love-letter to house music, disco and techno – genres pioneered by black and queer artists in the second half of the 20th century. By collaborating with artists like the Chicago-born DJ Honey Dijon and sampling an eclectic mix of music including tracks by Right Said Fred, James Brown, Robin S., and Kelis, Beyonce is taking listeners on a history tour of some of the most important and influential dance music ever released.

But it’s her interpolation of 1977’s I Feel Love that masterfully ties the whole project together. Summer Renaissance is the closing track on Renaissance, just as I Feel Love was on I Remember Yesterday. Beyonce’s track starts with a driving bassline and synth chords that immediately evoke Moroder’s iconic production on the original song, and when we hit the chorus we get to hear one of the world’s greatest pop singers replicate Donna Summer’s masterful croon of “It’s so good, it’s so good, it’s so good”.

Nothing about Renaissance feels accidental. Placing this song last on the album isn’t just a fitting musical conclusion, it’s a clear allusion to the placement of the original. Summer’s version was about throwing forward to the sound of the future, while paying homage to the history of pop over the preceding three decades. After taking us on a similar journey across the journey of electronic music, Beyonce is both anchoring the record and positioning herself as the forefront of pop. She’s as iconic as Donna Summer, and she wants us to know it.

Summer Renaissance isn’t just a reference to the season, nor is just a tribute to Summer. It’s a statement that Beyonce is building on the foundations of those who have come before her, and creating something new out of the pieces of the old. The European renaissance wasn’t just about rediscovering the art and ideology of antiquity, but superseding it. That’s the story Beyonce is trying to tell, and that’s why Donna Summer and Giorgio Moroder are such important parts of it.

You can listen to The Age and The Sydney Morning Herald’s culture news editor Osman Faruqi discuss Beyonce’s new album Renaissance on the latest episode of our weekly culture podcast, The Drop.

Russia MELTDOWN: Millions now out of work as Putin desperately scrambles to cover up chaos

'Humiliated' resident of Prince Charles' village is being EVICTED
Travel