Tickets for a family of four to visit Cineworld, Vue or Odeon can cost as little as £15 or as much as £65 depending on where you live. 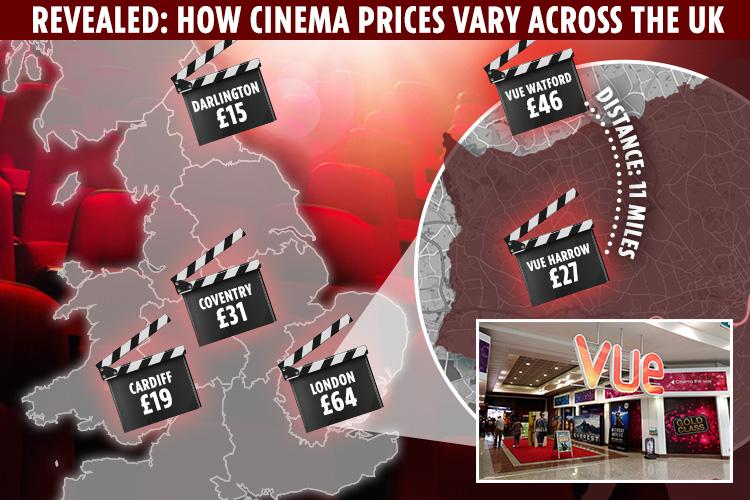 And ticket prices vary wildly within the same areas – with one cinema charging families £50 for a film that costs just £27 less than 18 miles away.

But it is just £27 at the Odeon Bracknell in Berkshire, 18 miles away.

Meanwhile, the same film costs £46 at the Vue in Watford, Herts, this Saturday – even though it's just £27 at the Vue in Harrow, London 11 miles away. 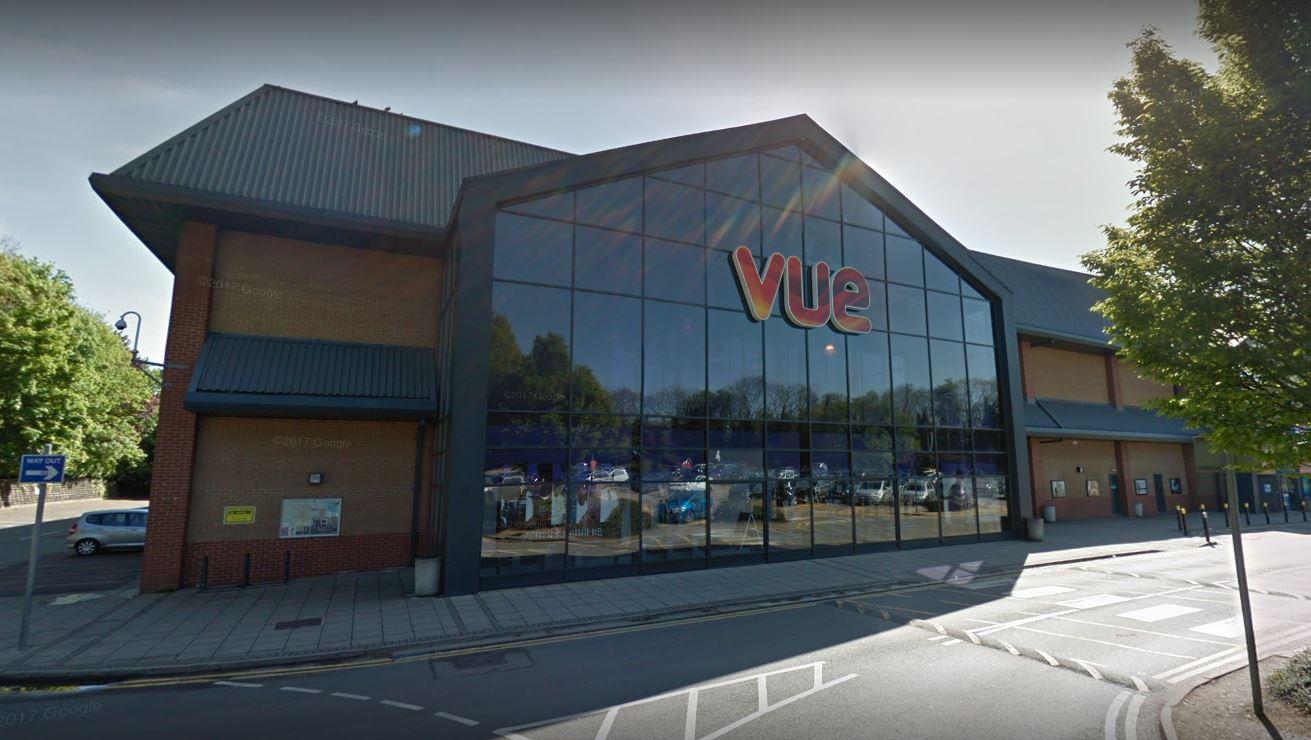 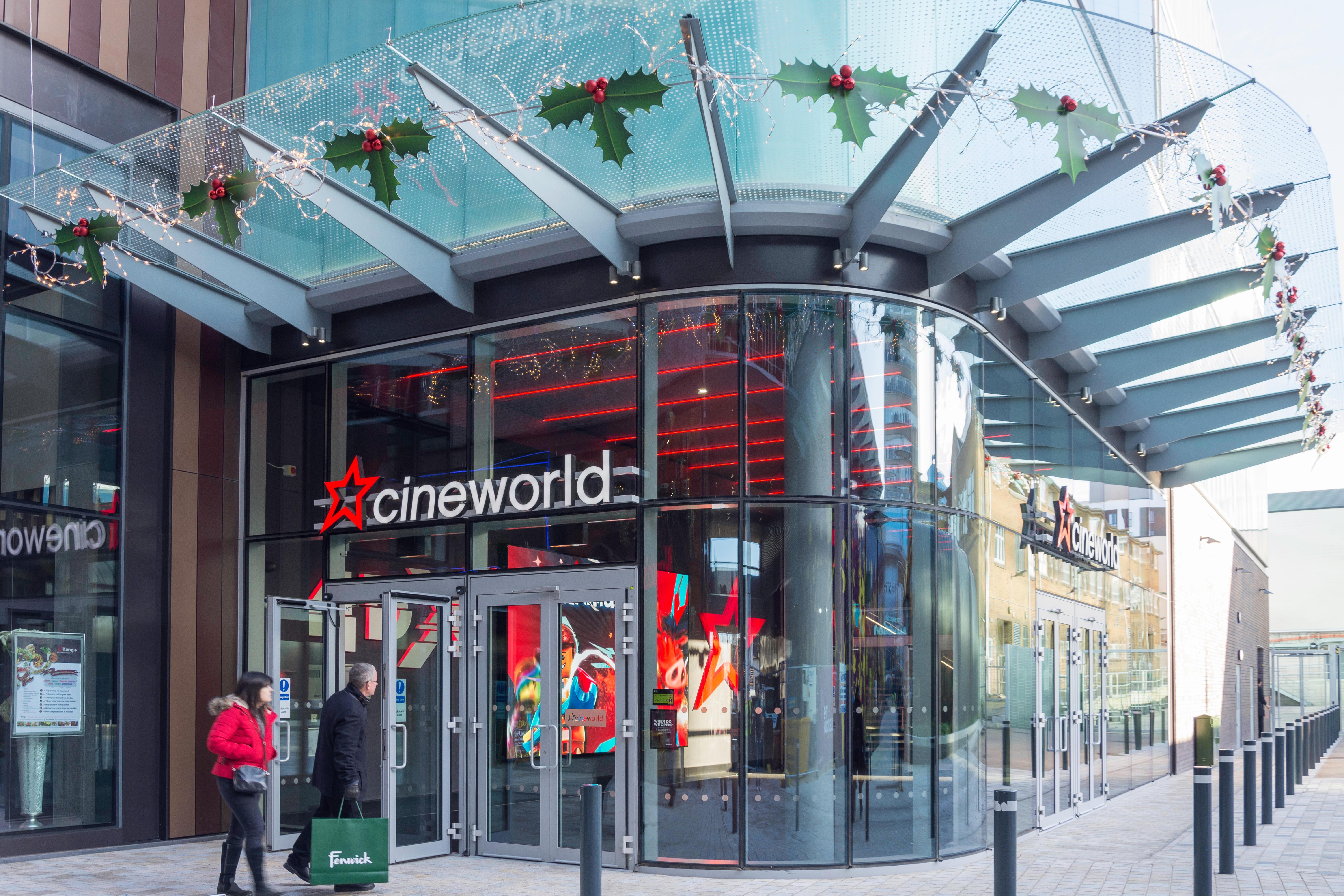 Peter Jones, who started a petition to get the Vue in Carmarthen, South Wales to cut its £38 price to match Cardiff's £19, said: “I understand rents vary but a chicken from Tesco or a car from Ford isn't twice or triple the price depending where you buy it.

"It's outrageous that the same businesses are charging some customers so much more than others just a few miles down the road."

Prices were taken from the company websites, with promotions and bundles excluded. 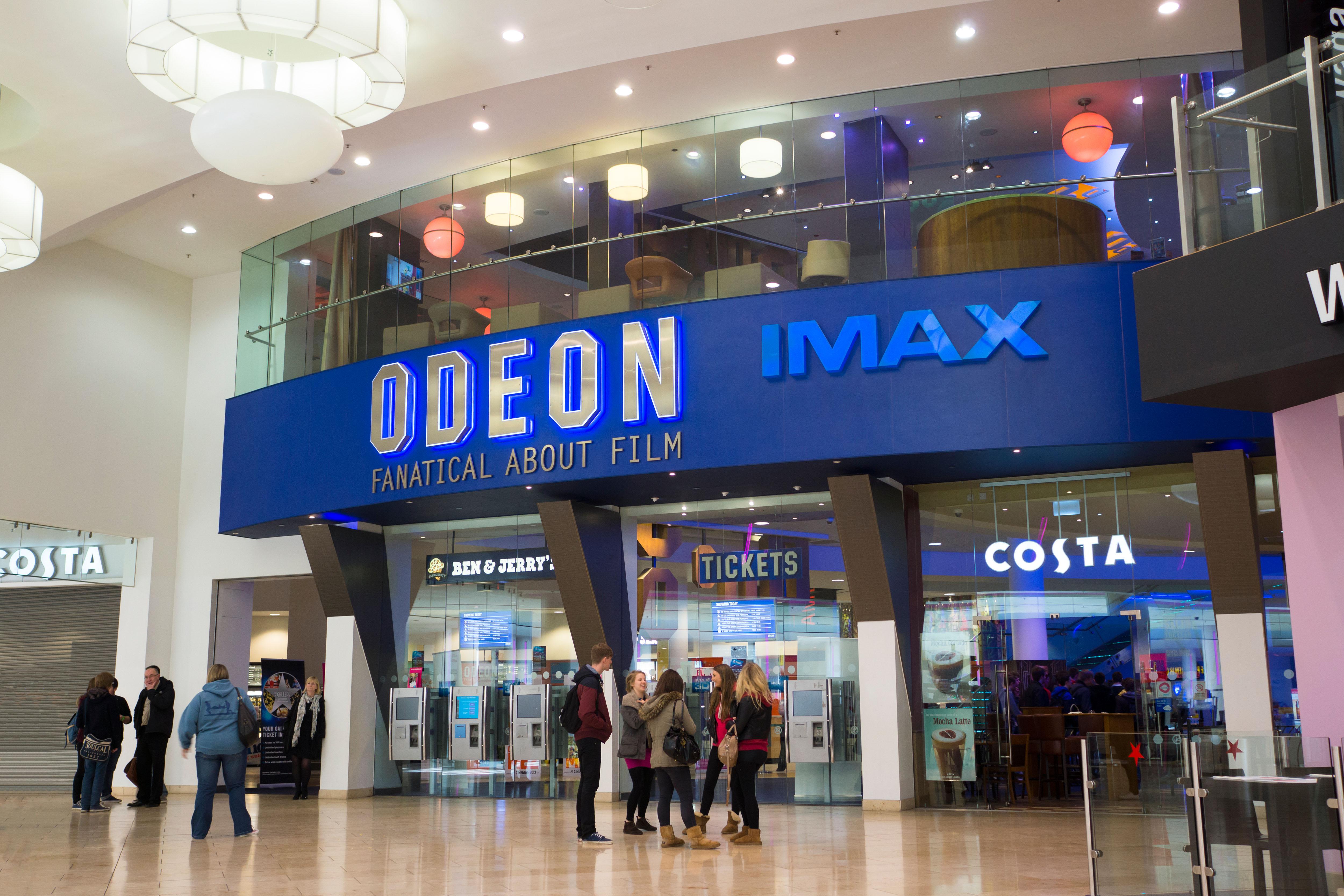 Unsurprisingly, the most expensive screens were found to be in London, with Vue topping the chart at £64 in Leicester Square or £58 in Finchley Road.

Cineworld in Leicester Square costs £56, while the Odeon in Richmond will hit your wallet nearly as hard at £54.

A trip to the movies is much cheaper in parts of the north-east and Wales. The same tickets will cost just £15 at the Odeon in Darlington, County Durham.

Cinema prices in Greater London range from £45 to £64

Meanwhile, Cineworld costs 2.8 times less in Cardiff than in Richmond.

There are also big differences between the chains, even if their cinemas are close to each other.

Film fans in Bracknell, Berks, who don’t fancy £38.20 for Cineworld tickets can save a tenner by walking just four minutes across town to pay £27 at the Odeon for the same film on the same day.

Odeon Norwich, Norfolk will set you back £45.50 but it’s practically half price just half a mile away at the Vue, where tickets are just £22.96.

The five cheapest places to go to the cinema

Cineworld said prices reflected a range of factors including rent and running costs unique to each cinema.

Odeon said a family ticket would be cheaper than buying two adult and two child tickets and that prices were influenced by factors including “ticket type, time of day, type of film, location, local property rent and other costs.”

Vue did not respond to The Sun.

It comes after The Sun Online reported this summer that prices at pub chain Wetherspoons can vary by as much as 60 per cent based on where you drink.

The chain charges £10.20 for a sex on the beach cocktail at the Montague Pike in Soho, London, but if you walk six minutes down the road to another branch – The Moon Under Water, near Leicester Square – the same drink costs just £6.50.