Home » Lifestyle » How to turn your leftovers into consistently delicious meals 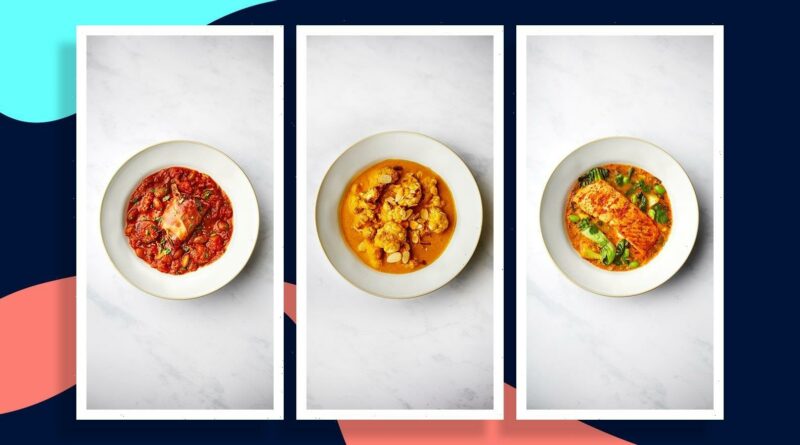 Feeling stuck on what to cook at home? Try these dinner recipes that you can transform into delicious lunches the next day, from the founder of ByRuby.

Welcome to The Curiosity Academy, Stylist’s new learning hub where you can access workshops, how-to guides, new research and learn the most up-to-date skills from the UK’s most in-the-know people.

As the weather warms up, you’ll probably want to spend more time outside and less time leaning over your hob making lunch and dinner. Plus, with more of us heading back to the office and parts of normal life beginning to return, we may have fewer opportunities to cook at home. This is where batch-cooking and learning how to easily transform your leftover meals into delicious dishes of their own comes in.

Batch-cooking and heating up leftovers might sound dull, but it doesn’t have to translate to eating a bland spaghetti bolognese every night. In fact, batch-cooking and experimenting with leftover food will give you more time to explore new flavours and cuisines, as you only need to put aside a night or two a week to cook. Plus, there are so many ways to spruce up your leftovers to make them taste totally different to the meal you ate the night before.

Ruby Bell, the founder of meal delivery service ByRuby, is a huge advocate of re-heating and re-creating leftovers and believes it can actually improve the flavours of your dish.

Ruby’s book, Freeze: Super Nourishing Meals To Batch Cook, Freeze And Eat On Demand, sees her trial 90 recipes designed to be eaten as leftovers, so she’s learnt a thing or two about how to spruce up surplus food effectively.

Here, she shares her tips for levelling up your leftovers, as well as three recipes that will taste even better the day after you cook them.

Keep your leftovers in individual portions

Cook your food as normal (although you may have to increase cooking times slightly) and then divide the portions into individual tupperware containers. These can be stored in the fridge or the freezer. “Then it’s already in the portion size you need and you can re-heat it straight away,” says Ruby.

A usual portion is about 300 to 400 grams depending on whether you have sides with your meal (and how hungry you are).

Store your leftovers in tupperware

Once you’ve finished cooking, it’s tempting to leave your meal in the dish it was served in. However, Ruby says it’s crucial to store your leftovers in Tupperware with an air-tight lid. “That way, there’s minimum risk of any cross-contamination,” she explains.

Ruby recommends leaving your leftovers in the fridge for no more than three days. After that, you can freeze them. “You can pretty much freeze anything,” she says, adding that the only things that won’t freeze are things like fresh salads or other dishes you eat raw or cold.

Opt for the microwave for re-heating (most of the time)

The only dishes you should re-heat in the oven are those you’re looking to crisp up, like a pie that has a crisp top. Warming dishes in the oven will generally take 35 to 40 minutes.

“Use cling film in the microwave and really tighten it so the meal doesn’t lose its moisture,” says Ruby. “In the oven, wrap it tightly in foil.”

If you’re cooking from frozen, microwave your meal for another four to five minutes, or leave it in the oven for an extra 10 minutes. According to Ruby, you only need to leave meals for more than six people to defrost before heating.

The best way to keep your leftovers feeling fresh, according to Ruby, is to add fresh herbs to them. This reinvigorates the meal, even changing up the flavours if you want to.

Ruby also recommends having a good quality olive oil to hand that you can add to the dish to ensure it doesn’t become dried out when you reheat it. “Those elements really add an extra dimension to it,” she adds.

Ruby’s favourite meals that work just as well as leftovers

“This recipe tastes just like your favourite Indian takeaway korma,” says Ruby. “Its creamy sauce is something I crave and keep coming back for more – you really can’t believe it’s not laden with cream!”

“Having a stash of this in your freezer will stop you from reaching for the takeaway menu,” she adds.

2. In a large saucepan put a good glug of oil and add the onion, garlic and ginger. Cook for five minutes.

3. Cover the vegetables with water and bring to a boil. Then turn down the heat to a simmer and cook for 30 to 35 minutes until all the liquid has been reduced.

4. Stir in the tomato puree, salt, and spices. Then simmer for a further 10 minutes.

5. Take the saucepan off the heat and use a hand blender or food processor to blend into a smooth puree.

6. Mix ⅓ of the mixture with the chunky cauliflower pieces and roast for 25 minutes, or until the cauliflower has coloured and slightly caramelised.

8. Stir in the coconut milk and continue to simmer on a medium to low heat for 15 minutes, stirring occasionally.

9. Take off the heat. Season with salt and pepper to taste. Add the roasted cauliflower. Serve with a sprinkling of toasted almond flakes.

Keep in freezable, ovenproof portion-sized containers. Portion out 350g of the cauliflower korma mixture in individual containers. Once the mixture has cooled, put a few toasted almonds on top. Write ‘best before six months’ on the container.

Preheat the oven to 180ºC (350ºF), Gas Mark 4. Take off the lid of the ovenproof container and then cover the top with foil. Place on a baking tray and heat in the centre of the oven for 40 to 45 minutes or until piping hot. Leave to stand for three minutes before serving.

“This recipe is packed full of flavour but it’s also very nourishing and healthy,” says Ruby. “It’s a lovely light dish on its own and great with rice noodles.”

2. Put the fish fillets in a bowl along with the marinade ingredients. Rub the marinade all over the fish then cover and place in the fridge to marinate while you make the rest of the recipe.

3. In a medium saucepan on a low heat add the Thai red curry paste along with the sesame oil. Cook for five minutes or until it starts to smell aromatic.

4. Add the lime leaves, fish sauce and coconut milk. Slowly reduce the sauce until it starts to thicken, about 20 to 25 minutes.

5. Take the sauce off the heat and add the chopped coriander leaves, lime, pak choy, soy sauce and edamame beans.

If you are freezing some of the batch then leave out the next step.

6. Put the sauce in the bottom of a baking dish and top with the fish filets. Cook in the oven for 10 to 15 minutes or until the fish is just cooked through.

In freezable and oven-proof containers, portion out 200g of the Thai sauce then put the marinated raw fish fillet on top. Once it has cooled put the lid on and write ‘best before six months’ on the container.

Preheat the oven to 180ºC (350ºF), Gas Mark 4. Take the lid off the oven proof container and then cover the top with foil to ensure the food will not dry in the reheating process. Place on a baking tray and heat in the centre of the oven for 30 to 35 minutes or until piping hot. Leave to stand for three minutes before serving.

“My dad used to make this stew when we were young,” Ruby says. “Borlotti beans make this dish a fabulous and filling one pot wonder”

2. Put the chicken thighs in a bowl with the lemon zest and thyme and mix.

3. Wrap each chicken thigh in two strips of bacon then place on a baking tray. Once all the chicken thighs have been wrapped, bake in the oven for 20 to 25 minutes or until cooked through.

4. Put the dried borlotti beans in a pan and cover with water. Cook for an hour, or until the beans are just soft but not mushy. Drain and keep aside.

5. To make the sauce, put a pan on medium heat and add the diced onion, carrots and celery. Cook until the vegetables are soft, about 10 minutes.

7. Add the ketchup, Worcestershire sauce, red wine vinegar, sugar and chorizo. Cook for five minutes. Then add the chopped tomatoes, reduce the sauce and simmer for a further 10 minutes.

8. Take off the heat and add the cooked beans, parsley and season with salt and pepper to taste.

9. To serve, put 200g of beans on the plate (or in your freezable containers). Place one chicken thigh on top.

In a freezable and oven-proof container, portion out 200g of the tomato and bean mixture. Then add one thigh per portion on top of the beans. Once the mixture has cooled, put the lid on and write a label ‘best before of six months’.

Preheat the oven to 180ºC (350ºF), Gas Mark 4. Take the lid off the oven proof container and then cover the top with foil to ensure the food will not dry in the reheating process. Place on a baking tray and heat in the center of the oven for 40 to 45 minutes or until piping hot. Leave to stand for three minutes before serving.

You can find more recipes at Stylist.co.uk and, if the thought of cooking is too much for you altogether, you can buy ready-made frozen meals from ByRuby. #

Ruby Bell trained at Leiths cookery school in London before meeting Milly Bagot, her creative co-founder, while working as head chef at Finns of Chelsea.

They launched ByRuby together in 2017, a service creating high quality frozen ready meals with fresh ingredients.