At the age of 73, Sir David Hare is a survivor, literally as well as metaphorically. He was recently stricken with COVID-19 and – as no one familiar with the prolific playwright, author, screenwriter and director’s work over decades will be surprised to learn – he’s already written a play about it. The Beat the Devil monologue has been performed by Ralph Fiennes at London’s Bridge Theatre, and the play has been invited to the Adelaide Festival, where Hare will perform it, travel restrictions permitting.

In the meantime, his work is on display in the four-part political drama Roadkill, which stars Hugh Laurie as ambitious Tory politician Peter Laurence. The series begins with the cabinet minister exiting the High Court, having successfully sued a tabloid newspaper for defamation. 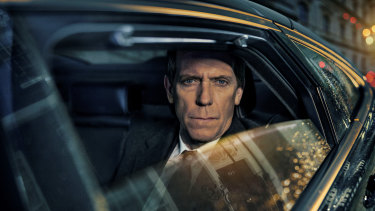 Hare says the drama grew from his desire to examine the English devotion to Conservative politics and to ponder its modern incarnation. “Our last six governments have been Conservative and yet there’s this absence of fiction about them,” he says. “It’s an extraordinary gap, considering how powerful they are and how dominant they’ve been in the 21st century.

“I’d never given much thought to why the British love the Conservative Party so much. The English are deeply conservative. It’s something to do with the character of the British people, which believes in the Conservative virtues of individual responsibility, standing up for yourself, looking after your own cause, individual entrepreneurial virtue trumping shared values and common good.

“That’s really what Peter Laurence represents. He’s enlightened, he’s modern, he’s from a working-class background. The series’ basic conceit is to say, suppose there were a charismatic, gifted, intelligent Conservative leader: what would they look like now? And my answer is: Peter Laurence.” 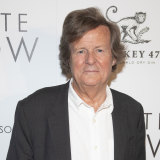 In addition to the resolution of the court case, the plot-packed opening sees Laurence’s barrister (Pippa Bennett-Warner) revealing her suspicion that her client might not be completely honest. Soon after, an event from his past comes to light and threatens his reputation and his family.

Laurence has a long-time marriage to Helen (Saskia Reeves) and two adult daughters, and it becomes clear that his priorities have adversely affected the family. He also has a mistress (Sidse Babett Knudsen) and a perpetually hovering political adviser (Iain De Caestecker). In addition, the journalist (Sarah Greene) who broke the now-discredited newspaper story refuses to abandon her investigation of Laurence’s past.

Hare says he was endeavouring to create an ambiguous character with Laurence and that “we would go straight from his moment of triumph to his moment of greatest threat”.

As Laurence battles to improve his situation, Hare’s landscape opens out to take in the workings of the newspaper and a privately run prison, as well as the activities of political advisers and big-business interests.

Heading the government as Laurence tries to weather the turbulence is Prime Minister Dawn Ellison (Helen McCrory). Hare describes her with a chuckle as “one of those people who is not cursed with self-doubt and is not cursed with excessive self-knowledge”. 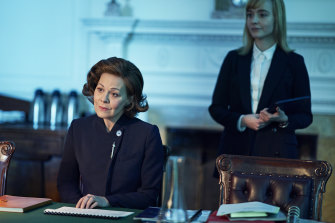 Hare adds, “Helen said to me, ‘Can I please play this character forever? I just love someone this brusque, someone who doesn’t seem to have any doubt, but just proceeds’.”

Describing the relationship between Laurence and his PM as a “merry war”, Hare says: “Laurence has all the appeal of conservatism, the values of pulling yourself up by your bootstraps, which is what he’s done. But he also has the downside of conservatism, which is a tendency to move on very fast. And freedom is a very convenient philosophy: if you say that everyone is free to behave how they choose, then are we responsible for each other? And in what way are we responsible for each other?”

Hare and Laurie go back a long way. “Hugh was originally a comic and, at university, Emma Thompson encouraged him to become an actor,” he notes. “He was a rower. Emma saw something in him and said, ‘You’d be a brilliant comedian.’ He became a comic for the first 10 years of his working life.

“I cast him in a small part in a 1987 film called Strapless, a serious part. After he’d done that, I said to him, ‘You should take this acting business seriously, you’re really good at it.’ He said, ‘No, I’m just a buffoon; I work with Stephen Fry and Rowan Atkinson.’ I said, ‘You are completely wrong, you’re a good actor and you should move into that.’ I’m proud that I spotted that first.”

“I cast him in a small part in a 1987 film called Strapless. I said to him, ‘You should take this acting business seriously, you’re really good at it.’ … I’m proud that I spotted that first.”

Although Hare has previously directed versions of his work (including Page Eight and Paris By Night), he says that Roadkill and the 2018 crime drama Collateral have reawakened his love of collaboration.

“About five years ago, I was sick of collaborating because I’d had two bad experiences in the theatre,” he says. “And people now shoot at this ridiculous rate. I’m in my 70s and I don’t want to be in the Kennington Road at 3am. It’s a young person’s game: all that night shooting, all that complexity. You’ve got to have physical strength for it. But I would love to make another movie. 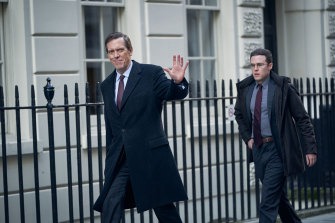 “Young people have brought back my love of collaboration. I didn’t direct Collateral and I loved collaborating with S.J. Clarkson.”

Hare is equally enthusiastic about director Michael Keillor (Line of Duty), whose work on Roadkill features some memorable encounters between Laurence and Dawn, who represent different types of Conservative politician – one guided by the past and the other keen to move beyond it.

“There’s a tremendous tendency in Britain to be defined by the past,” Hare says. “We’ve got a prime minister whose only model is Winston Churchill. Peter Laurence is not that: he’s a modern man, but the cost of being a modern man is to bury the past. And that comes at a price.

“That’s the ambiguity about the series. It’s about our relationship to the past: is it better to just cross it out and move on, or is it best to acknowledge it? That’s what the series is about.”